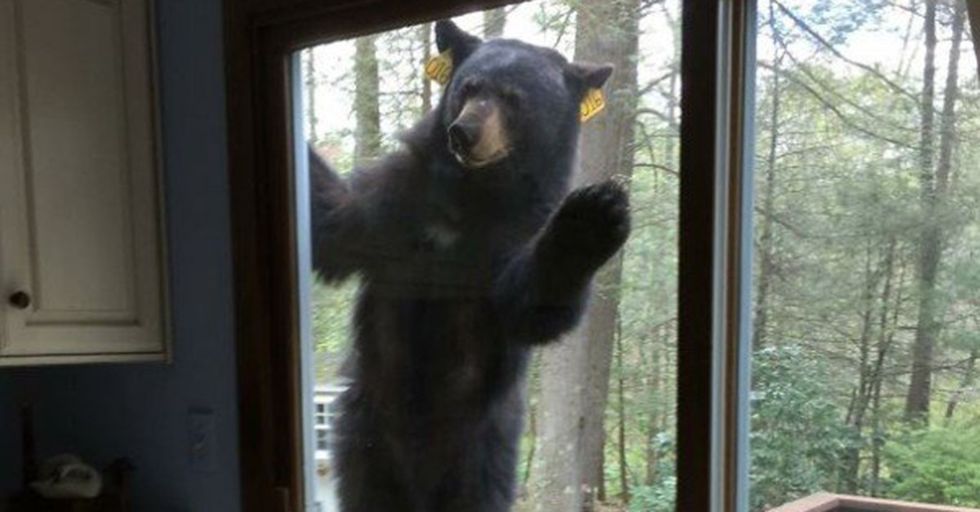 Lots of city-dwellers won't be able to relate, but for those of us who live in the country or even in the suburbs, wild animal visits aren't all that uncommon.

But that doesn't mean that every visit isn't fun or interesting. Well, in a few instances, they're downright terrifying. Take a look. It won't be hard to determine which is which.

Well, it's a regular woodland pals jambaroo on this house's deck!

I think I know who's been eating the crab apples off the tree.

"Hello. I've been expecting you!"

"Room for one more on this boat?"

Normally cute, but in your shower? Uh, no.

I can't believe that's a real caterpillar! It looks like an artist's rendering.

Why is a seal giving me a disappointed look?

Fox isn't quite sure if you can be trusted.

This one's a little more accepting.

"May I ask for two minutes of your time?"

They're not exactly "wild," but there sure are a lot of them.

It doesn't even look like that bird's capable of flying!

That bird looks pretty upset it's on someone's arm.

Ever wonder what a squirrel looks like when it's begging?

When a squirrel binges on bird seed, then falls asleep.

See? Even owls can look friendly from time to time.

I don't know what animal this is, but I LOVE it.