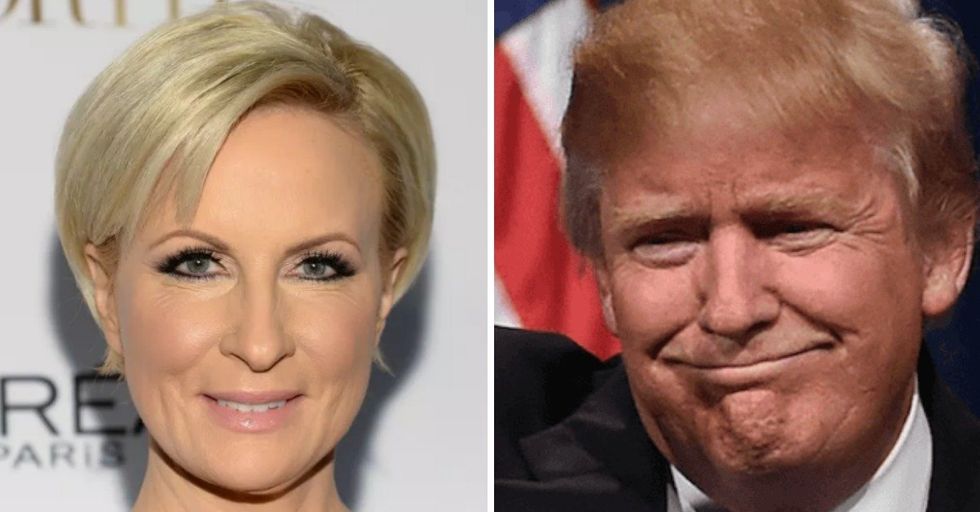 Trump hasn't been known to get along well with reporters His latest reporter-foe is an MSNBC Host, and this attack is once again on a woman and is of course about something to do with her appearance.

The fake magazine was a topic of discussion this morning with MSNBC's Joe Scarborough and his Morning Joe co-host (and fiancée) Mika Brzezinski. During this segment, Brzezinski said, “Nothing makes a man feel better than making a fake cover of a magazine about himself, lying every day, and destroying the country." She went on to say that in the photo, “he’s covering his hands because they’re teensy."

Trump didn't take kindly to this, and went on a Twitter rant.

And he wasn't done yet.

The president also said Brzezinski was "bleeding badly from a face-lift" when he met her at Mar-a-Lago around New Year's Eve.

Brzezinski has not officially responded to Trump's comments, but she did send out this epic tweet: