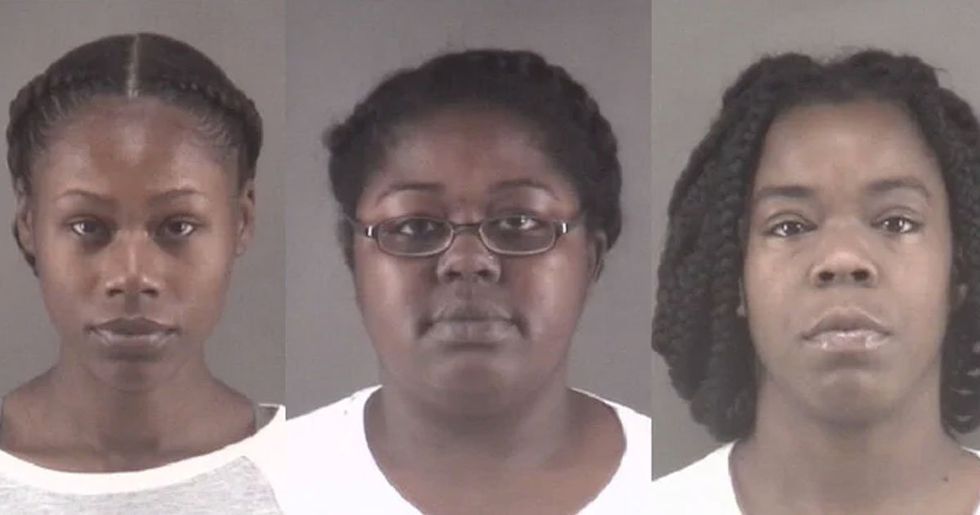 Many of us rely strongly on nursing and care homes to take good care of our loved ones, especially when they are sadly suffering from mental illnesses such as dementia or Alzheimer's disease.

These homes are there to ensure elderly patients live comfortably and safely for their last few years, but there are some cases when the rules of these facilities are abused by corrupt members of staff.

Three workers at a nursing home in North Carolina have been arrested after it was found that they were running a secret fight club between elderly dementia patients.

This disgusting abuse of power is truly sickening, and it is safe to say that the young women involved have gotten what they deserve.

Nursing homes are intended to be a safe space.

People who live in care homes are there for a reason. They require around-the-clock care due to elderly age and chronic conditions that they will sadly live with for many years.

Nursing home staff must be patient and kind.

A lot of residents are moved to nursing homes due to conditions such as mobility issues, Parkinson's disease, MS, dementia, and Alzheimer's disease.

Caring for another person isn't an easy job...

But it can be extremely rewarding. Residents need not only constant medical care, but they also need emotional support and a friend to talk to.

When a person is coming towards the end of their life, it can be pretty scary.

So this is why it is of the utmost importance for workers at nursing and care homes to make their residents feel as comfortable and safe as possible - people who are unable to care and be kind towards others shouldn't work in these facilities.

Sadly, there are people in this world who take pleasure in seeing the suffering of others.

And these people have been known to completely abuse their power when working around vulnerable people, especially in nursing homes.

3 of its workers have been arrested after an incident arose in June suggesting that they were running a secret fight club together.

All 3 women were taken into custody...

Marilyn Latish McKey, thirty-two, Tonacia Yvonne Tyson, twenty, and Taneshia Deshawn Jordan, twenty-six, have been accused of trying to get fights started between several patients at the North Carolina facility.

They were fired after the incidents in June came out...

The women even filmed some of the fights...

In the heartbreaking footage, one of the patients can be heard screaming: "Let go, help me, help me, let go."

The women's behavior is appalling.

A separate incident allegedly saw McKey roughly push the same seventy-three-year-old patient into her room while the other two filmed.

These women abused their role as carers.

Lieutenant Gregory Dorn spoke to Fox 8, saying: "When you're talking about someone who can't take care of themselves, we've got to give specific attention to that."

All 3 workers have been charged with assault.

The facility has since released a statement...

"Danby House has a zero-tolerance policy for the mistreatment of those in our care and as such, McKey, Tyson, and Jordan were terminated immediately in June when community management was alerted to this situation," they said.

The women have been replaced with more trustworthy and responsible staff.

"Administrators have been working closely with the Winston-Salem Police Department throughout its investigation to ensure justice is served," they went on to say. "Additional staff training and a more rigorous vetting process for all new and existing employees at Danby House have been implemented."

But sadly, all around the world, there are sick and twisted individuals who abuse their positions and take advantage of those who are vulnerable - especially the elderly. All we can do is hope that since these womens' arrest, facilities that care for the elderly will ensure that abusive practices such as these will not go on within the walls of a place that is intended to be comforting and safe.