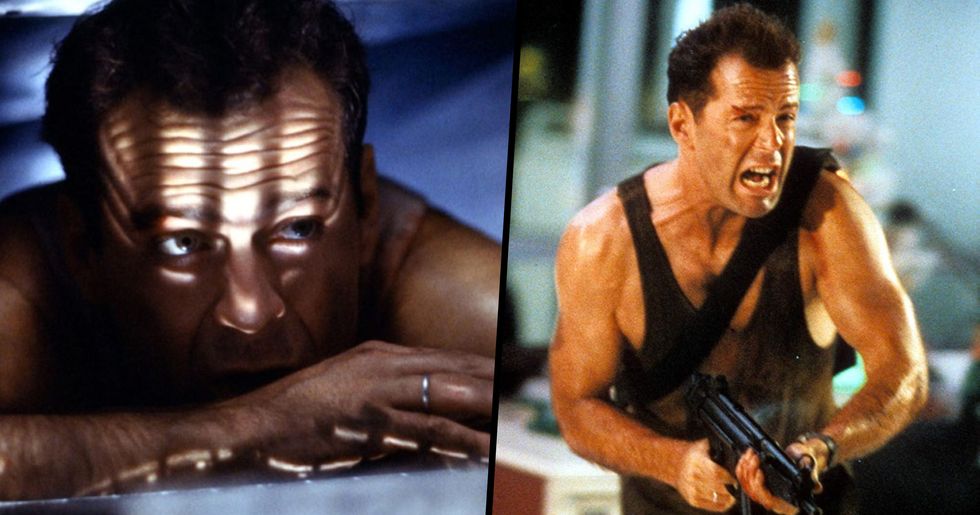 Its that time of year where the festivities are our in full force - and one of the main perks of the holidays is the huge selection of Christmas flicks that we can binge on, with classics such as Elf, Love, Actually, and The Grinch usually at the top of the list

What makes something a Christmas movie (or not) isn't really down to any specific rules - meaning it can be debated about until the cows come home. And one movie that's long been up for discussion is Die Hard. But now, it seems, it's been decided once and for all. Or has it?

Keep scrolling to get all the answers on the hugely speculated movie.

Which means one thing... Christmas. It’s truly the most magical time of year. Spending quality time with loved ones and getting into the festive spirit is one of the best feelings on earth.

There's a lot to love about the festivities.

Stuffing our faces with food, gift-giving, spending time with loved ones... the list goes on.

And as the weather gets colder, our hearts get warmer.

But perhaps one of the best perks of the holidays?

Over the decades there have been some classics.

From family favorites like Home Alone to rom coms like The Holiday, there's really something for everyone in the canon.

Everyone has an ultimate favorite.

Like the one you watch on repeat throughout the holidays and drive everyone crazy with.

But there's a more annoying side to festive movies...

Not everyone can agree which movies constitute a Chrismas flick and which ones don't.

And it sparked some pretty heated debates over the years.

There aren't any official rules or criteria as to which movies should be considered festive or not apart from the obvious - like anything featuring Santa or focusing on December 25... you get the picture.

But there's one movie that's been hotly debated more than most.

People have been incredibly divided on the subject and it has truly tore the internet apart.

There's pretty much a 50/50 split on people who think the movie is an obvious Christmas classic and those who stand by the fact that it's most definitely not.

So where did the speculation come from?

Well,  the 1988 film is set during the holiday period – more specifically, on Christmas Eve itself. Of course, there’s also a salvaged romance plot and cheesy lines too. Does it tick enough of the boxes? Though obviously it's a Bruce Willis movie, meaning many people fiercely disagree with its festive association -  even Bruce Willis himself has sided with team no. “Die Hard is not a Christmas movie. It’s a god damn Bruce Willis movie!" he said during his Comedy Central Roast in July.

But still, nobody can seem to settle on an answer.

Just like clockwork, each year, the debate seems to reignite. At this point, we really just need to know...

But there's some good news...

NYPD And LAPD have officially confirmed whether or not the Die Hard is a Christmas flick.

Those who guessed it's Christmas movie?

On this Christmas Eve, we’d like to acknowledge our partners at @LAPDHQ who have been working with us to protect Ch… https://t.co/Nzb6cBZbX9
— NYPD NEWS (@NYPD NEWS)1545668157.0

You're in luck, as last Christmas Eve, the New York Police Department tweeted out to put aside their rivalry with the Los Angeles Police Department, and in the process, officially confirmed that Die Hard is indeed a Christmas movie.

Los Angeles Police Department put out a tweet of their own.

On this Christmas Eve, we too would like to acknowledge our partners at @NYPDnews for their continued partnership-t… https://t.co/yPJxcdNCOv
— LAPD HQ (@LAPD HQ)1545671621.0

They too, confirmed that Die Hard is a festive favorite. So there you have it. Or maybe not... we don't anticipate the debate will be going anywhere anytime soon. Die Hard isn't the only movie that's been debated. There's also speculation over whether Iron Man 3 is a Christmas movie or not. And now Disney has officially confirmed the answer. Keep scrolling to find out...