When most of us get summoned for jury duty, we're pretty distraught about it. In fact, this stock photo is actually pretty accurate: | 22 Words 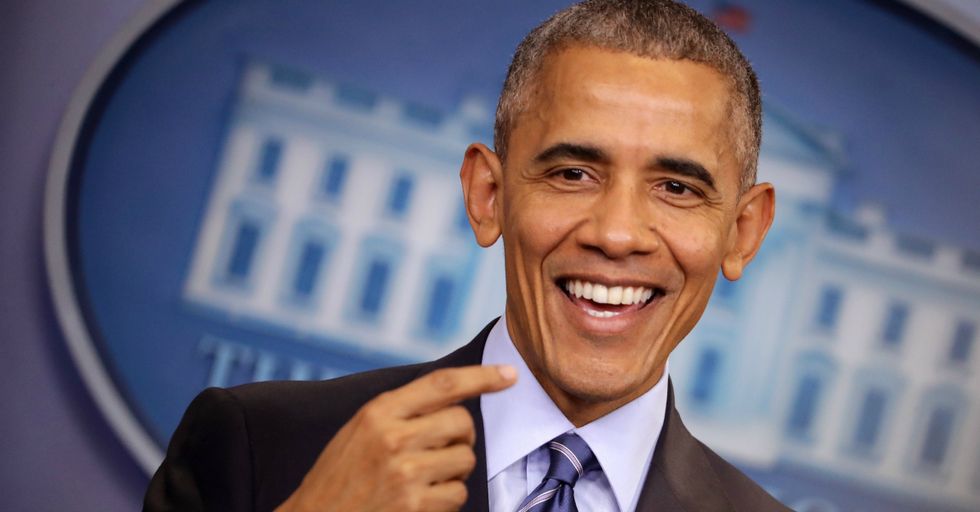 Obama Got Called in for Jury Duty, and His Response Will Surprise You

It looks like former president Barack Obama isn't done serving the country quite yet. Since leaving the presidency, Obama has moved his daughter into college, sent surprise video messages to his wife, and hung out basically every day with his BFF Joe Biden (we're just guessing on that last one, but come on). Now, he's doing yet another normal-person thing.

Next month, he'll perform the ultimate civic responsibility by showing up for jury duty.

When most of us get summoned for jury duty, we're pretty distraught about it. In fact, this stock photo is actually pretty accurate:

Jury duty is one of those ideas that sounds good in theory, but in practice is just all kind of inconvenient. Like being friends with benefits. Or communism! Jury duty is such a chore! You have to take off work, get to the courthouse, hang out with strangers, and maybe even — gasp! — get chosen to serve on the actual jury. And if that happens? You get to do it all over again every day until the end of the trial.

When most people receive a jury summons, they tend to look for a way out of having to serve, à la Liz Lemon:

Most people try to get out of it, but not Barack Obama.

That's because Obama isn't most people. He's the former President of the United States of America, and he's thrilled about fulfilling his civic duty. According to a report from USA Today, the former Commander in Chief — now a private citizen — got called into jury duty in Cook County, Illinois. And he's planning to serve.

Cook County Chief Judge Timothy Evans said of Obama, "He made it crystal-clear to me through his representative that he would carry out his public duty as a citizen and resident of this community."

Obviously, having a former president appear for jury duty comes with its own set of challenges. But Judge Evans says officials will take all necessary safety precautions and make whatever special arrangements are necessary to ensure former President Obama — a constitutional scholar in his own right — can appear in court.

No, seriously, thank you. The world is a better place because of people like Obama who do their part in upholding our civic responsibilities.