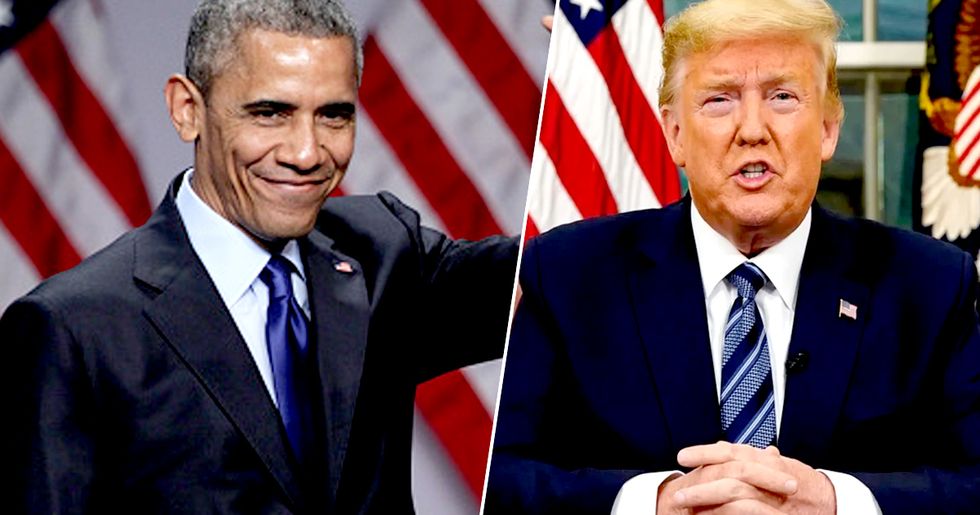 Former President, Barack Obama, has absolutely slammed Trump for his response to the Coronavirus Pandemic which is sweeping the world by storm.

But that's not all he said. He really didn't hold back.

Some terrible news has just come in about his very own valet.

Just days ago, news dropped that the President's valet, who has not been named, has tested positive for the virus.

The valet, who is a member of the US Navy dedicated to working at the White House, had symptoms on Wednesday morning and his test has just come back positive.

TMZ reported that even though the President himself has tested negative, doctors have warned that it doesn't necessarily mean he is virus-free.

Trump was reportedly informed about the situation afterward and he is not happy about it.

CNN said that the news is "hitting the fan" in the President's administration.

And now Obama has spoken out.

Trump's predecessor and rival, of sorts, has spoken out, slamming Trump's response to the pandemic.

Those are the words Obama used to shun Trump's response to COVID-19: "An absolute chaotic disaster."

Speaking with members of the Obama Alumni Ass'n, Obama went on a long rant about the way Trump has handled things.

What we're fighting against is these long-term trends in which being selfish, being tribal, being divided, and seeing others as an enemy -- that has become a stronger impulse in American life.

Obama really didn't hold back here. Do you agree with Obama?