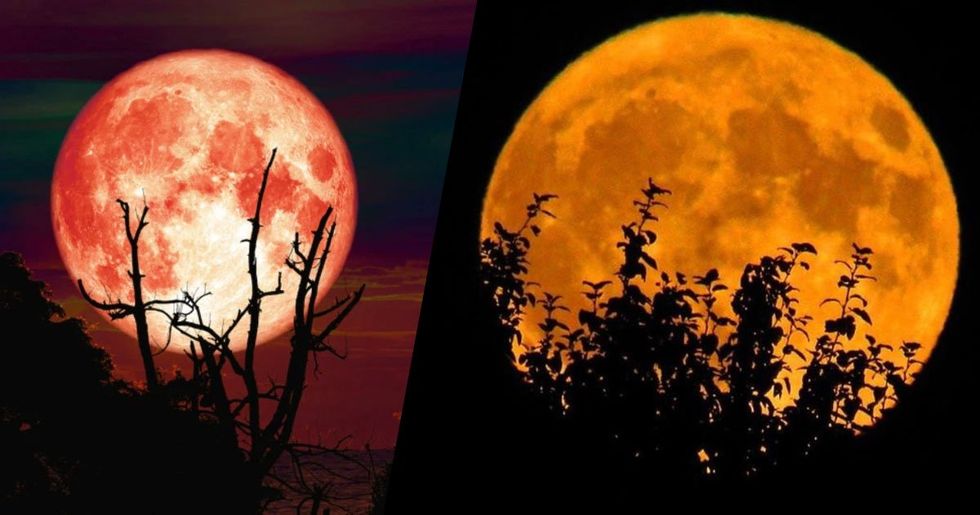 Don't you just love a good moon? I sure do, there's something magic about that big glowing orb in the sky and the days of being fascinated by that mighty grey rock might be numbered. Now I'm not saying that it's about to blow up or anything, but, if, like me, you've watched Brad Pitt's new movie Ad Astra, you'll know what I mean.

The future of the moon is bleak - give it fifty years and Richard Branson, Elon Musk, or Ellen Degeneres will have everyone flying up there like clockwork. You'll be nipping to the moon for Sunday Fundays, Beyonce will have concerts there, and, eventually, it'll be full of casinoes and nightclubs but then we'll think it's seedy and stop going. Eventually, it will resemble one of those desolate amusement parks that everyone forgot about and we'll think of it like a teenage son that went of the rails and brought shame to the family.

Now, obviously, that's just my opinion. But what is true is that, for now, the moon remains basically untouched and still has that mysterious, mystical beauty about it.

Don't you think it's worth celebrating that, come October 13th, the universe is going to gift us a rare full hunter's moon?

Here's something to look forward to this weekend...

The full hunter's moon is set to show itself on Sunday 13th October.

What do you need to prepare?

Well, actually, you won't need any fancy equipment to catch this moon - it'll be hard to miss!

The hunter's moon is set to appear at around 5:17 pm EDT on Saturday evening.

Why not take yourself for a nice stroll? Kick on your walking boots and get yourself into those fall leaves.

You really don't want to miss this.

The hunter's moon goes by many different names. It is often referred to as "the dying moon," or "the travel moon."

Why do they call it a hunter's moon?

According to Country Living, with information from the Royal Observatory Greenwich, "this name is thought to date back to early European and Native American tribes who would associate October's full moon with the season for hunting game and preparing for the winter months."

It all comes about because of the changing seasons.

The hunter's moon occurs when the sunrise and moonrise are the closest together. With the changing seasons, there comes a time every year when the moon and sun cross paths.

What makes this moon so special?

The moon goes orange goodamit! Isn't that enough for you? Normally, it's grey and, on this special day, it will be orange. I think that's dead exciting.

I mean, I know how it is, you're caught up in some Netflix series and time just flies by... suddenly, it's two in the morning and you've missed the special moon.

You can still catch the harvest moon.

You can catch this beauty of a moon sometime in November or December... dates to be announced soon.

Looks as though it's moon season.

What a time to be alive, indeed.

The healing powers of a special moon.

My l❤️ve Affair with the Moon, Continues. The Hunters moon. His strength, grounding and Reflective radiance is m… https://t.co/swTPUYaMRN
— Rach (@Rach)1570587504.0

Some people really believe in the mystical powers that a rare moon can have. So, if you're after some healing, thow away that holy water and step outside during a hunter's moon - or the harvest moon. Whichever! Take your pick!

Can the moon affect your mood?

Some people really believe that their mood is affected by what is going on with the moon. And, hey, who am I to judge? I still believe that I'm going to have a bad day if I see one magpie on the side of the road.

To sing us out, let's hear that cracker of a song that Neil Young released in 1992. And don't forget! This Saturday, 5:17 pm. Whilst we're on the whole moon hype, continue scrolling if you want to read about how NASA reckons they'll be sending average folk to the moon from as early as 2024. See! Brad Pitt and I did warn you...