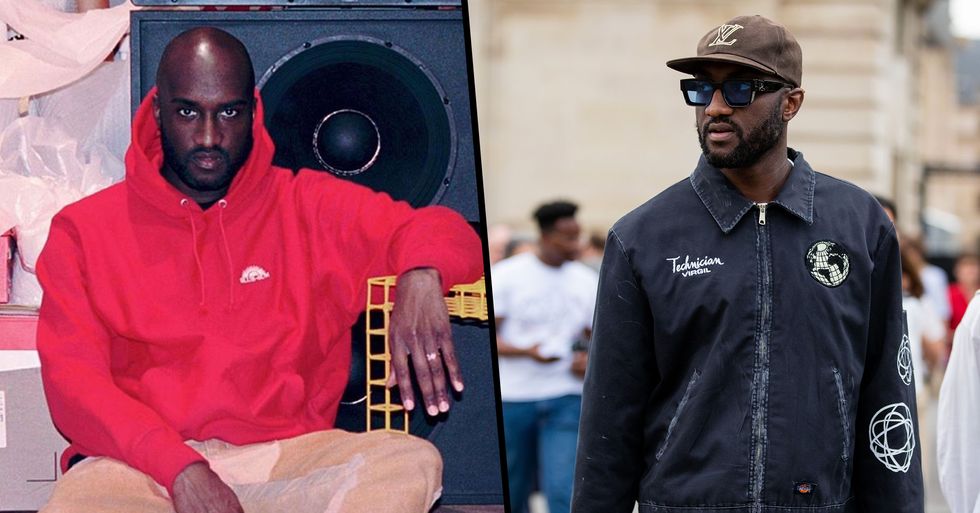 The world of fashion is one that is constantly evolving. It prides itself on reinventing style to fit with trends that reflect the society in which we live. As the industry continues to get more competitive, we see high-end brands showcasing why they deserve to be the best of the best.

Lyst recently revealed their coveted list of the "world's hottest brand" and in a shocking victory, Off-White managed to secure the top spot yet again over some of the most renowned names in the industry.

Here is everyone they managed to beat for the title...

The Spanish luxury fashion brand just scraped into the top twenty. The highlights of their year saw them open their first stand-alone store in New York and also launch their capsule collection inspired by William De Morgan.

At nineteen, we have the brand that provides staple footwear for the masses. They recently unveiled their 5th collaboration with Japanese brand, Undercover which aided in securing them a higher position on this list.

Since the brand started gaining more momentum, it has seen a 27.7% increase in revenue during its previous quarter, especially amongst teenage boys but that’s probably because Drake is an avid collaborator. They are the highest climbers, along with Dr Martens, previously ranking at thirty-two.

Acne Studios has had an extremely busy year from opening a new headquarters in Stockholm, Sweden to launching a collection with Mulberry, a timeless brand that failed to make the list.

Kanye West’s homegrown label saw big-name celebrity endorsements all throughout the year including from his wife, Kim Kardashian, who wore the new Yeezy foam runner shoes. He does have some great contacts. No wonder he jumped from twenty-five to sixteen.

The French luxury clothing brand recently launched a platform to support young and upcoming designers in the hopes that they would be able to get a foot in the door. And they also launched a forty-four piece Star Wars collection. Of course, I had to throw that in there.

Bottega Veneta won 4 awards at the Fashion Awards including the coveted spot for Brand of the Year. As well as this, they also launched a mini version of The Pouch bag.

Other than dressing the king of suits, Timothee Chalamet for the premiere of The King, the brand unveiled their sustainable jean collection that was upcycled using a previous vintage collection.

At twelve, we have Nike. The sports brand seems to be unmatched when it comes to clothing and footwear and the numbers prove that fact. They recently announced their revenue for their second quarter totalled up to 10.3 billion. Their ability to cater towards all groups in society have made them a talking point as they launched their modest line of swimwear.

Stone Island holds the number eleven spot. They opened up their first Canadian store in Tornonto as well as teamed up with ECCO to release a range of garment-dyed boots. I must warn you though, they’re not so easy on the eye, or the pocket…

Burberry sits comfortably at number 10 despite falling two positions since their last ranking. With all the top models of the industry supporting the brand, it doesn’t plan on falling anymore. The brand also just launched its holiday campaign which aims to celebrate unity.

Saint Laurent saw their sales increase by 10.8% in the previous quarter which cemented their position at 9. Their collaboration with Leica Camera during Paris Photo 2019 went down a treat as the brand showed their versatility to venture out into other branches of the arts

Apart from providing Lizzo with the tiniest bag known to man, Valentino presented their Daydream Couture collection during a fantastical clash of dreams and reality at their Beijing show. Even though they dropped 2 positions, they still sit comfortably in the top 10.

Prada hosted the “Shaping a Sustainable Future" conference in New York City in response to the climate change crisis currently overtaking the minds of global audiences. In other news, they also launched a collaboration with Nike’s rival sports brand, Adidas. However, that wasn’t enough to help them onto this list.

With one of the most popular prints in the industry, Fendi just missed out of the top 5. Their year consisted of completing the renovation of historic fountains in Rome. They also released a scented Baguette bag and we’re totally here for it.

Versace became the mother of collaborations after they dressed Jennifer Lopez in her iconic “jungle dress" for her appearance on Saturday Night Live and they also dressed Lizzo for her cover of British Vogue.

At number four, we have Moncler. The former fourteen position launched their first-ever carbon-neutral jacket made of plant-based materials. Remo Fuffini, the CEO of the brand also won Business Leader of the Year at the Fashion Awards.

Balenciaga caught the eye of global audiences yet again after dressing Emma Watson for the premiere of Little Women back in December. They also launched the new Hourglass Bag which is a modern take on a vintage classic.

Overtaking the number three spot is Gucci. The fashion powerhouse announced their involvement in the carbon-neutral challenge. They also collaborated with Harry Styles on album merchandise for his latest album, Fine Line.

And the number one spot was secured yet again by none other than American luxury brand, Off-White. They brought to life Hailey Baldwin-Bieber’s wedding dress when they had the biggest wedding of the year. They also announced their new logo via Instagram which left the world hoping that a new clothing collection would follow closely behind.