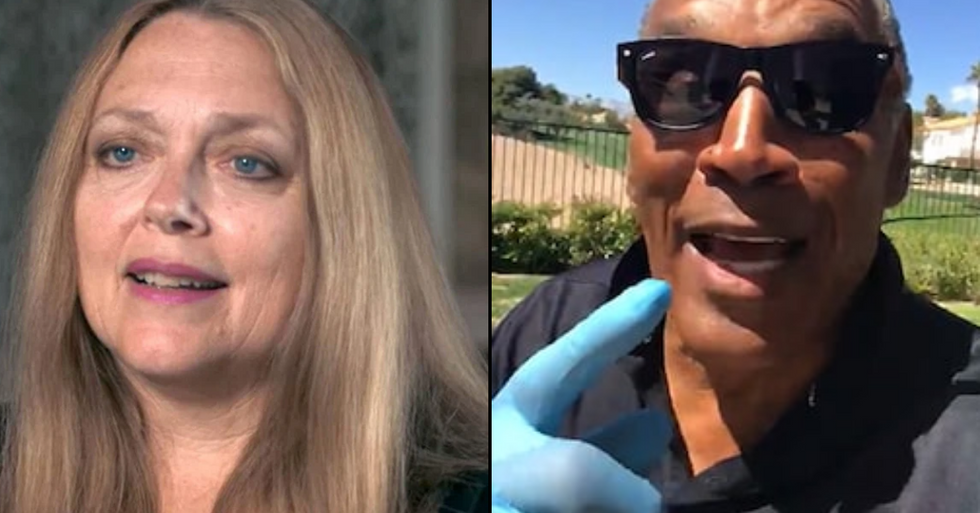 Netflix's latest documentary Tiger King, based on wild cats, has got everyone hooked.

Well, now one rather unexpected celebrity has offered his opinion on the matter ...

And it isn't exactly hard.

Sorry, but these are just the facts.

But it seems that Carole may have confessed to killing her husband without even realizing it.

When Joe was attacked by one of his ligers (a lion bred with a tiger), he accused someone of putting cologne on his shoes. Talking about the incident, Carole simply said, "The only way to get a tiger to eat someone is to cover them in sardine oil or something."

Now that seems a little bit fishy to us...

And even though Carole is yet to comment on her claim, it has made us that bit more suspicious of her involvement with the disappearance of her ex-husband.

And it seems one man agrees.

Because OJ Simpson took to social media to talk all things Carole Baskin - and made some rather shocking accusations.

"There's not a shred of doubt in my mind that that lady's husband is tiger sashimi right now."

"I'm just saying," OJ ranted. Well, he'd know all about being accused of murder, after all! And OJ isn't the only celebrity engrossed in Tiger King. Scroll on for Cardi B's latest social justice movement inspired by the doc.