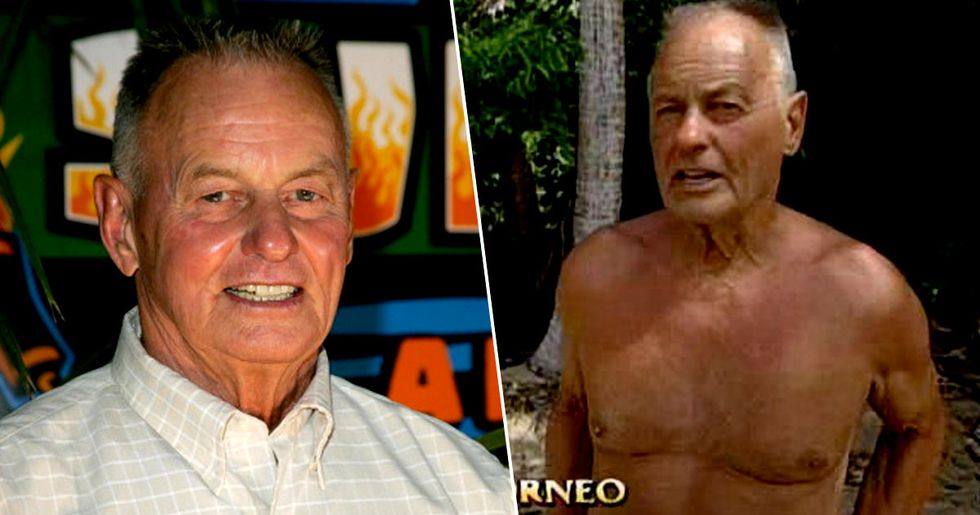 Rudy Boesch, one of the most loved and adored stars of Survivor, has sadly passed away at the age of 91.

The former Navy Seal was the oldest person to compete on the hit CBS reality competition, Survivor.

Known for his gruff manner and for being politically incorrect - Boesch was nonetheless an absolute fan favorite.

Our thoughts go out to Rudy's family and friends at this hard time.

Keep reading to learn more about the legend that was Rudy Boesch.

Born in Rochester, New York on January 20th, Rudy Boesch was a United States Navy SEAL and a two-time competitor on the reality competition show Survivor.

He enlisted in the US Navy aged 17.

Boesch signed up for the Navy aged just 17 in April 1945. By the time he had finished training, the Second World War was already over.

We are saddened to learn that #Survivor legend Rudy Boesch has died at 91, confirmed by news sources and his fellow… https://t.co/a938pfRr3u
— Survivor Reddit (@Survivor Reddit)1572715816.0

After six years in the Navy, Boesch was promoted to the role of Underwater Demolition Team (UDT) Frogman in 1951 - and he served on two UDT Teams.

He was one of the first ever Navy SEALS.

In 1962, Boesch was chosen as one of the first ever Navy SEALs, becoming Chief of the Boat for the newly created SEAL Team TWO.

His first taste of 'potential action' was during the Cuban Missile Crisis.

SEAL Team 2 were on high alert for action during the Cuban Missile Crisis but fortunately they never had to be deployed. It has been claimed that if they were to be deployed, then Boesch would've been in direct contact with JFK.

They were almost involved in a suicide mission.

Today not only did the #Survivor world lose a truly iconic castaway, but the world also lost a real American hero.… https://t.co/xmn11uf2W0
— SurvivorQuotesX 🔥 (@SurvivorQuotesX 🔥)1572717850.0

In Orr Kelly's 1995 book, Never Fight Fair: Navy SEALs' Stories of Combat and Adventure, he claims Boesch was almost involved in a near-suicidal mission that never took place, which would've involved parachuting into Havana Harbor and attacking strategic targets. It was Kelly who claimed Boesch would've been taking direct calls from President John F. Kennedy inquiring as to their readiness.

Boesch was then sent to Vietnam.

Boesch was deployed to the Vietnam War as a Platoon Chief, whose aim was to do intelligence gathering and to conduct raids and ambushes as well as making prisoner grabs.

Boesch is said to symbolize exactly what it means to be a Navy SEAL.

There are a lot of colorful personalities among the teams, but even considering the best of those, Rudy Boesch is a legend. Everybody knows Rudy, and you can bet that Rudy knows everyone in return ... [including] some of the Navy's top brass.

Many other SEALS said similar things about Boesch being a legend...

Starring in the first ever season of Survivor in 2000, Boesch remains the oldest person to ever compete. At the time he was 72 and amazingly he finished in third place.

He used skills picked up in Vietnam.

To better his chances on the show, Boesch began using skills he'd picked up in Vietnam. While the rest of the camp-mates were boiling their water to make it safe to drink, Boesch drank unpurified water, saying: "If I'm not still standing at noon, don't drink it."

He wasn't scared at all.

Boesch claimed he wasn't scared of getting ill from the dirty water because he had drank much filthier water during his time in Vietnam.

He struck an unlikely friendship with Richard Hatch.

Despite his discomfort with fellow contestant, Richard Hatch's homosexuality and his penchant for nudity, Boesch became great friends with him. At one point, Boesch even shocked fellow contestants by demanding they 'Shut up and let Hatch lead!'.

Sadly Boesch was diagnosed with Alzheimer's in August 2019.

After being diagnosed with Alzheimer's, false reports of Boesch's death began circulating online, however they were quickly debunked by his family.

As a result of complications following his Alzheimer's diagnosis, Boesch passed away on November 1st.

Ours was an interesting bond, Dear Rudy! You and I helped open minds and undermine predjudces. While your time here… https://t.co/3CdYacjA3c
— Richard Hatch (@Richard Hatch)1572713036.0

Ours was an interesting bond, Dear Rudy! You and I helped open minds and undermine predjudces. While your time here has passed, you will remain loved and iconic, dear friend!

Our thoughts go out to Boesch's family and friends at this hard time.