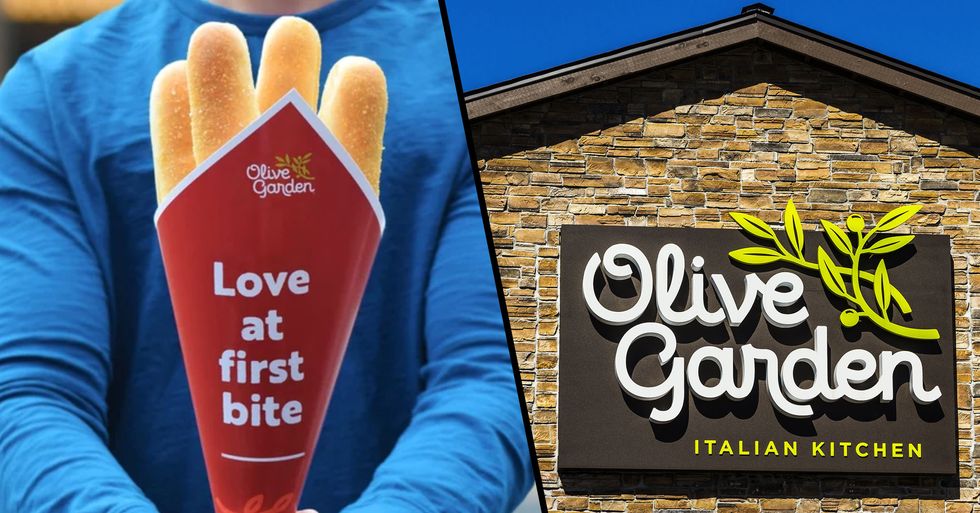 Breadsticks are cheaper than dinner for 2.

But the latest crazy bouquet?

Well, that comes from none other than Olive Garden. In fact, this breadstick bouquet is a part of a wider Olive Garden's Valentine's Day ToGo dinner for two.

And as a bonus, it's all to-go - meaning you don't need to try to book a table in advance. But it's undoubtedly the breadstick bouquet that's the star of the show! Fancy some more weird Valentine's trends? Scroll on for the romantic take on the Christmas tree ...