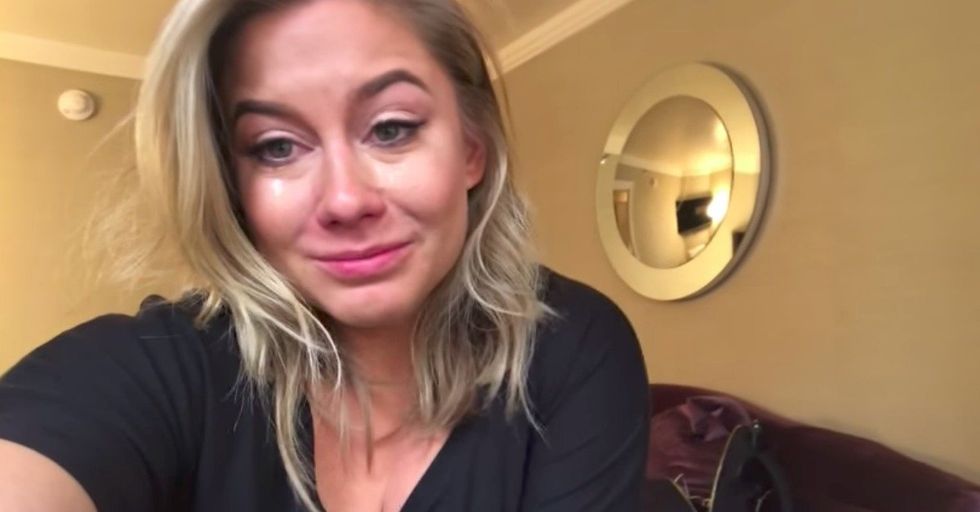 The gold medalist and her husband, NFL player Andrew East, documented their journey and shared it with their fans to help destigmatize miscarriages and make it clear that this is a common occurrence that can happen to anyone.

The 20-minute video begins with Shawn learning that she's pregnant.

She sort of incredulously explains how she took numerous pregnancy tests and found out she was indeed pregnant. She and her husband hadn't been trying, so it came as a bit of a shock. Her tears are tears of excitement, joy, confusion, and fear.

She also contemplates how she'll tell her husband, who was on the other side of the country at the time she found out.

The moment he learns is also captured on video. The look on his face pretty much says it all. You watch this young couple in the very moments that their lives change forever.

But the very next morning, Johnson explains that she has been experiencing cramping and bleeding.

They head to the doctor, scared about the possibility of a miscarriage — which turns out to be what happened. East keeps the camera rolling throughout the doctor's visit. While it's heartbreaking and hard to watch, it's extremely brave of the young couple to share this difficult experience with their fans. Miscarriage is such a mystifying term. Women don't often talk about it even though it happens in between 10 and 25 percent of known pregnancies.

Shawn Johnson East and Andrew East's heartfelt and honest video can be watched in full here:

"Know you're not the only one going through whatever you're going through," East says in their video. That is why they shared this painful experience. The vulnerability and raw emotion they exhibited will hopefully make miscarriage less of a stigmatized idea and more of a fact of life that unfortunately many women will have to deal with in their lifetime.