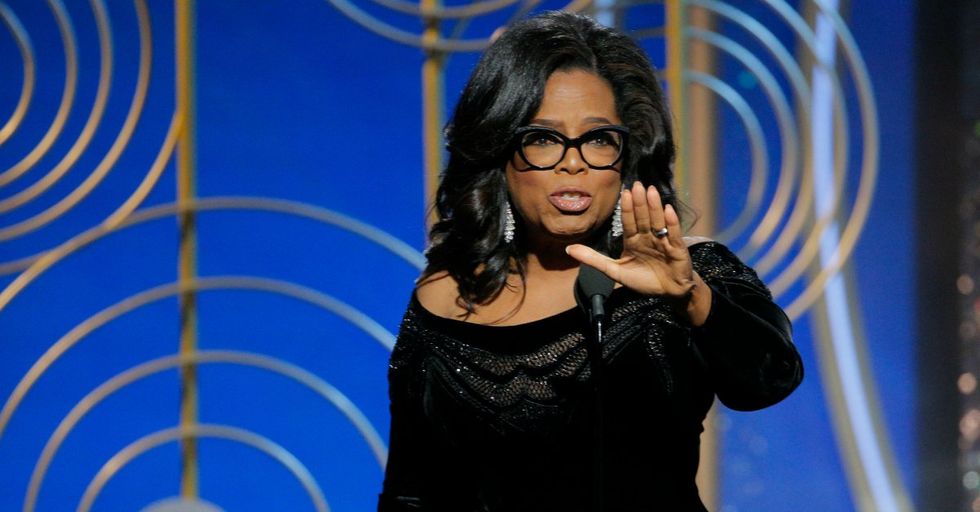 But nothing proved she deserved it more than her own acceptance speech.

She recommended that anyone who has the chance to be in a room with Oprah for four hours a day should take the opportunity. Sadly, that's not possible for most of us, but what do have is the amazing acceptance speech that came next.

In her speech, Oprah immediately highlighted the #MeToo movement.

What I know for sure is that speaking your truth is the most powerful tool we all have and I am especially proud and inspired by all the women who have felt strong enough and empowered enough to speak up.

She recognized the power of the women and men who were fighting for gender equality and against harassment.

Saying of the women who spoke up and shared their stories, "this year, we became the story."

People were obviously blown away by her impassioned speech.

Let me tell you this room is still vibrating like electricity from that speech. #OPRAH #micdrop #TimesUp #MeToo #GoldenGlobes
— Ava DuVernay (@Ava DuVernay)1515382050.0

The entire room stood to applaud her.

She ended her speech with a message to the girls watching her tonight.

I want all the girls watching here and now to know that a new day is on the horizon and when that new day finally dawns, it will be because of a lot of magnificent women, many of whom who are right here in this room tonight and some pretty phenomenal men fighting hard to be sure they are fighting hard to take us to the time when nobody has to say “me too" again.

Is it too soon to say Oprah for president? Oprah for Queen of everything? Oprah just adopting all of us and softly whispering encouragement in our ears all day?