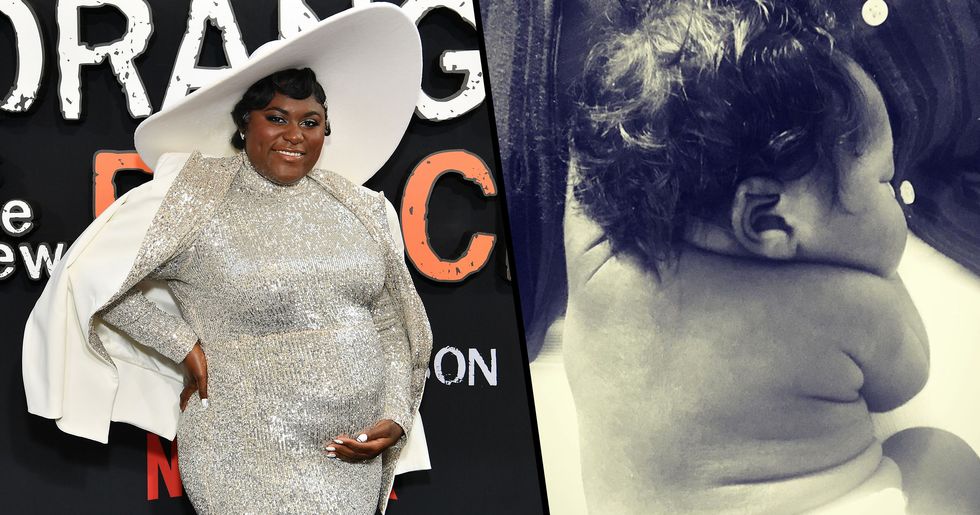 Orange Is the New Black's Danielle Brooks has given birth to a baby girl.

The thirty-year-old actress made a name for herself playing Taystee Jefferson in the hit Netflix prison drama.

Announcing her pregnancy in June, the actress appeared to be thrilled with the news.

The pictures of the newborn are seriously cute...

Taystee is growing up.

After leaving OINTB behind her, actress Danielle Brooks proved she's beginning a new chapter with the announcement of her pregnancy.

Brooks continued to work throughout the pregnancy.

This summer Brooks hit the stage, performing in a production of "Much Ado" at the Delacorte Theater in New York City.

Taystee had a main role in the final season of OINTB.

By the final season of the popular show, the narrative had moved away from middle-class white girl Piper Chapman. It seemed audiences were more interested in the fate of Taystee Jefferson, who had suffered much injustice in earlier seasons.

Taystee really didn't have it easy.

The character of Taystee perfectly portrayed many of the flaws within the juridical system.

Taystee became the voice of reason.

The character took a stand against the atrocities happening within the prison system.

Brooks had to deal with some seriously heavy material.

Like the murder of Samira Whiley's character, Poussey. The death was a total shock to both audiences and the cast, who had no idea the writers were planning to kill off such a key character.

The on-screen chemistry of Whiley and Brooks left no doubt to audiences that the pair were friends in real life.

The duo has done plenty of projects since OITNB.

But we're still waiting for Whiley and Brooks to get their own show...

Brooks had a lot of fun making OITNB.

But as sad as all the cast were to see the show come to an end, after 7 seasons it was time to call it a day.

The project had also been a major turning point in many of the careers of the cast, giving them a real platform to get noticed by mass audiences.

Danielle Brooks' baby will have plenty of godparents.

There's no doubt that there will be a lot of love going around for this baby girl.

The fans are excited about the new arrival too.

Many of Danielle Brooks' fans took to Twitter to celebrate when they found out the actress was expecting.

Brooks will definitely be a fun mom.

The positive energy that exuberates off Danielle Brooks is infectious. She is sure to be a great parent.

Danielle has been killing the pregnancy look.

Throughout her pregnancy, Danielle Brooks kept her fans updated about how she was doing through social media.

Danielle's OITNB co-star, Laura Prepon who played the hot drug trafficker, Alex Vause gave birth after the final season. The actress is embracing motherhood and has even brought out a book called, You & I as Mothers, detailing her experience as a new mom.

When can we expect Brooks' mommy diaries?

I think there's definitely a market of moms that would love to read about Brooks' experience of motherhood.

What an adorable snap!

Danielle took to Instagram to proudly show the world her new baby girl. Continue scrolling to read about how different the cast of OITNB looks in real life...