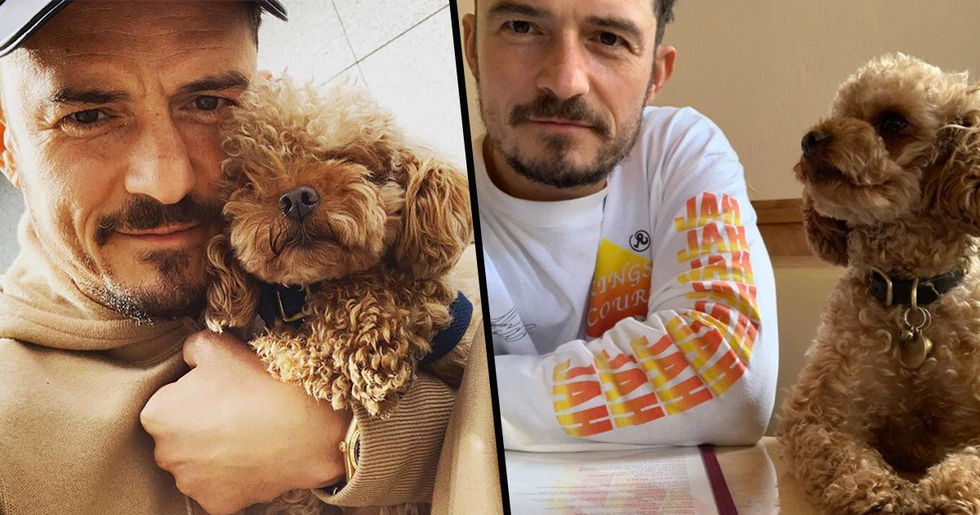 Orlando Bloom and Katy Perry have confirmed some heartbreaking news this week in an emotional post...

Orlando Bloom and Katy Perry have had an awful week...

The couple shared the news that their beloved dog, Mighty, went missing.

Now, Bloom has given fans a heart-wrenching update.

As well as giving us a glimpse at his new tribute tattoo.

Perry and Bloom are one of Hollywood's more glamorous couples.

Perry shared this snap of the corner of the pair's faces, alongside multiple heart-shaped balloons and a truly stunning pink engagement ring. Bloom shared the same picture, with the simple caption: "Lifetimes."

We also got a better look at that ring.

But they have something much more exciting to look forward to.

The couple are expecting their first child together.

And, in typical Katy Perry fashion, she revealed the exciting news in a music video.

While the couple of anxiously awaiting the arrival of their first child...

They had some heartbreaking news.

Just a couple of days ago, their beloved dog, Mighty, went missing.

Bloom was left "broken" after Mighty disappeared from the pair’s mansion in California.

Bloom had been searching the streets for the pooch.

He took to Instagram to reveal the sad news to fans, writing: "I don’t recall a time in my life where I’ve been so broken wide open. The rawness I have felt over these past few days and sleepless nights at the idea of my little man being lost and scared, with me unable to do anything to protect him, is a waking nightmare."

"I feel powerless… maybe like so many others who are losing loved ones or unable to see our loved ones because of the times.⁣"

He had been praying for the doggo to make a safe return.

"Cherish the moments we share with the ones we love because nothing is promised. Trust it and don’t be afraid of love or the fear of losing love. Love is eternal."

Bloom was clearly crushed by the entire thing.

"The bond between Mighty and I shows devotion in ways I have not truly understood until now. I am a devoted father and partner, still, there is a reason why they call them ‘man’s best friend’. I miss him."

But now, he has given fans another update on the missing pooch.

And sadly, it's not good news.

The actor shared a video in which he can be seen getting inked with his dog's name on his chest.

He then broke the devastating news to fans that Mighty is dead.

The star says he "wept more than I thought possible" since finding out that the little guy wasn't coming home.

"Mighty's on the other side now."

"After 7 days of searching from sunrise to sunset and into the wee hours, today, the 7th day ~the number of completion~ we found his collar... I have wept more this week than I thought possible, which has been very cathartic and healing..."

He did everything he could to try and find him.

"I left no stone unturned, crawled thru all the manholes, under the roads, searched every back yard and creek bed."

For more on Bloom and Perry, scroll on to find out what they are naming their daughter...