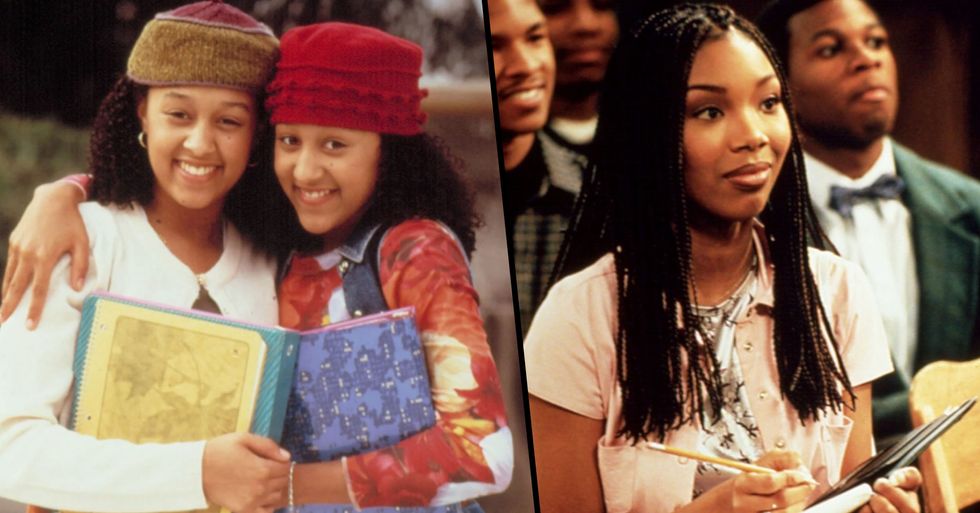 Netflix's new content rollout is seeing some of our favorite Black sitcoms hit the streaming platform in the coming weeks, and it seems the announcement had made some people emotional.

Just wait until you see the lineup...

Netflix has done a great job of giving us some binge-worthy content throughout lockdown.

There's no denying the streaming giant is well and truly on top of its game.

From original series to movies, documentaries to box sets...

We've been spoilt for choice on what we can get our teeth into next.

But, it's new content rollout may be it's best yet...

Why? Because Netflix is going to be streaming some of the most beloved Black sitcoms of the '90s and '00s in the coming weeks. Read on to find out which shows will be headed to the platform...

The announcement was made on Strong Black Lead, Netflix's Black content division.

And it well and truly broke the internet, with an influx of people reacting to the news.

Fans of these shows have been begging Netflix to acquire the license for them for years now.

We've seen every comment and request about getting these classics on Netflix, and we want to thank the fans for rid… https://t.co/qRSBTv4rzO
— Strong Black Lead (@Strong Black Lead)1596035097.0

Especially since the episodes are often hard to find online.

But securing these shows has been no easy feat.

"We've been working through the logistics to bring these shows to the platform for a very long time," tweeted Jasmyn Lawson, a Strong Black Lead editorial executive. "And we've been working on the launch plan for months."

But this news is important for a whole other reason...

Unlike the current TV landscape that often only gives Black characters supporting roles, these shows encapsulated the whole spectrum of the Black experience, putting Black characters front and center.

It's not hard to see why this news is a big deal.

So, without further ado, let's take a look at the cult classic Black sitcoms that will be hitting Netflix...

Starring R&B singer Brandy Norwood, this family comedy centers on a teenage girl as she grapples with all the things life throws at her.

The Game hits Netflix on August 15.

The 1994 sitcom tells the story of Tia Landry and Tamera Campbell who are twins separated at birth. As teenagers, they learn of each other's existence and come together.

The hit comedy starring the likes of  Tracee Ellis Ross, Golden Brooks, and Persia White, centers on the lives, loves, and losses of 4 different women.

The family comedy tells the story of Nikki who decides to go to school to get her degree so she can go to Santa Monica college.

The Parkers hits Netflix on October 1.

Mona and Dee Dee are half-sisters who share the same father. They are completely the opposite of each other, but they live in the same apartment building... so as you can imagine, drama ensues.

Half & Half hits Netflix on October 15.

The show centers on a sportscaster, who takes on the responsibility of being a full-time dad when his teenage daughter moves in with him.

One on One hits Netflix on October 15.

The stars of the shows coming to the streaming giant released a message for fans...

And it was everything we could have hoped for.

Some fans said they felt emotional after watching.

"Way to support these actors and OUR audience. This felt like a personal letter to ME, my girls, my family."

Others couldn't believe how many good shows are about to hit the streaming platform.

If you're curious about what else is on offer right now on Netflix, scroll on to read about new show, Unsolved Mysteries, including all the new evidence that's been found since airing...
20%

$37.84 $30.27
Buy Now
See More Deals
We hope you find these deals as awesome as we do! Just an FYI: we may receive a share of sales from links on this page