Over 1,300 Complaints Were Sent to the FCC About Shakira and J.Lo's Super Bowl Halftime Show | 22 Words 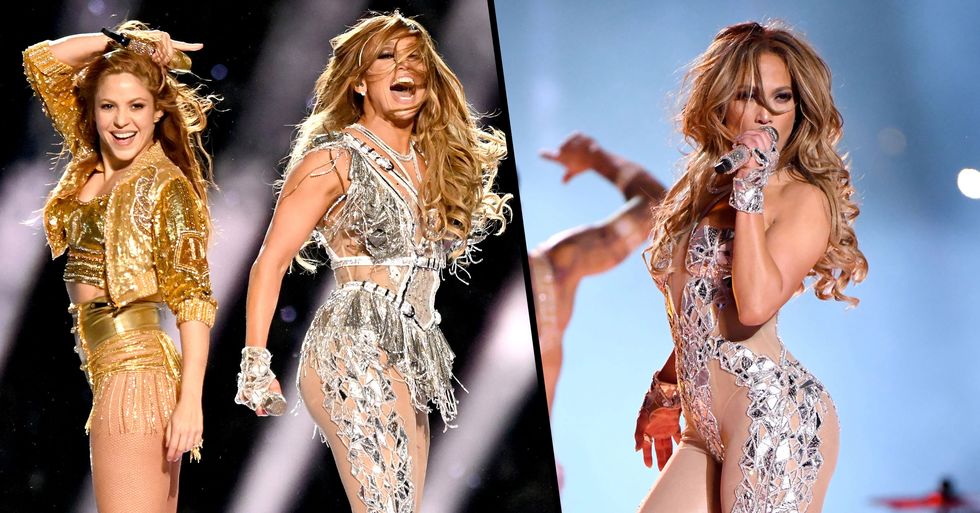 Over 1,300 Complaints Were Sent to the FCC About Shakira and J.Lo's Super Bowl Halftime Show

The biggest night in the sporting calendar arrived once again last month.

The Kansas City Chiefs took on the Francisco 49ers in the 54th annual Super Bowl at Hard Rock Stadium in Miami Gardens, Fla.

But we all know that the Super Bowl is as much as about the music as it is football, and the long-awaited half-time show performance by J-Lo and Shakira got everyone talking, and not in a good way.

Keep scrolling to learn why 1,300 complaints were made about the singer's performances...

And how the 2 Goddesses haven't aged at all.

Not only did the singers wear very revealing costumes...

There was a lot of grinding, twerking, and explicit dance moves.

But one man is simply outraged by the performance...

And he plans on suing the NFL because he now believes he is no longer going to heaven after watching J-Lo and Shakira.

This is Dave Daubenmire...

And he is a pretty intense Christian activist who feels that J-Lo and Shakira's performance was very un-holy.

He wasn't happy about it...

Appearing on his “Pass The Salt Live" webcast a few weeks ago, Daubenmire threatened to sue the NFL for broadcasting unsolicited “crotch shots" during the halftime show.

Daubenmire feels the performance was completely unnecessary and inappropriate...

"I think we ought to sue. Would that halftime show, would that have been rated PG? Were there any warnings that your twelve-year-old son - whose hormones are just starting to operate - was there any warning that what he was going to see might cause him to get sexually excited?" he said angrily.

He believes that after watching the show, he can no longer get into heaven.

"I think we ought to go sit down in a courtroom and present this as evidence of how whoever [put on the halftime show] is keeping me from getting into the kingdom of Heaven," he went on to say.

He claims he didn't voluntarily watch the performance...

And it seems that Dave isn't the only one who feels disgusted by the performance...

Yes, he's the only one attempting to sue the NFL, but a lot of viewers filed complaints about the singer's performance.

There were a lot of complaints...

According to CNN, the Federal Communications Commission (FCC) received 1,312 complaints from viewers who had something to say about the halftime show.

Many of these complaints came from parents...

And some people were upset that no public warnings were given before the show, which one viewer said was less a musical act than an "X-rated strip club performance."

Many felt it didn't fit the "family-friendly" guidelines...

"Jennifer Lopez's performance at the Super Bowl halftime show was extremely explicit and completely unacceptable for an event where families including children are watching," a Utah viewer said. "I had to send my children out of the room so that they weren't exposed to something they should not have seen."

And some viewers even felt went against young women's rights...

"What are you teaching young girls?" a Wisconsin viewer said. "Dance around half-naked to make men excited then claim #MeToo for harassment? It's ok to be some sexual being and shake your naked rear end and expose your crotch and dance on a pole in front of the world?"

Of course, there's no denying that Shakira's and Jennifer Lopez's performance was raunchy...

But was it really bad enough to receive this volume of complaints? Only time will tell, and make sure to stay tuned for further updates.