Over 2,000 People Plan BBQ at House of Vegan Who Sued Neighbours for Cooking Meat | 22 Words 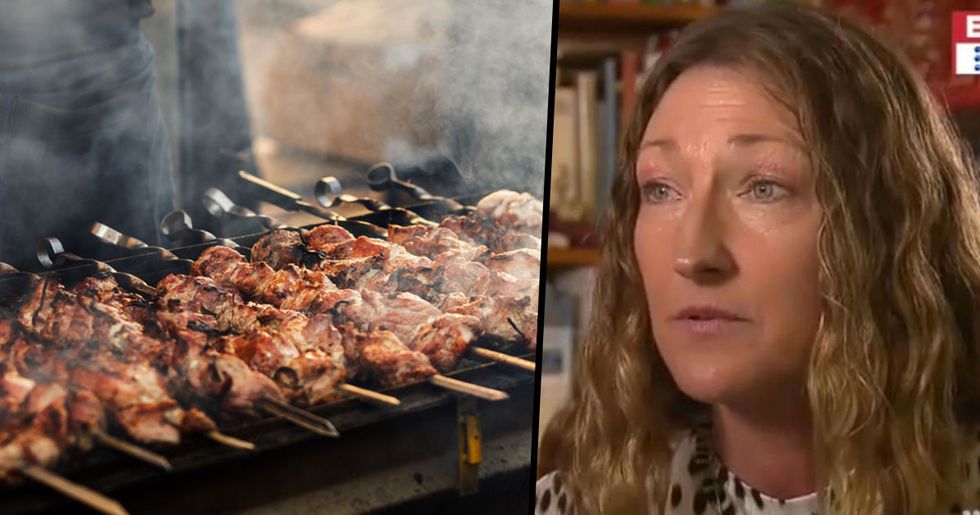 Over 2,000 People Plan BBQ at House of Vegan Who Sued Neighbours for Cooking Meat

The world of "veganism" seems to be taking over many peoples' lives as well as the headlines. It seems as if some vegans really know how to take things a little too far in their bid to make the world a more animal-friendly place.

I'm all for "animal rights" and all that good stuff, but a girl's also gotta eat! If veganism manages to take over the world, it doesn't seem like we're going to be able to. Exhibit A: This particular angry vegan decided that she was going to take her neighbors to court after they had a barbecue in their own garden. And you wouldn't believe her reason for doing so...

Keep reading for all the details on this crazy story including how the community took revenge on her!

I mean, we get it, sustainable world, animal cruelty, and all that good stuff we should be caring more about. That's all good and well.

But when you get stories such as these...

It leaves you questioning your sanity.

Remember when a bunch of angry vegans almost got slaughtered?

I'm not joking. An animal rights activist group named "Direct Action Everywhere" decided that they would storm into a slaughterhouse in order to save some caged chickens.

It's all fun and games breaking into private property to unleash a group of angry chickens onto the world, but chaining yourself to a machine with a guillotine attached to it might not have been the brightest idea.

Whoever came up with that needs to be fired on the spot.

The activists stood alongside the machine and, one by one, tied their necks to the conveyer belt, thinking that would stop the process, but little did they know what they'd actually gotten themselves into.

The machine continued moving, dragging the activists by their necks to their potential deaths.

One man, who was choked by the machine, expressed his thoughts about the situation: "It was almost decapitating my head from my neck. I was feeling my life leave my body, as I was struggling to get out of that lock."

Thankfully, they only suffered minor injuries...

But this was a grave warning to those who are willing to put themselves in danger just to stand up for what they believe in.

But being "vegan" is a lifestyle choice.

The operative word in that sentence is choice. No one should feel like they are having it shoved down their throats, which many do feel when it comes down to it.

While I understand that they are passionate about the issue, this particular lady took things way too far.

This one angry vegan, ironically wearing a leather skirt and a cheetah print top, decided that she would take her neighbors to court after they had a little barbecue in their backyard.

And you wouldn't believe the reason behind it...

Apparently, she claimed that they were purposefully wafting "meat smoke" into her yard and that the smells were driving her insane.

So insane, in fact, that she decided to take them to court over it.

Cilla Carden, a massage therapist from the north of Perth has been in a legal battle with Toan Vu and his family since 2018. The two sides haven't been able to settle the brewing argument over meat smells for almost a year.

Carden claims that she cannot enjoy using her yard because all she can smell is fish.

I mean, I'm sure that they aren't having a barbecue every single day because that would be excessive. But, for a vegan, the mere smell of fish or any other meat is enough to make them angry.

She also had many complaints about Vu's children.

She said that their children were also adding to her misery, claiming that they slam basketballs into their shared fence at all hours of the day. They're children, Cilla, get over it.

According to legal documents, these are all of the other demands that she had for the family.

That's right, she also had a whole bunch of other things that she wanted. The documents, which were seen and verified by Daily Mail Australia outlined her bold demands which included: "controlling the weeds in their garden, repainting common fences and repaying the cost of plants damaged on common property."

For someone that doesn't bring a lot to the table herself, she's very brave in her requests.

Because she felt like she wasn't getting through to the family, she decided to escalate things. She decided to get the courts involved in their business in order to get what she wanted.

However, things didn't work out in her best interest.

It seems as if the court couldn't empathize with the angry vegan. The case was submitted and dismissed immediately. According to reports, the tribunal ruled that they were "just enjoying 'living in their backyard and their home as a family.'"

And Mr. Vu had already taken many actions in order to prevent further arguments.

He said that he had removed the barbecue from the area that it was previously in so that smoke wasn't entering Cilla's garden anymore. He also told his children that they cannot play with basketballs in the yard. But it seems as if that wasn't enough. Cilla was hellbent on making the family pay for making her "suffer."

She claimed that the smell was "devastating."

In an interview with 9 News , she expressed her slightly dramatic emotions about the whole situation. She said: "They've put it there so I smell fish, all I can smell is fish. I can't enjoy my backyard, I can't go out there. It's deliberate, that's what I told the courts, it's deliberate."

"It's been devastating, it's been turmoil, it's been unrest I haven't been able to sleep."

I'm sure that they weren't having a barbecue that lasted into the late hours of the night, Cilla. If you can't sleep, I think that there's an internal issue that you need to see a doctor about.

Even when she expressed all of this to the courts, they just couldn't see her side.

"The applicant has reached an agreement with Mr. Vu that positioning his barbecue on Unit B over away from [Ms. Carden's] Unit C, closer to unit 18A, is acceptable to the applicant," a court document stated. That was enough to get her case dismissed.

And in regards to the "noise" that Cilla also stated was a problem...

The courts ruled that the Vu family had not made enough noise to cause even the slightest disturbance and that no other neighbor had any complaints to make about them.

And it seems as if the Vu family weren't the only target.

Cilla had also filed complaints against the neighbor who lives on the other side of her home, saying that Ms. Vallelonga needs to stop the beams from floodlights entering her yard... Please, Cilla, just stop.

She also made the same extra demands that she made to the Vu family.

"Carden also insisted Ms. Vallelonga repair and paint a fence, paint front entry steps, repay the costs of plants, and maintain her tenants' dogs on leads on the common property." These demands were also thrown out by the tribunal.

To me, and all of the other sane people in the world, this all just seems unnecessary.

I can't even take any of it seriously because of her outrageous claims. She just seems to be an angry vegan who has nothing better to do than give other people problems. My advice to you, Cilla, would be to just to wrap yourself in bubble wrap and stay in bed.

Since the news went viral, Cilla issued a statement explaining her actions...

Craden told Daily Mail Australia that the entire situation has been "blown out of proportion." She claimed that she respects the rights of meat-eaters and has no problems with BBQs, only with her neighbors. But that goes totally against why she did this whole thing in the first place!

For all of you who think that the neighbors should have gotten revenge...

Here's some good news for you! It seems as if the news about Cilla's quest to have her neighbors arrested has rubbed the entire community the wrong way.

So someone decided to create a little Facebook event...

It always starts and ends with Facebook, doesn't it? Cilla was left speechless after a Facebook event named "Community BBQ for Cilla Carden" was created yesterday. The best part of the event is the fact that people are insisting that the event is especially for her so that she can feel closer to everyone else.

However, the event's description kind of goes against that...

It demands that people in the area "join us for a community BBQ, and help Cilla Carden 'get some pork on her fork.'" The creators of the event added: "Don’t let Cilla destroy a good old Aussie tradition."

Oh, and one tiny little disclaimer:

There are no vegans allowed!

After the event went viral, Cilla was forced to call her lawyers... again.

I'm sure that she's got them on speed dial by now. Her lawyer, John Hammond, expressed that she has "no objection to meat-eaters and has no objection to anyone having barbecues and she believes they are an Aussie way of life."

They issued a statement saying:

"Any person who seeks to attend Ms. Carden’s property on Saturday, October 19, 2019, or at any other time in relation to this event or matter will be referred to the WA police on the grounds of trespass."

"Security cameras will be installed to obtain a vision of any person attending the property and the vision will be provided to the police." What a bummer.

However, it seems as if that isn't going to deter anyone...

People are focused on delivering on this event, so remember the date guys and I'll see you there!

Maybe you're obsessed with hearing about the strange things that vegans get up to in their spare time?

If so, keep scrolling. I have the perfect piece for you that might actually make you angrier than a vegan...