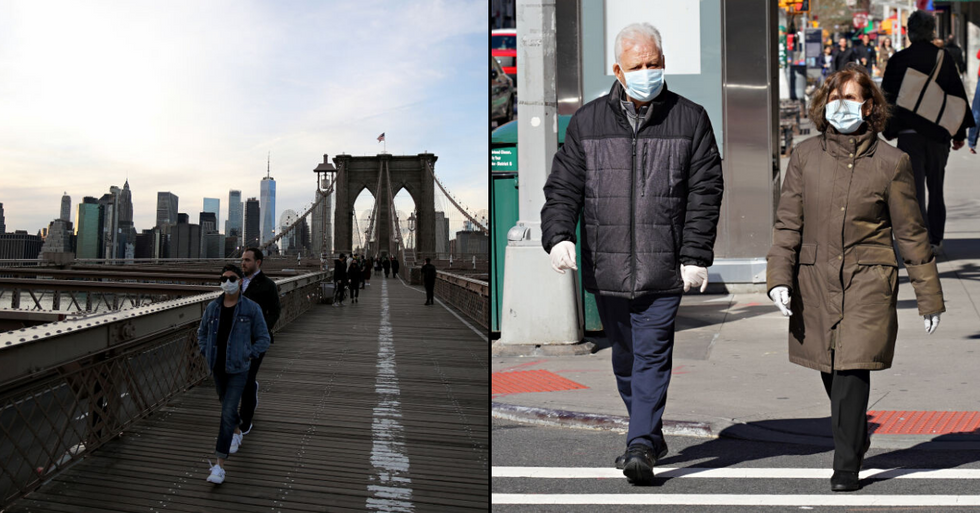 Now, due to more lockdowns and stricter measures, by the end of Wednesday, more than half the population of the United States will be ordered to stay at home.

We are struggling to contain this medical epidemic.

Since the first confirmed case of the virus in Washington in February, the numbers have risen to 54,808 across the full country, and a further 775 have died.

Now, at least 14 states have ordered more than 152 million people to stay at home.

At least 3 more states and eleven municipalities have orders going into effect later for their entire population.

When all the orders take effect...

180 million people will have been impacted - equating to fifty-five percent of the population of the US. The news comes as the US saw its deadliest day on Tuesday, with 160 coronavirus deaths reported, according to CNN.