Yes, cats have some serious competition with dogs... | 22 Words 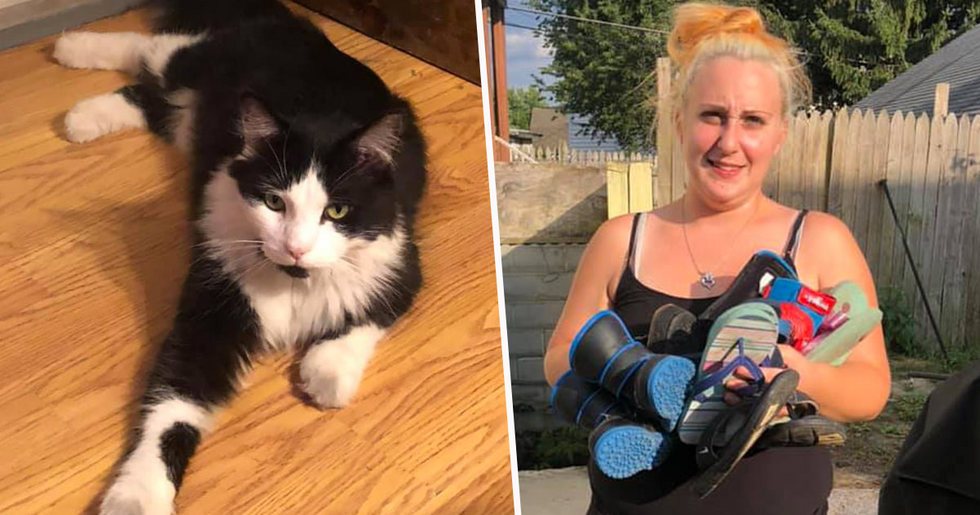 A talented kitty has gained an internet reputation for his hilarious crimes...

Cute - but with a tiny hint of evil.

They have no qualms breaking the rules.

As one particular cat has proven this week.

His crime of choice?

Burglary - but not for any old thing!

Nope - this is a cat with a penchant for shoes.

And his owner has come up with a brilliant way to undo his burglaries...

Naming and shaming him online.

Plus giving the shoe's rightful owners an opportunity to reunite with their property!

Recently, a Facebook page for one very naughty kitty has gone viral.

Looks like he'd be a pretty ordinary cat, right?

With shoes as his aim.

And he's very successful at his thievery.

Even gaining an online following for his escapades!

His owner has set up a Facebook page to help shoes and owners reunite.

And now many are taking to the page just to check up on Jordan's progress!

We have to admit, it's pretty impressive stuff!

We're just glad they all get returned.

Otherwise, Jordan's house would soon be overrun with odd shoes!

People have even made memes about the phenomenon.

That's how you know Jordan is famous!

Even if you think you know your cat, he may have a whole other secret nighttime identity! Want another cute cat story? Scroll on for one kitty with some unusual BFFs...