Ozzy Osbourne Announces That He Has Parkinson's Disease | 22 Words 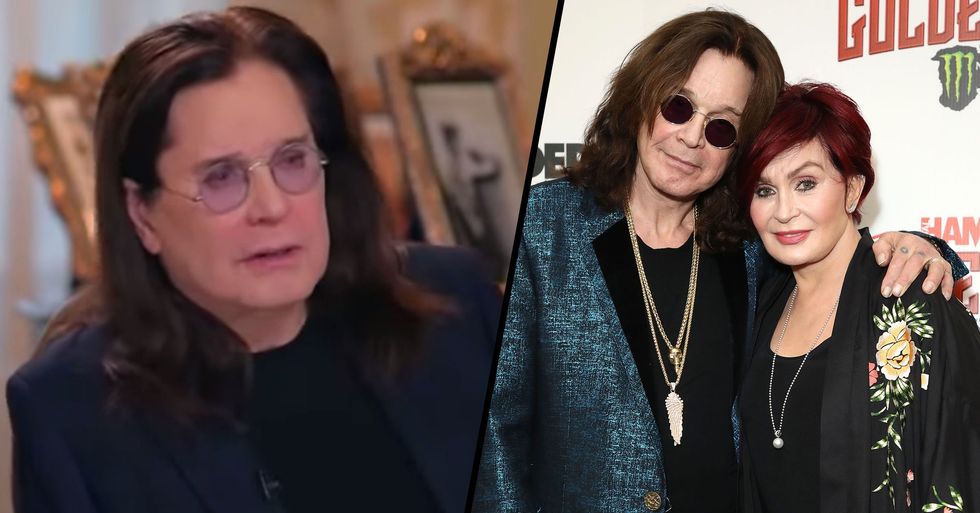 Ozzy Osbourne Announces That He Has Parkinson's Disease

This week, he and his wife, Sharon, broke their silence on the subject of his health - opening up to Good Morning America in an emotional interview, finally revealing what's been going on.

The hilarious reality show followed Ozzy, whose real name is John, and his wife, Sharon, with their two kids, Jack and Kelly.

In the emotional interview, Ozzy along with his wife, Sharon, opened up about the health struggles that have been heavily impacting his life. Keep scrolling to check out the clip...

While performing his last show on New Year's Eve 2018 ... the singer had a bad fall.

"We've kind of reached a point here, in this country, where we can't go any further because we've got all the answers we can get here," she said.
"So in April we're going to a professor in Switzerland and he deals with getting your immune system at its peak. We're going to go where ever we can go to seek answers." Keep scrolling to watch the full interview...

Watch the full interview below:

Let's hope the pair get the answers they want. Ozzy isn't the only celeb to reveal a secret health battle. Keep scrolling to find out more about Justin Bieber's "incurable" illness...