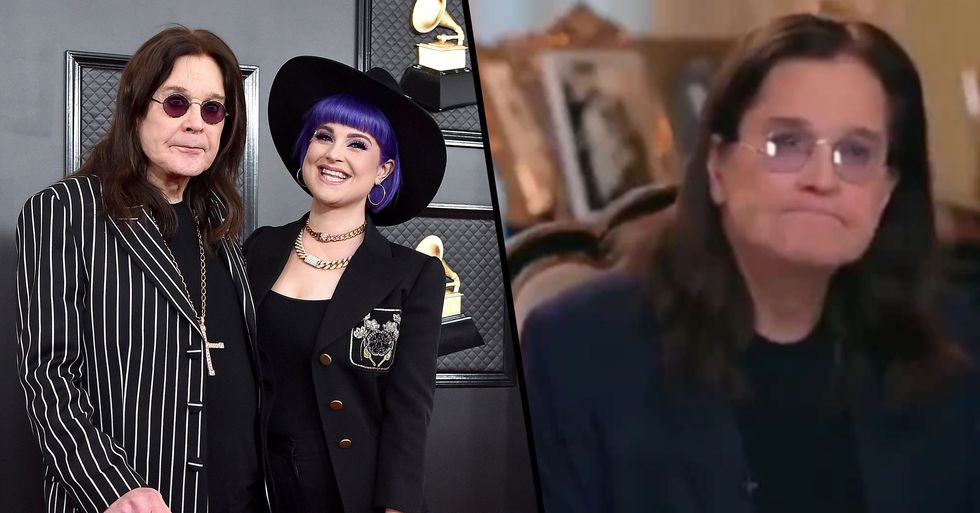 Following his emotional Good Morning America interview earlier this month,  in which he finally revealed what's been going on, the star has come out and said something even more devasting.

The hilarious reality show followed Ozzy, whose real name is John, and his wife, Sharon, with their 2 kids, Jack and Kelly.

And his sobriety has allowed him to focus on his music and family life. Speaking to Rolling Stone back in 2017, he said: "Now I’m coming on 5 years clean and sober, and I’ve realized what a f****** idiot I was. I mean, I’m still nuts, but in control of it a bit more."

In the emotional interview, Ozzy along with his wife, Sharon, opened up about the health struggles that have been heavily impacting his life.

While performing his last show on New Year's Eve 2018... the singer had a bad fall.

"We've kind of reached a point here, in this country, where we can't go any further because we've got all the answers we can get here," she said. "So in April we're going to a professor in Switzerland and he deals with getting your immune system at its peak. We're going to go where ever we can go to seek answers."

Just days after the emotional interview, Ozzy has revealed something even more devastating.

In an interview with Kerrang!,  the star said: "Do I ever think about when my time's gonna come? I think about it; I don't worry about it.

He went on to say that he doesn't think he'll be here in fifteen years' time.

"I won't be here in another fifteen years or whatever, not that much longer, but I don't dwell on it. It's gonna happen to us all." Sadly, that wasn't all...

He went on to say that is no longer happy.

"Am I happy now? No. I haven't got my health. That thing knocked the s*** out of me, man, but I'm still here." "In fact, I worried about [death] more when I was younger than I do now. I just try to enjoy things as much as possible, even though that's so f****** hard sometimes." This is so sad. Ozzy isn't the only celeb to reveal a secret health battle. Keep scrolling to find out more about Justin Bieber's "incurable" illness...