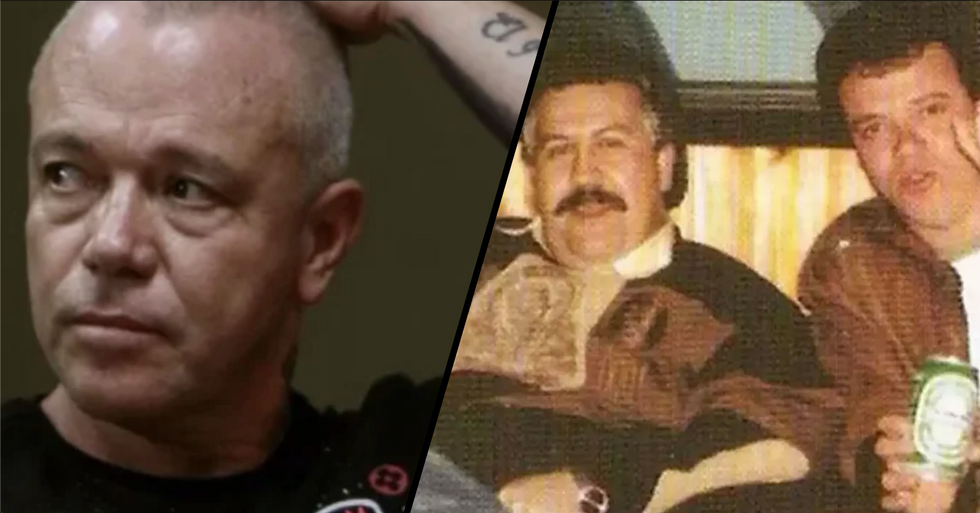 Pablo Escobar was known to be one of the world's notorious drug lords. The Colombian had control over the country with his overbearing influence over the government as well as those who gave their lives to serve him.

One of those men was Jhon Jairo Velásquez, also known as "Popeye."

Escobar's top hitman has now died at the age of fifty-seven.

Keep reading to find out about all the details that led to this horrific end.

I'm sure you're all aware of the man known as Pablo Escobar.

He was one of the world's most powerful drug dealers and the head of the Medellín cartel in Colombia, though his influences seeped across continents.

He started a life of crime pretty early on.

His early illegal activities included smuggling and stealing tombstones to resell but as the c****** trade grew in South America, Escobar found himself drawn to the drug dealer life.

So he easily got involved in the smuggling of illegal substances across borders.

And in the mid-seventies, he cemented himself as the leader of a criminal gang which we now refer to as the Medellín cartel.

He served as the head of the organization which meant he had a lot of power.

He, along with his closest allies, Juan David, Jorge Luis, and Fabio were involved in the production and transportation of c******.

His work made him one of the wealthiest men at the time.

At one point, it was estimated that he was worth just over 25 billion dollars which provided the foundation for his luxurious lifestyle which included a zoo in his back yard. However, he also used his money to fund projects to help the poor.

He had many other roles in his cartel.

From contacts within the government to moles within other establishments, Escobar had control over a large portion of South America and despite trying to put an end to his illegal activity, the authorities had a difficult time pinning him down.

One reason for this was his hitmen.

They were responsible for the murder of hundreds of people that dared to cross the drug lord.

One of his most notorious was known as "Popeye."

Jhon Jairo Velásquez, was responsible for the death of 110 people after he detonated a bomb that killed them all. In the 80s, he was one of Escobar's highest-ranking men on the job.

The murders were the outcome of an attempted assassination.

It was all part of a plan to assassinate the then-presidential candidate, Cesar Gaviria, who supported extraditing Colombian drug dealers to the U.S. to face prosecution for their illegal activities.

And he was not remorseful of the act, despite not getting his target.

The politician was warned not to board the plane, so wasn't killed. But Velásquez still described the plan as a "work of art" when he recalled the memory.

"Castano [another member of the cartel] deceived a young man and told him that he should open his briefcase in the air when the plane took off. He told him that the briefcase held a tape recorder and that when he opened it the device would be activated to grab the conversations of certain passengers..."

"That there were some Americans aboard, and the mafia needed to know about an extradition case they were carrying out. The dupe had already held a briefcase with a complex recorder in his hands and saw how it worked."

"Castano had already given him several examples, to deceive him more easily. When the briefcase opened in the air, the bomb was activated."

He also recalled how it felt to work for someone as powerful as Pablo Escobar.

Velásquez said he was seventeen he fell under the spell of the drug lord. “It was like I had seen God. He had this huge presence, like an aura around him. He had incredible magnetism."

He also mentioned that he loved his work:

And despite all his dirty work, he claimed to be reformed.

Living under a new identity, the former hitman gave up the dealing life and swapped it for a regular one. But that did mean he spent all of his time in hiding just in case revenge attacks were committed against him. He claimed he was "regretful" of his previous way of life.

News has now reached us that Velásquez died earlier today.

Colombia's National Penitentiary and Prison Institute (INPEC) released a statement that confirmed Velasquez died in the early hours of the morning at the National Cancer Institute in Bogota.

He finally lost his battle with stomach cancer after being diagnosed with it in December 2019.

It was also reported that he had been under arrest since May 2018.

His charges were suspicion of extortion and conspiracy to commit a crime.

The war on drugs still continues around the world. R.I.P. Popeye.