Packed New York Parks Are a 'Slap in the Face to Medics Dying on the Frontline', Doctor Says | 22 Words 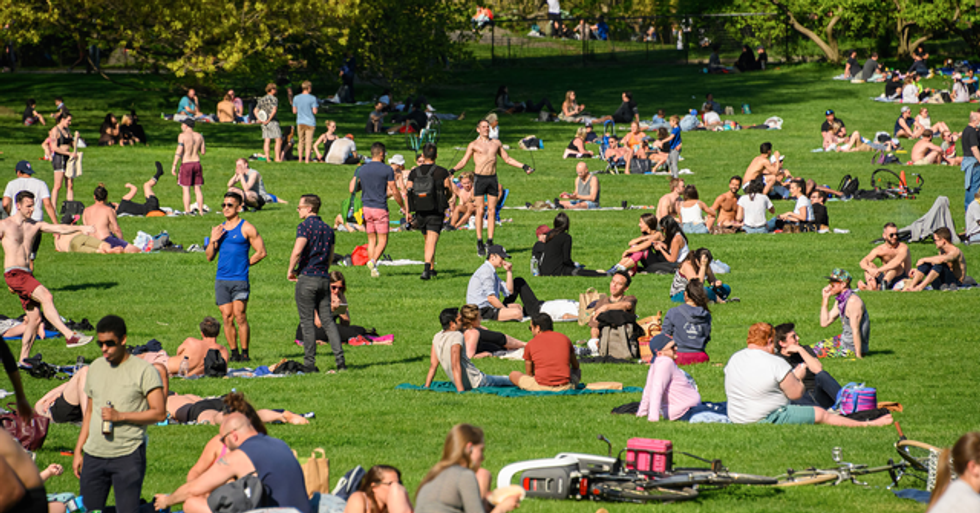 Packed New York Parks Are a 'Slap in the Face to Medics Dying on the Frontline', Doctor Says

Despite New York being one of the worst affected cities amid this ongoing medical pandemic, residents have been ignoring the lockdown measures by flocking to parks to enjoy the warm weather.

And now, a doctor has spoken out about this unruly behavior and has outlined just what it is doing to our hardworking medics...

Amid the ongoing pandemic, New York City has been one of the worst affected cities in our country.

The Big Apple has been hit notoriously hard by the deadly virus, but this doesn't seem to be fazing its residents.

The strict lockdown restrictions have been falling on deaf ears...

As thousands of New Yorkers continue to ignore the rules implemented by the government.

Obviously, this kind of unruly behavior could be incredibly damaging...

And could ruin all efforts in combatting the virus.

It is of the utmost importance that New York remains locked down...

Or there could be devastating consequences. But first, let's start from the beginning...

According to a New York doctor, the number of patients on ventilators has "more than doubled" in the last couple of months.

It's safe to say that the city has been struggling...

But in the typical New Yorker fashion, communities have been powering on through these difficult times.

And it's no secret that the cities healthcare workers have being worked to their limits.

Morgues within the state have been struggling to cope...

And under this immense pressure, the city shortened the amount of time it will hold unclaimed remains before they are buried in the city's public cemetery.

In truly apocalyptic scenes, a mass burial site was built.

Yet, despite these shocking images...

Over the weekend, thousands of people were filmed sunbathing in parks all over the city.

And now, a doctor has spoken out to condemn those breaking the lockdown rules, and to outline just how they're affecting the lives of the heroic medics out on the front line.

And he is not impressed.

Cleavon Gilman, a doctor at the New York-Presbyterian Hospital in Washington Heights, tweeted his disapproval, alongside a video of New Yorkers sunbathing in the park.

He had a harsh message for those breaking the rules.

"16,000 New Yorkers dead in 8 weeks! This is a SLAP in the face to healthcare providers nationwide risking their lives and dying on the frontlines of the coronavirus pandemic. I’m in Central Park right now and it’s business as usual."
His video was quick to go viral, with other 5,000 retweets and 12,000 likes.

All people need to do is wear a mask and stay apart from each other.

Is it really so difficult? For more updates on the ongoing pandemic, keep scrolling to read about Italy's lifted lockdown...