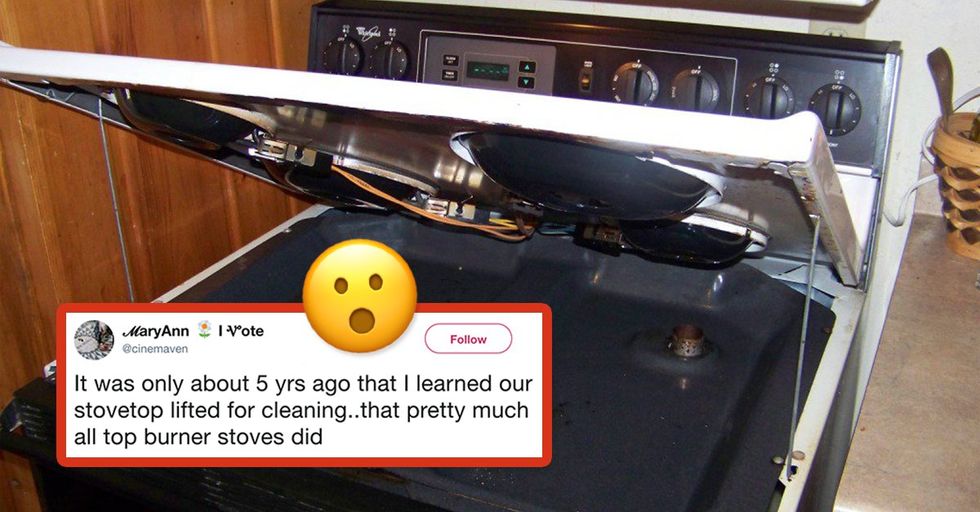 Mind-Blowing Realizations People Had as Adults

You're a pretty smart person, right?

I mean, you might not have won a Nobel Prize or discovered a new type of math, but you have made it this far in life with the knowledge in your head. That being said, I'm betting that even the smartest people in the world make mistakes in their life, or have completely missed some base-level knowledge before. I know I have!

It wasn't until I was in my twenties that I learned that "Wolverine" is in fact not another name for wolves, and that wolverines are a different type of animal. This wouldn't be quite as embarrassing if I hadn't spent my entire life living in Michigan (The Wolverine State).

Even now, there could be some very basic thing that everyone knows except for you.

Though, we don't all have the same powers. A recent Twitter thread gave people the chance to share what well-known bits of knowledge they didn't learn until way later in life. They're seriously amazing.

It all started when writer Shannon Proudfoot, posed this question:

What's the most mundane but thunderous epiphany you ever had? Something so ridiculously dull or elementary that sti… https://t.co/Z6bimZhrj3
— Shannon Proudfoot (@Shannon Proudfoot)1539698125.0

Ready to read some epiphanies? You might learn something new!

Let's start with this one:

@sproudfoot I thought artichoke hearts were from an animal that I pictured as being similar to an armadillo. I thou… https://t.co/ddFx1yiluI
— Nathan Holmes (@Nathan Holmes)1539746764.0

Those poor artichokes! I may have thought wolverines are wolves, but I can rest assured that I knew artichokes were not animals.

To be fair, this isn't the best pun I've ever come across in my lifetime. Still, 30 years passed before you learned it?

@sproudfoot I thought the Lincoln Memorial on the back of the penny was a trolley. Well into adulthood.
— Dean Dangerfield (@Dean Dangerfield)1539826124.0

I understand that. It has some very trolley-like attributes!

Wait until you realize Knockturn Alley is "nocturnally." And Grimmauld Place is a "Grim, Old Place."

I think "Chick Filla" is a much better version of the name. Should we all start calling it that?

This is mind-boggling. I'm glad someone finally set her straight!

A lot of people have the same last name and aren't siblings! And some siblings have different last names (looking at you, Emilio Estevez and Charlie Sheen).

I'm sure this isn't the only person who thought this. Those maps can be tricky!

@sproudfoot My aunt was making her little boys grilled cheese sandwiches. One of them got fed up with this and aske… https://t.co/DPseVwItOG
— Angela Porisky Ⓥ (@Angela Porisky Ⓥ)1539746697.0

This one is adorable. Imagine his dismay upon learning his mom wanted to feed him a girl cheese sandwich!

Your stove probably does this!

Just checked my own stove and yep! It does this. (I will still avoid cleaning it, though.)

When I first started dating my husband, I had to show him video footage of narwhals before he would believe that they were real.

@poor_choices @sproudfoot I realized YESTERDAY that The Beatles name is spelled like that because of a beat, like a musical one.
— Lindsay Rae (@Lindsay Rae)1539744689.0

@sproudfoot Before filling up my car’s gas tank, I’d calculate how many gallons I had room for and stood at the pum… https://t.co/73YDGM3lOX
— Hannah Weinberger (@Hannah Weinberger)1539749985.0

This must have taken so much time and brain power. I don't even know how much gas my tank holds.

Imagine the horror upon realizing the truth in this one. Of course, depending on which show I was "selected" for, I might be into it. If they ever reboot The Mole, I am SO THERE.

Man, that Anonymous writer sure did write a lot of things, huh? So cool that they only had one name, too. Like Cher. Or Madonna.

@sproudfoot My sister @pegazzani looked up suddenly from the sandwich on her plate at lunch one day and said, “Wait… https://t.co/DFyfK7vbEB
— John Edgar Park (@John Edgar Park)1539794780.0

I want to know what she thought the sandwich crust was. No, I need to know.

If this isn't the purest, most adorable thing you've read all day, then I don't know what to tell you. Canada, never change.

Plenty of people think ponies are baby horses. They are all 100 percent wrong.

@sproudfoot I thought that when you were moving you switched houses with whoever’s house you bought and moved into.
— Calvin Huggins (@Calvin Huggins)1539740622.0

This makes sense to me. Bu unfortunately, it is incorrect.

I applaud your father for his quick thinking! I also assume you went all out and bought a bunch of candy when you turned 21-years-old.

I never understood this message, either! This was a pretty good guess if you ask me.

You were a step ahead of me. I assumed it was spelled "epidemy" and said "epi-TOME" the first time I read the word aloud.

@sproudfoot I thought a medical ‘dressing’ involved pouring salad ‘dressing’ on a wound bc I was once in the school… https://t.co/w0PgvjAq1H
— Katherine Lee (@Katherine Lee)1539814890.0

This is amazing. I keep imagining a nurse squeezing a bottle of Ranch dressing all over a patient.

Man, that is one nasty bush! I'm going to start carrying hedge clippers with me wherever I go.

Did you know about this? This changes everything.

They were spending so much money on lint rollers thinking it was a one-use item? But they never thought to use tape instead?

@sproudfoot I was around 8 when I realized that rock stars weren’t regularly showing up at local radio stations to… https://t.co/JvOGxrJujL
— Judy Smith (@Judy Smith)1539740367.0

Leave it to kids to think of the solution that makes the least amount of sense in order to explain something that's quite simple.

Oh, no, no, no. That hurt me on a personal level. Share this with someone who loves learning!