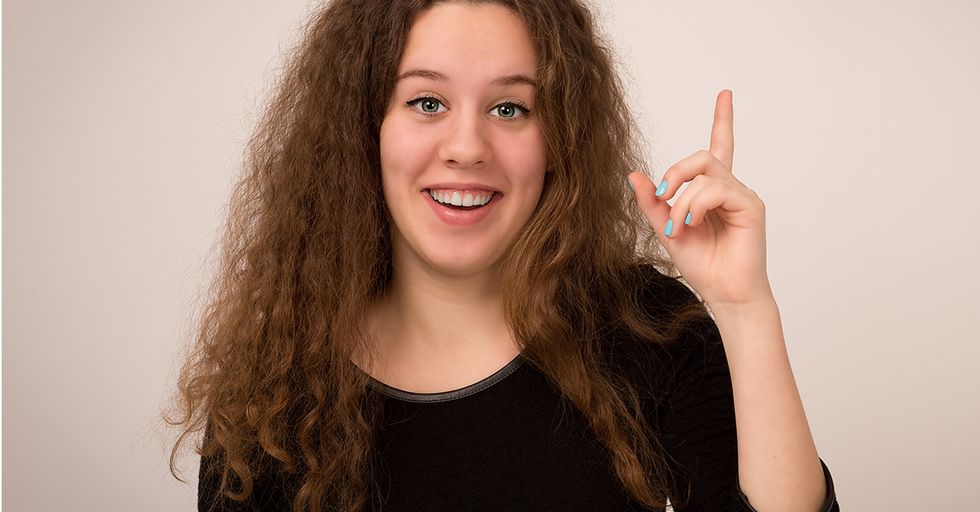 The world is full of interesting things. But sometimes you learn something that is so obvious, you can't believe you never realized it before. Learning about these "obvious" things can send you into a tailspin. For instance, I remember the first time that I found out a tomato was not a vegetable, but a fruit.

The world is crazy, people!

Now, you know we love sharing interesting facts here. It turns out that a lot of people out there didn't know quite obvious things, and decided to share them with the internet. Some of these facts are more obvious than others. But all of them - and I mean all of them - are mindblowing. They'll make you stop whatever it is you're doing, scratch your head, and think, "Is everything that I know and love a lie?"

Okay, it may not be quite as dramatic as that, but still. Here are some painfully obvious things that you never knew! Enjoy!

I mean, I guess it's good to not stuff yourself with popcorn anyway. But was the fear necessary?! Parents are ruthless.

These little creatures have arms and hands! They've been politely hiding them this whole time...

This is mindblowing. I'll never be able to eat a banana in the same way again. The next one is definitely something you probably didn't realize...

Even though it's obvious!

I mean, yes, clearly this makes sense. But how many of us never put two and two together? I definitely didn't realize this.

Another thing I never realized, even though when you think about it, it's incredibly obvious. You learn something new every day!

OMFG ... Pancakes are called Pancakes because they are cakes made in a pan .. I'm not happy about being the last person on earth to realise
— Barclay Beales. (@Barclay Beales.)1431616903.0

This makes complete sense, and yet I have never realized it. But who's thinking about where the name "pancakes" comes from when they're eating pancakes? Not me. I'm too invested in said pancakes.

Now this is interesting...

An odd choice of inspiration for a restaurant, but hey, I'm not going to knock it until I try it. Which I plan to do. Immediately.

This one kills me. Because I thought the same dang thing. Like, how dare Santa cheat on Mrs. Claus! But, alas, that's not the case. Nobody is cheating on anyone!

I was now years old when I realized “prefect” was a real thing in British and Australian schools and not something made up for Harry Potter.
— lina (@lina)1532232861.0

Who else thought "prefect" was just J.K. Rowling misspelling "perfect"? Just me? Cool.

This is a thought I definitely didn't need in my brain. My skin is crawling thinking about this.

So hey, don't stress if you get an ominous fortune!

The wonders of the English language... Who else has mixed up these two words?

You mean the JoBros didn't write "Year 3000"? This information has me shook to my core. I feel manipulated.

I can't fathom this

Apparently the monopoly man has never had any eyeglass on his eye this entire time.. my life is a lie
— 𝒞𝑒𝓁𝑒𝓈𝓉𝑒 (@𝒞𝑒𝓁𝑒𝓈𝓉𝑒)1526113087.0

How can this be true? Everything I know is a lie! Nothing is real!

Well, this is depressing. I would've preferred to live in ignorant bliss. Sheesh. They need to teach this stuff in school so you don't grow up believing a lie.

Now this is just ridiculous...

How is it not "Mirror, mirror?" This is a travesty! Is anything real? Are we living in a Matrix-esque simulation? This is throwing me into an existential crisis.

Don't tell me this

I just found out that those Instagram polls are not anonymous. And here I purposefully giving people terrible life… https://t.co/qUOGjkVHlY
— G-$tackz (@G-$tackz)1526390016.0

Both are equally dreamy. Yes, I just called a cartoon dreamy. It is what it is.

I knew I loved this movie for a reason. This detail is everything. Mike Wazowski forever.

If it's true, I don't understand. Who else just snapped their fingers so many times?

The things you learn when you grow up! The next one though...

That's why this movie was so good... It's full of secrets.

Another fictional character who doesn't exist. The world is cruel.

Well, this is a bummer. Peanut M&Ms are the best ones out there!

This video is certainly eye-opening. I don't think I'll be able to eat pizza the same way ever again.

At first, I definitely thought those were her legs, too! But now that it's been pointed out, it's painfully obvious indeed.

Honestly, we all need to be putting trash bags in the can like this. This kid is a genius.

Can you spot the person who doesn't belong? Yeah, it took me way too long to realize that Lil Wayne is in this yearbook.

Over a bunch of lies! Thank goodness they let Zac Efron sing in the other movies. The boy's got pipes!