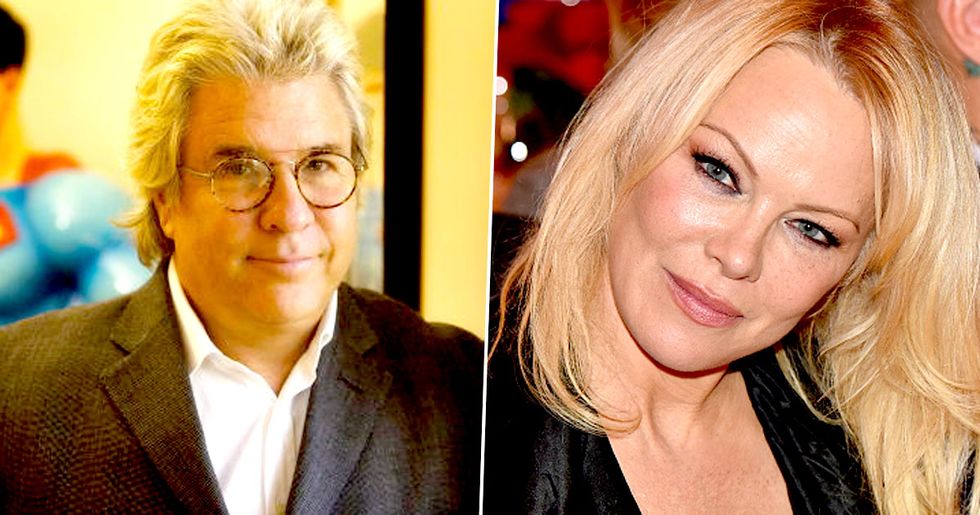 At age 52, Pamela Anderson is no stranger to controversy.

There was the sex tape, the Halloween costume, and now... there's the divorce. But not just any old divorce. Two weeks ago Pamela wasn't even married!

12 days ago, Anderson married Jon Peters and now they're separated. Each to their own.

Pamela Anderson is the original A-Lister.

Countless times Anderson has been called out for her actions. She was criticized for posing nearly nude in a PETA campaign, there was the leaked sex tape of her and Tommy Lee, and then there was the Halloween costume last year.

It was all to do with cultural appropriation.

More and more people are getting accused of "cultural appropriation."

The issue of cultural appropriation has become more and more apparent over the years.

Cultural appropriation occurs when the elements of one culture are adopted and used by another culture.

And Pamela Anderson faced the heat.

She shared 2 photographs of herself wearing nothing but white underwear and a feathered headset that resembles traditional Native American headwear.

The photographs have a cultural meaning...

The photos are from a collaboration with photographer Laurie Stark, taken to benefit Native American activist, Leonard Peltier, as his lawyers fought to have him released from prison.

Pamela quoted French-Cuban American diarist Anaïs Nin, suggesting that she had moved on in the 4 years since the images were taken. "Whenever you do something that is not aligned with the yearning or your soul— you create suffering," she wrote. "Life is a process of becoming, a combination of states we have to go through. Where people fail is that they wish to elect a state and remain in it. This is a kind of death."

But fans were quick to point out the insensitivity of the photographs...

Many claimed that they appropriated indigenous cultures, and they also put her on blast for the feathered headdress, claiming that it went against her animal rights activism.

People of a Native origin were particularly annoyed.

They responded with comments such as: "We're a culture, not a costume," and "This is really disappointing & racist Pam, I thought you were better than this."

Another user wrote: "Like I genuinely respect you, you have broadly good politics and should really know better."

Some fans were there to stick up for Pamela, however...

"Good lord people relax she was just dressing up for Halloween," one user wrote, whilst another said: "It's a costume!! She's not murdering anyone!"

Pamela ignored the majority of the comments...

But she directly responded to one that suggested she was against the seal hunt.

Pamela is strongly against any form of animal cruelty.

@tagaq I am against the seal hunt. It’s barbaric and unsustainable .. to beat baby seals - crush there skulls… https://t.co/GcpN5dgEsl
— Pamela Anderson (@Pamela Anderson)1572750428.0

The actress said "It’s barbaric and unsustainable...There are other ways to stay true to tradition - saving the environment."

This time it's all to do with Pamela's marriage to film producer, Jon Peters.

Well that's the thing, not only did their marriage not last that long, it didn't even last two weeks.

It was a mutual decision.

I can understand a mutual break-up. But Jesus! Did you not even give it some time? Two weeks ago you were getting ready for the wedding. Now it's all over. Wow.

Anderson has spoken out.

I have been moved by the warm reception to Jon and my union.

We would be very grateful for your support as we take some time apart to re-evaluate what we want from life and from one another. Life is a journey and love is a process.

With that universal truth in mind, we have mutually decided to put off the formalisation of our marriage certificate and put our faith in the process. Thank you for respecting our privacy.

They've both been married before.

Anderson and Peters had been married a whopping five times before and then they decided to tie the knot themselves.

Peters met Anderson at the Playboy mansion in the 80s. Apparently they got along just fine ever since but those 12 days of marriage just didn't work out... Let's hope they're both happily single again.