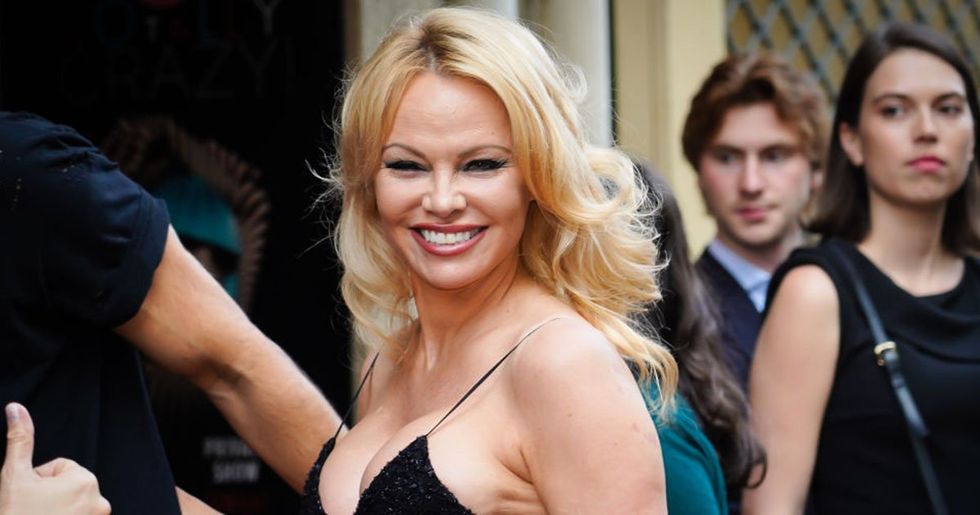 Even though Halloween is over for this year, the Halloween costumes are still doing their rounds on social media. And what's better than seeing what our favorite celebrities dressed up as this time round?

But with every Halloween costume comes offense - people get called out every year for being offensive in their costume choices.

Pamela Anderson is this year's victim in the "offensive costume" department, so keep scrolling to figure out for yourselves whether or not her outfit was really as bad as people were making out...

Halloween is all about dressing up and having fun.

The annual holiday dates back centuries, and, despite the original intent of warding off ghosts and spirits, Halloween is now the yearly golden opportunity to put on our best fancy-dress efforts.

But, in modern-day culture, especially here in America, people prefer to simply dress up as anything they want.

But certain fancy-dress costumes have recently been causing a stir...

More and more people are getting accused of "cultural appropriation."

The issue of cultural appropriation has become more and more apparent over the years.

Cultural appropriation occurs when the elements of one culture are adopted and used by another culture.

Dressing up as a figure from another culture is often considered offensive...

And celebrities are the main culprits when it comes to using other cultures for fancy-dress.

The Kardashians are no strangers to criticism...

Remember the time that Khloe Kardashian dressed up as a cat for Halloween in 2014 along with Scott Disick and Chris Reda, who were dressed in traditional Arabian clothing, captioning her Instagram post as "Sheik Pussy."

Khloe was forced to publically apologize following the storm on Instagram...

People were offended by not only the caption, but the irrelevant use of veils and the way in which the reality star poked fun at the culture. "I’m really upset that I’ve offended anybody. I’m even more bothered that the commenters think I’m poking fun at their culture. I didn’t realize how offensive it was. I didn’t know I was doing anything wrong," Khloe said on KUWTK.

Katy Perry was slammed for dressing up as a Geisha in 2013...

In similarity to Khloe, she was forced to apologize, saying: "I won’t ever understand some of those things because of who I am — I will never understand, but I can educate myself, and that’s what I’m trying to do along the way."

But, this year, Pamela Anderson is the one facing the heat.

The fifty-two-year-old model and actress, who is best known for her work with Playboy and appearances in Baywatch, has been accused of cultural appropriation in a recent Twitter post.

She shared 2 photographs of herself wearing nothing but white underwear and a feathered headset that resembles traditional Native American headwear.

The photographs have a cultural meaning...

The photos are from a collaboration with photographer Laurie Stark, taken to benefit Native American activist, Leonard Peltier, as his lawyers fought to have him released from prison.

Pamela quoted French-Cuban American diarist Anaïs Nin, suggesting that she had moved on in the 4 years since the images were taken. "Whenever you do something that is not aligned with the yearning or your soul— you create suffering," she wrote. "Life is a process of becoming, a combination of states we have to go through. Where people fail is that they wish to elect a state and remain in it. This is a kind of death."

But fans were quick to point out the insensitivity of the photographs...

Many claimed that they appropriated indigenous cultures, and they also put her on blast for the feathered headdress, claiming that it went against her animal rights activism.

People of a Native origin were particularly annoyed.

They responded with comments such as: "We're a culture, not a costume," and "This is really disappointing & racist Pam, I thought you were better than this."

Another user wrote: "Like I genuinely respect you, you have broadly good politics and should really know better."

Some fans were there to stick up for Pamela, however...

"Good lord people relax she was just dressing up for Halloween," one user wrote, whilst another said: "It's a costume!! She's not murdering anyone!"

Pamela ignored the majority of the comments...

But she directly responded to one that suggested she was against the seal hunt.

Pamela is strongly against any form of animal cruelty.

@tagaq I am against the seal hunt. It’s barbaric and unsustainable .. to beat baby seals - crush there skulls… https://t.co/GcpN5dgEsl
— Pamela Anderson (@Pamela Anderson)1572750428.0

The actress said "It’s barbaric and unsustainable...There are other ways to stay true to tradition - saving the environment."

Seal hunting is only legal in 9 different countries...

In Canada, the Inuit (native to Canada, Alaska, and Greenland) were the largest population of seal hunters and skin sellers.

Pamela, alongside many other activists, are passionately against the slaughtering of seals.

As countries banned and limited the activity gradually, the average income of an Inuit seal hunter fell from $53,000 to just $1,000, and suicide rates rose according to CBC, showing how a cruel activity was once a persons' living. Gwen Stefani has also recently been accused of committing cultural appropriation. Keep reading for more on that!