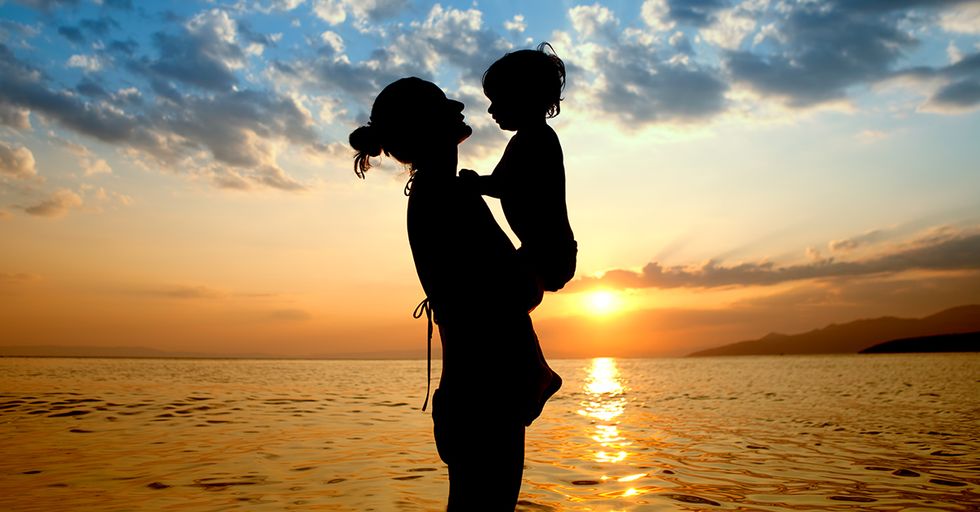 29 Parenting Tips That Sound Good but Are Actually Pretty Terrible

If you are a parent, are expecting a child, or have thought for even a few seconds about eventually having a child someday, chances are that you've been on the receiving end of plenty of advice from well-intentioned people.

Maybe it's your own parents, hoping to instill the wisdom that led to you turning out so perfect. Maybe it's from your great aunt Sally who suddenly has a lot to say about child rearing. Maybe it's one of your friends from college who has no children of their own but is still somehow a total expert on everything even remotely kid-related. Most likely, the advice is coming from all of these people. And it's not going to stop anytime soon.

In addition to being able to enjoy all the joys of raising little ones, becoming a parent also means that you're constantly given advice from just about everyone.

You'll quickly get used to making this face:

But honestly? A lot of the advice people give to parents is actually pretty problematic. A recent AskReddit thread asked people to share which pieces of advice are really total malarky. Some of their answers were pretty surprising!

This is a very bad idea.

Keep your kids super clean and away from potential allergens. –Davidjhyatt

People love parenting tips. Don't be shy about offering them up at any time and for any reason. –grandpa_tarkin

Wanna scar your kid for life?

Make up a scary lie as a consequence to get your child to do as you say. e.g., "If you don't get to sleep, you will die!" Child proceeds to have trouble sleeping because they're scared of dying for not sleeping. –hole_da_door

If you ignore them they will leave you alone. Whoever made up this advice originally is stupid. This hardly works on adults let alone children who still don't understand the "too far" line when joking/teasing. –pryzmly

Have a second child so they can babysit each other. –noob_almost

Lying to your kids to explain difficult things. I get that in some situations, like if someone commits suicide, telling an alternative story may be a good idea. But for 99 percent of situations or questions a kid asks, a parent should respond factually. –modudupup

This never goes the way parents think it will.

"Don't let them date until after high school." That one backfired on my parents in a big way LOL. –vButts

Failure actually is an option.

"Don't let your kids fail." The worst thing we can do as a parent is to never allow our kids to fail. We only fail them, as parents, by never allowing them to face disappointment and are robbing them from the ability to learn some basic life skills. Let your kids fail, fall on their face, pick themselves up and rub the dirt off. –jsiaf

"Let them beat you at games." Nooooooooo. Play a game with a good handicap mechanic (randomness or explicit) that lets you beat them closer to 50 percent of the time and ideally lets you adjust the handicap as they start winning more. Or switch games to something more complex but keep its randomness at a level so that they can beat you legitimately but definitely not always. –0xbdf

If they are throwing a tantrum, distract them by giving sweet treats or a new toy. –Divgirl2

Here's a recipe for disaster:

Constantly tell your kids they're the smartest kids ever. –ninjanikki91

"Get your kids into a strict bedtime routine." This is great for the VERY early years, but once you start incorporating stories and such, you have to mix things up a bit or you'll get stuck in a situation where you can't shortcut ANYTHING or your kids won't be settled. Have to make them adaptable. –ihbj

Maybe go with a toy phone instead.

Let your toddler play with your phone to calm them down. –waldo06

This one can be a little tricky.

"You have the right to invade your child's privacy because it's for their own good." There are specific situations where I think doing this can be condoned. But I'm talking about those parents who go through the kid's diary, social platforms, closets, everything - just because their kid is acting secretive or because the parents "have a hunch." Children of parents like that will grow up to be mistrusting of others, among other issues. I would know, thank, mom. Your kid probably won't act so sketchy around you if you taught them early about good communication and trust. Snooping around their stuff and not giving them their own space is not good for either of you. Trust is not a one-way deal. –mang0fandang0

It's almost too good to be true! Oh, wait.

The more children you have, the more money the government gives you! –scobeavs

My dad (a psychology professor) told me that if my child bit me, I should bite him back. –goldilocks22

"Never bargain with your children."  Non-parents come in with this one all the time. Want to know a really good way to teach a child that effort has rewards? Rewards. You don't make deals constantly, just to get them to do everything you want; but when they start learning things they much rather would not, a reward for effort helps. Nothing big, and make sure that it's actually earned. We live a lot of our lives doing something we would rather not do for a paycheck. Might as well teach them how to cope with that early. My three-year-old has an education of a first grader and is rapidly advancing. She likes doing most things simply because she likes to. She doesn't like learning to write, though I try to make it fun. Her reward for good effort? A show of her choosing with daddy (I don't watch a lot of TV when she's here). Nothing big, and it's helped her become proud of being able to write. So, my advice to parents? Make sensible bargains sometimes. It'll help prepare them for reality anyway. –dis_ABLED

"Console them when injured and don't let them climb or find themselves in any hazardous situations." Now, I don't mean to say never console ANY injury. Just most. I stopped reacting at an early age with my daughter while allowing her to jump on the bed and climb ladders and balance on wood piles and... I HAVE THE TOUGHEST MOST INDEPENDENT CHILD EVER! Serious falls she just gets up and walks away no tears. She has incredible hand-eye coordination and impeccable balance. Please note that this statement is within the realm of reason, it's not like I'm telling her to suck it up with a split forehead or encouraging her to climb on zoo fences. –3rddimensionalcrisis

You have to keep living your life.

"Keep the household quiet when the baby is sleeping. " We are a busy household 4 dogs 2 cats a 2-year-old and a 2-month-old. If I want to blend a smoothie, listen to music or vacuum the house, I do it. We do not tiptoe, my kids sleep through noise. –NotACop119

Teach healthy habits while they're young!

"Always tell your kids to finish their food." This honestly just promotes obesity and an unhealthy lifestyle, although I get the idea of telling them to finish what's on their plates. –carirenebit

"Respect your elders." Respect should be mutual and my kid shouldn't just take abuse because someone is older than them. –Deepseracingmul

You're in trouble now!

"Don't do that or I'll call the policeman and tell him you have been naughty." Seriously parents, do not do this! Kids need to trust the police. Teaching them to fear police at a young age is not cool. –elissa_d

"Save money by buying a used car seat." Car seats, like helmets, are better bought new because you never know the history they have and you're better off making sure your child is safe. –-eDgAR-

It's OK to show your emotions.

"Tell your kid to 'suck it up' when things get tough." If I've gotten to the point where I'm stressed and emotional enough to break down in front of my parents, something is very wrong and I've most likely been "sucking it up" for weeks already. I handle stress well, but we all have our breaking points. Thanks to their helpful advice, I'm afraid to let anyone know if something is bothering me because I don't want to look weak or sound like I'm complaining. It took me years to be able to communicate my stress to my SO, and I still struggle with it. –Heruuna

Sometimes, your kids are going to make choices you don't agree with.

I think its wrong if a parent uses financial leverage against their child's personal choices, such as where to attend college. "We won't pay for your tuition unless you do THIS, attend THIS school, and follow all of our rules". This may seem like a well-intended way to guide your children away from harm and keep them on their best path. However, I've found that it can be harmful. Your parents try to know what's best for you, generally speaking, but it is still a form of emotional manipulation that I don't think is appropriate for a 17 or 18-year-old, or anyone old enough to be making choices about their own living situations. By the same standards, a parent might say, if you choose to marry this person, we will not help you cover the costs of the wedding. If your parents really respect who you are as an adult, they should give you unselfish support that doesn't vary depending on how they would potentially make a different choice in your scenario. –sadgxrl

"Don't go to your newborn every time it cries because you'll spoil it." Crying is a newborn's only method of communication, and all it needs is love. Hold and snuggle those babies as often as possible, and you'll have a more independent and trusting child later. –whatupj

You can't be your child's only friend.

"Be your child's best friend." –ashabousha

My sister has the habit of buying both of my nephews' presents, but she does it in a way that she thinks is fair. I mean, say it's my oldest nephew's birthday. Well, she buys them both toys so that they don't feel left out. Same for the younger one. If say, one of them gets good grades or has done something good, they both get presents. I mean, that's awesome, but I feel that that might be a bad parenting habit since she's spoiling them both at the same time. And most of the time, the oldest one fights over the younger one's toys because he chose something that interested him later on. So I don't think it's working. –AReverieofEnvisage
"Do as I say, not as I do." –morph023 Have any friends who are parents want some advice? Share this with them!