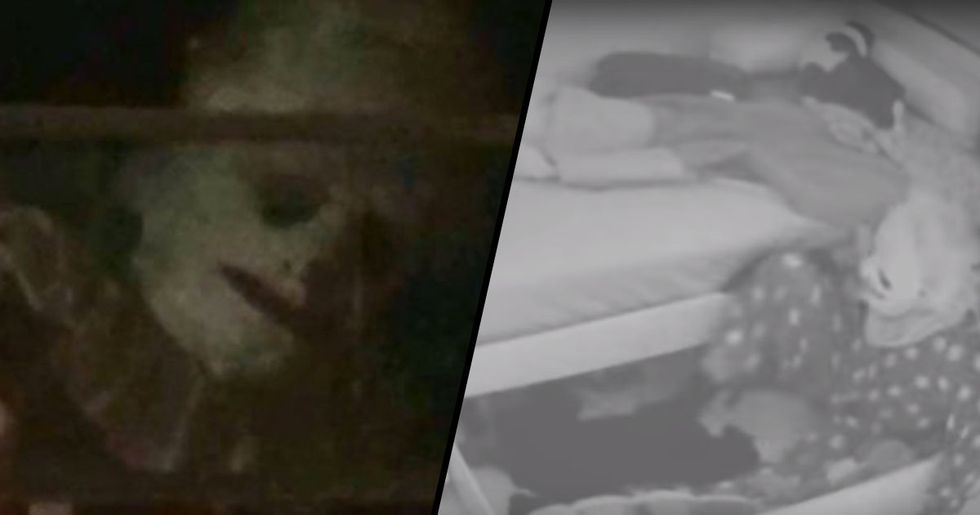 Parents Can Hire Wrinkles The Clown To Terrify Kids Who Misbehave

Coulrophobia, a phobia of clowns, is a fear that seems to sit amongst even the brave. There's just something highly creepy about men with red and white paint on their faces. And don't even get me started on the polka dot jumpsuits and the horrendous wigs. Even the thought is terrorizing enough.

But this story was even more terrifying to read about. Do you have kids? Would you ever choose to scare them silly by hiring a clown and giving it permission to basically torture your child into submission? Well, some parents have done just that, which has led to their parenting skills being questioned. I mean, there should be a law against it, in my opinion.

Keep scrolling to hear all about the legend that is Wrinkles The Clown. I can guarantee you'll be sleeping with one eye open tonight...

Clowns were supposed to provide enjoyment at first...

I can't pinpoint exactly when it happened, but the jesters suddenly turned a dark corner and what we once found funny, turned sinister quite quickly. We all seem to have been conditioned to fear men in costumes. I mean, men are frightening enough in general, but adding a bright red nose, and a curly wig just makes them a hundred times weirder.

And we can only blame pop culture for our fear of clowns.

From Pennywise to the Joker, the big-screen has become responsible for encouraging our fear of clowns.

But where has all this stemmed from?

Urban legends such as the one I'm going to tell you about have incited this fearmongering. And for good reason too. A man, hidden behind an exaggerated persona who works with kids? Sounds fishy to me... I would never trust them.

However, in the past, many parents have.

Wrinkles The Clown is a legend for all the wrong reasons. This persona was created and used by a man from Florida - of course, it's Florida - to lurk around your kids in order to teach them a harsh lesson about misbehaving.

So let me get this straight...

Some twisted "parents" have decided that, instead of grounding their kids and taking their phones away from them like sane parents, they're going to pay off some creepy loser to hang about their kids until they suddenly become angels? Messy.

It all sounds like the plotline to a badly-written movie, right?

Well, you're half right. This is basically the storyline to a documentary conveniently named Wrinkles The Clown and it tells the story of the creep but in visual form. Can I get an "oo" or an "ahh"?

One look at Wrinkles and you'll most likely wet yourself.

There's just something menacing about him. Most clowns lack the sagging feature Wrinkles has, and I think that's the part that adds the extra dash of fright to the whole look. Someone get this creep some night cream, it will do wonders.

Do you remember when the clown epidemic took over in 2015?

A bunch of wannabe Wrinkles popping up all around the country trying to scare the **** out of everyone. It all started with one online video, and soon after, we saw a whole epidemic sweeping the entire globe.

At a time when viral horror trends were reaching their peak, we were left fearing for our lives.

From Slenderman, who I had a personal vendetta against when "he" scared the life out of me during a video game, to Momo, the sallow-faced dead girl who possessed kids to do evil. God, we have seen a fair share of these scary trends.

But nothing could ever top Wrinkles.

Unlike other urban myths, Wrinkles was the only one phone call away. In an age where even kids have access to hand-held devices, it became perfectly clear that the clown was a very accessible horror story. And for small change, he was capable of almost anything.

Though he was primarily used as a tool to keep kids in line.

I'm more excited about this Wrinkles the Clown documentary coming out next month than I probably should be. He's a… https://t.co/flVwMd5z9D
— Stacey Grant (@Stacey Grant)1568903861.0

The documentary tells the story of how disturbing images can take up a life of their own and how audiences can end up fuelling a false image that manages to haunt people forever. However, it also analyzes how there seems to be an underlying attraction towards clowns and their haunting nature, which then goes on to highlight exactly how people develop weird obsessions. Keep scrolling to see the full-length trailer.

Due to the revelation of this film, the actual Wrinkles is receiving death threats.

I mean, what do you expect? Don't abuse kids, whether it be physically or mentally. Imagine hiring a creep in a polka-dot uniform to run after your kids? It's just absurd.

Check out this creepy case.

Just watched the Wrinkles the Clown documentary! A creepy look into folklore, scary clowns, and the kids who love… https://t.co/hFp0KNDRwy
— Jen (@Jen)1570416441.0

I don't care how naughty your child is, if you do this, you're an irresponsible parent. No arguments.

People forget that this was actually real life.

i thought wrinkles the clown was a mockumentary lol like just felt if some guy was dressing up as a clown hanging a… https://t.co/c3FawEhxok
— Michael 🇮🇪 (@Michael 🇮🇪)1570453209.0

Parents allowed this to happen.

Wrinkles The Clown is out from October 4th. Watch at your own risk. And, if you're looking for a better clown film, then I highly suggest you watch Joker, because the artistic masterpiece received an eight-minute standing ovation at the Venice Film Festival. Here's why...