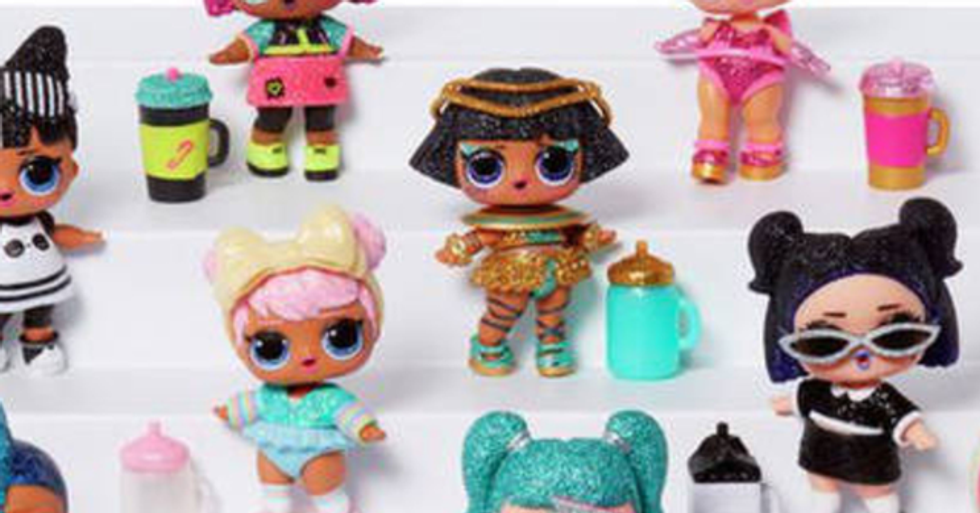 Parents have been left outraged after seeing a shocking feature on the LOL Surprise Dolls that many think is pretty gross...

Dolls are a consistently popular toy.

But dolls have a rather problematic history...

Barbie, the undisputed doll queen, has been criticized for her unrealistic body and misogynistic portrayals of womanhood.

And that's not all!

Creepy dolls have also long been the fodder of many horror movies.

Doll popularity seems in no danger of waning.

But the latest doll controversy?

There's no one method to parenting...

No matter what you do, there will always be someone ready to criticize your parenting techniques.

And, often, it is for the most trivial of reasons, but this time, it could be a really serious issue.

Keeping your children protected from scandals can be hard.

It seems like an impossible task to keep them from stumbling across topics that might harm or mislead them.

There is nothing wrong with educating your child and making sure they're safe...

But at what age is that appropriate?

Well, according to psychology, children start a crucial part of their cognitive development between the ages of 2-7.

Piaget's theory of cognitive development states that during the preoperational stage (which is the second stage of development), children learn to deal with symbols.

This is also the age where they learn to "manipulate symbols."

And these symbols come from "playing and pretending". The example given in the article states that "a child is able to use an object to represent something else, such as pretending a broom is a horse."

But it is important to note that symbols can continue to change until they reach the third stage of development.

However, the preoperational stage provides children with the basis to form the understanding from the things that they come into contact with during that time.

And that's why parents were outraged when they realized the toy they had bought for their child was "inappropriate."

A selection of the LOL Surprise Dolls have been revealed to hide a sinister secret.

Parents have taken to the internet to share their dismay.

Because underneath their trendy outfits, the dolls are secretly wearing something else.

These dolls have a surprisingly sexy set of lingerie on.

That only becomes visible after the dolls are soaked in cold water.

It's really not surprising that people are upset.

Because honestly, why is this a feature?

Parents have been sharing their results under the hashtag #SaveOurChildren.

With many calling this hidden feature "shocking," "inappropriate," and "disgusting."

From thigh-high boots to skimpy underwear to what looks like full-body tatts.

"So I was just told that when you put a LOL doll in water the clothes that appear is lingerie."

"Well I honestly didn’t believe it until I checked for myself, and I’ll be damned they do. Wtf is wrong with toy makers today?"

"This is so so wrong!! Stop sexualizing kids!"

What do you make of this weird revelation? Want more parenting controversy? Scroll on for the mom who defends smoking weed in front of her kids ...