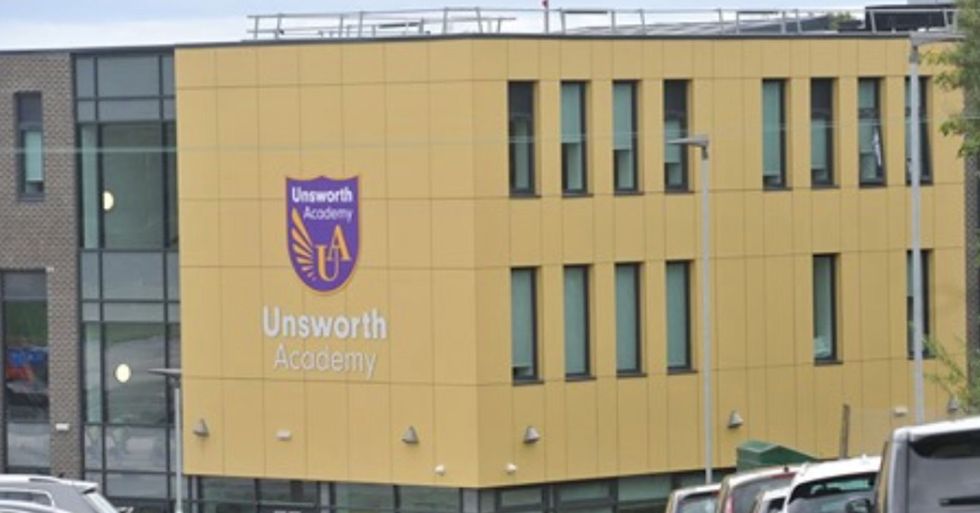 Parents have been left absolutely furious after school children were made to eat outside in the cold rain due to social distancing measures.

Is this acceptable during the pandemic? Keep on reading to find out more...

In the past few weeks, the entire world has been trying to get back to normality...

With life as we once knew it making a vague appearance.

This is of the utmost importance as we need to stop the spread of this deadly virus.

In fact, some precautions are becoming mandatory in some places...

Including the use of face masks.

In many parts of the world, it has become mandatory to wear a face mask in public spaces.

For example, the majority of supermarkets and retail stores now require customers to wear one, as well as methods of public transport.

And as for schools?

Well, this is when things get a little bit complicated.

As children all around the world start going back to school to start a new term...

Parents have been expressing some serious concern about their kid's safety.

Even though it has been medically proven that children are less likely to contract the virus...

Many parents - especially those who have underlying medical conditions - are worried about sending them back to a busy and crowded environment.

Well, this is why many schools have been enforcing special measures ready for the return of their children.

Schools here in the United States and in places such as the United Kingdom have been attempting to enforce measures such as face mask-wearing, social distancing, and the practice of excess hand-washing in order to protect everyone in the school.

Teachers and staff members are putting themselves at risk...

Because at the end of the day, our children need to be back in school. Period.

But we know what you're all thinking...

How on earth can social distancing be practiced in large schools with hundreds of students crammed into one small space?!

And already, many schools are spectacularly failing at maintaining these new safety measures.

One of these schools is in the United Kingdom...

And their shocking treatment of their high-schoolers has left parents absolutely furious.

Unsworth Academy in Bury, Greater Manchester, welcomed back it's students this week...

And like many schools in the country, they have implemented some strict new rules in order to keep the kids and staff safe.

But what the school failed to mention to parents is the fact that the students will now be required to eat their lunches outside, instead of in the dining hall.

Of course, this is fine on a warm, summer's day! But what about when it's blowing a thunderstorm... which is very common for the U.K?

Well, this is exactly what happened to the poor students of Unsworth Academy this week.

The Manchester Evening News reported that many unhappy pupils came home drenched after they had to spend their lunch break sat outside in the pouring rain. A lot of these poor students didn't even get to eat their lunch due to the terrible conditions.

Speaking to local media, they explained that they were not warned that lunchtime would be outside and shared the back to school risk assessment, which suggests large spaces such as the hall and dining hall would be used for wet breaks and dinner.

One of the angry moms said:

"They actually didn't eat their dinner at all until they got home as it was all getting wet so her memory of her first day at high school was cold, wet, and hungry. Other children were taking shelter under a tree or table tennis tables... We were not told that lunches would be eaten outside. We were only told that due to distancing, breaks will be outside regardless of the weather."

"Personally I am livid that a school finds it acceptable to put students outside to eat their lunch in all weathers. I’m not sure how they’re expected to juggle their lunchbox, their actual lunch, and an umbrella while fighting the elements trying to keep their sandwich dry. I believe the conditions are better at Her Majesty's Prisons."

The school tried to argue that due to the limited space indoors, they had no choice but to have the students eat outside...

But where is the humanity in that? They claimed, "It is going to be difficult to ensure social distancing if all our learners have to remain in school during wet breaks and lunchtimes. To minimise the challenges these wet breaks create, we would like all learners to ensure that, if wet weather is forecast, they bring a waterproof coat and an umbrella to school."

And students shouldn't have to miss out on their lunch break and spend the rest of the school day feeling cold and miserable.

But at the end of the day, we're living in a pandemic and social distancing is of the utmost importance.

What do you think? Do you think that school pupils should be given an exception in order to ensure they're warm and comfortable at school? Keep on reading to get the story about the students who were suspended from school for posting photos of crowded hallways online...