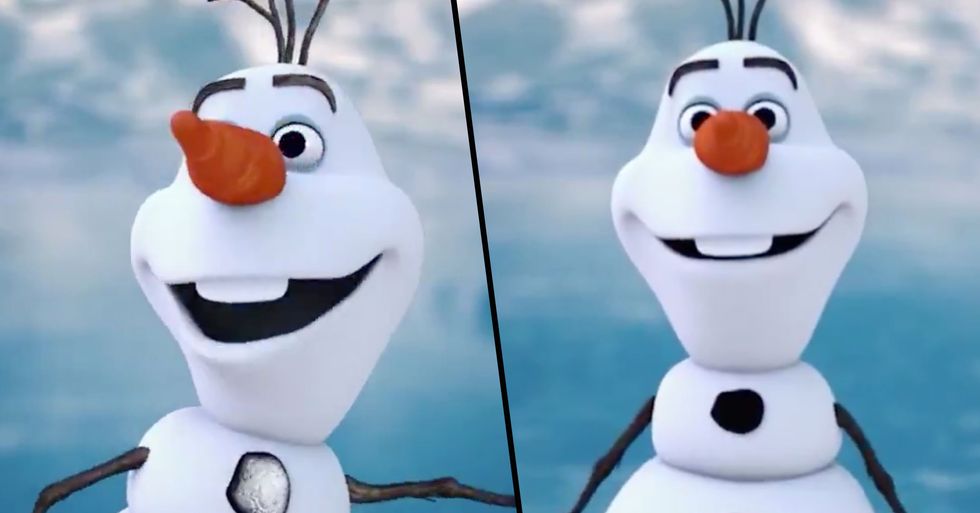 When you think of Frozen's Olaf, you think of a cheerful animated snowman don't you? You certainly don't think of him encouraging kids to drink alcohol, right?

Well, that's exactly what happened this weekend and parents are furious. Keep scrolling to see the controversial clip in question...

There's no doubt that Frozen 2 became one of the most anticipated flicks of 2019.

But this week, the franchise has hit the headlines for an unlikely reason…

On the eve of Mother’s day last weekend, Olaf showed up to Saturday Night Live.

Josh Gad, who lends his voice to the character in the hit movies, got into character to sing a song for viewers. Keep scrolling for the full clip.

But it seems parents were less than impressed…

Reprising his vocal performance as Olaf, Gad seems to be swept up in the moment…

Though he quickly realized what he’d signed up for.

After the clip aired, angry parents took to Twitter.

Many branded the sketch “irresponsible."

Others said they were “disgusted" with SNL.

And struggled to see the humor in the controversial skit.

Some even called out Josh Gad himself...

One person tweeted the star saying that him taking part was a “bad move."

What do you think? Disney recently landed themselves in serious hot water for a controversial May 4th tweet. Keep scrolling to find out why people were so annoyed...
20%

$18.14 $14.51
Buy Now
See More Deals
We hope you find these deals as awesome as we do! Just an FYI: we may receive a share of sales from links on this page