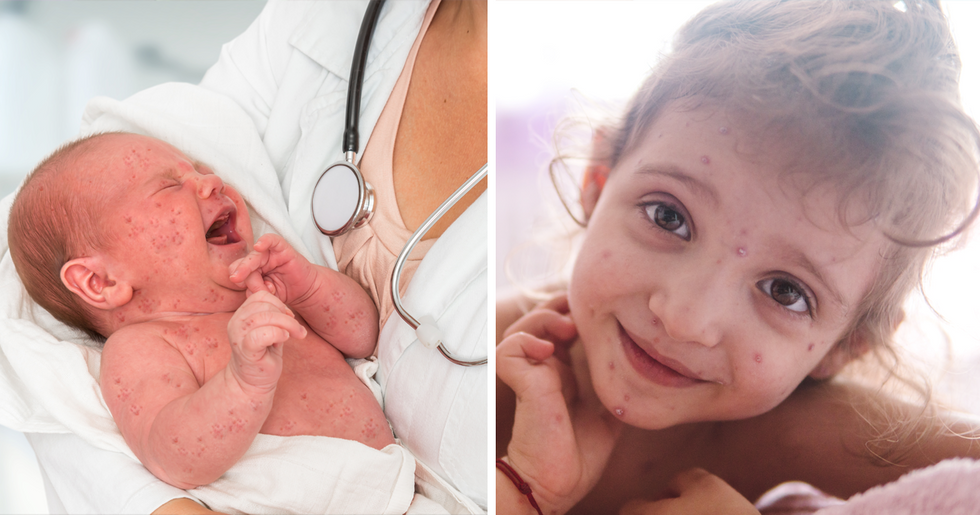 In 2019, vaccinations still remain the subject of controversy…

Often, when bringing up the subject among a social crowd, the topic will lead to some kind of argument, either supporting the medical practize or completely criticizing it – as dangerous, unhealthy and lethal.

No matter how you feel but vaccinations, you can’t deny that the topic is a touchy one to address, especially when children are brought into it.

Despite the amount of research which have been done to reflect the benefits of vaccinations, some people just don't get it.

Some parents believe that they have found a different way to assure that their kids are protected from disease but the newly discovered approach could just be putting children at further risk.

And that's not okay.

What’s this new craze? Well, you won’t believe it!

Vaccinations are a touchy subject.

For some, the medical practize is a way of assuring the health and safety of their children.

But some people don’t see them this way.

In fact, some people are completely against the use of vaccinations on children

Believing that they don't help to stop the spread of disease.

Often these people completely ignore the scientific evidence behind the use of vaccinations instead believing their own questionable beliefs.

It appears that some Anti-Vax parents have found a way to help their children.

But their approach may not be the best. Wait until you read what it is!

Because of a measles outbreak plaguing the city.

The officials announced that there had been over 285 cases of measles, all helming from the Brooklyn-based area of Williamsburg.

And there was a pattern emerging…

A common connection between the cases was that most of the people who had contracted the disease all came from the Orthodox Jewish communities.

Communities that are notoriously unvaccinated.

Among these communities, it's the children who are commonly unvaccinated. Leaving them open to disease and sickness.

And the Mayor of New York has had enough.

It was recently announced that Mayor Bill de Blasio is requiring vaccinations in certain zip code areas to help contain and halt the spread of the illness.

He has even set up a fine for those who do not receive treatment.

And if you are unable or refuse to receive the vaccination, you could be charged a fine of $1000.

But another issue is worrying the New York health officials.

Something being caused by parents who refuse to have their children vaccinated.

And the new craze is…

The idea is simple…

Parents bring their unvaccinated children together in the hope that they will contract the disease.

In the hopes that it will help them overcome it.

The popular belief is that you can only catch measles once in your life as your body will then become immune to catching the illness again.

And this is true.

.But it seems that the parents are not taking into account the implications of their actions.

And these “parties" aren’t the first to ever happen either.

Once upon a time, Chickenpox parties were very popular among small communities. According to Dr Oxiris Barbot: "Back in the day people were having parties to expose their kids to chickenpox. We live in a different world now... there are serious consequences to that."

And Barbot is right.

In March, Kentucky Governor, Matt Bevin revealed that he had also exposed his 9 children to the chickenpox disease, in the hope it would build their immunity.

But now we have the means to overcome the spread of disease.

The chickenpox vaccination wasn’t released to the public until 1995 and before then, chickenpox parties were viewed as the best way to assure your child’s well-being.

Again the parties operate on a basic belief.

That single exposure is enough to build a child’s immunity but that doesn’t mean that they’re safe.

Because such diseases are impossible to predict.

Whether it's chickenpox or measles, there is no way to predict how your child could react to the disease.

In an interview with INSIDER, Dr Natasha Burgert stated that: "Some kids will just get a few [chickenpox], some will die. You just don't know, so we vaccinate everyone [we can]."

She even called out the practice of such parties.

Calling them a “gamble." Basically you’re risking the lives of your children.

Confirming what many of us already know.

That the best way to make sure your children are safe, is by getting them vaccinated.

And these days, you can make sure they're protected from a young age.

The MMR vaccination protects children from measles and mumps, and the Centre of Disease Control and Prevention even recommends getting your children vaccinated as young as 12-15 months old.

To make sure they are always safe.

The vaccination is delivered in two doses with the second being recommended for children between the ages of 5 and 6.

And the results sound amazing.

There’s even a vaccination for all three.

You can even get your children vaccinated against mumps, measles and chickenpox all in one go now.

And it seems to be working its magic.

For according to the CDC: "Widespread use of measles vaccine has led to a greater than 99% reduction in measles cases compared with the pre-vaccine era."

Let’s hope these parties can be stopped.

Because they aren’t good for your children and in some cases, they're not even good for you.