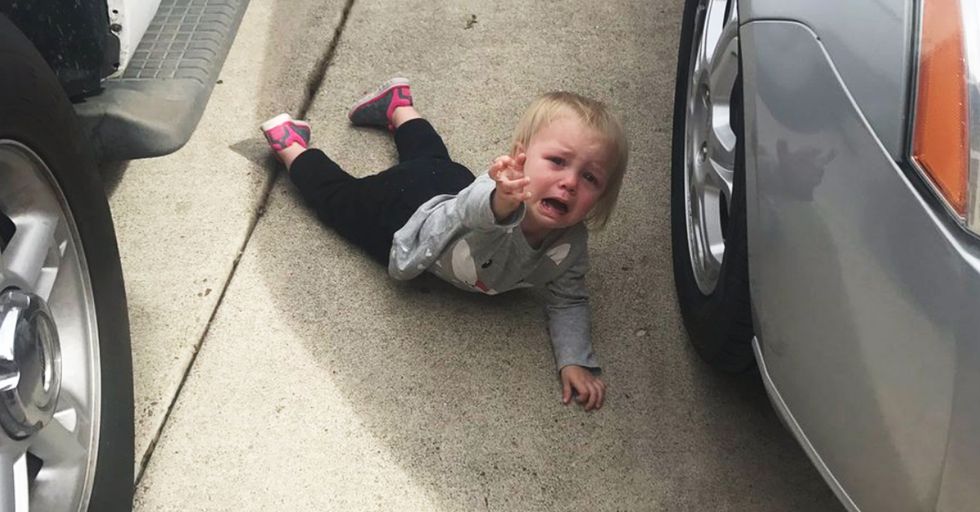 19 Parents Reveal the Hilarious Reasons Why Their Kid Is Crying

You know how kids say the darnedest things?

Well, they completely lose their sh*t over the darnedest things, too.

Kids cry for the craziest reasons.

And so parents came together on Twitter to share #WhyMyKidIsCrying, and their posts are so ridiculously funny you can do nothing but laugh.

Toast on the head

Her mom even tried to explain to her how people with toast on their heads are not taken seriously in this world, but she wasn't having it.

OK, real talk: When little kids chew on food, it becomes so horribly disgusting and soaked in slobber and disgusting.

The straw of doom

Let me guess: She wanted to do it. C'mon, mom, get with the program.

No poop for you

There are times when you truly question the sanity of your child. This is one of those times. The next one is precious...

I mean, how dare she, right? A nose is a very important thing.

Contrary to popular belief, she's not crying because her dad is trying to make her eat organic kale chips, which would be a very reasonable reason to cry. It's because those organic kale chips are weirdly shaped. Go figure.

Crying over ice water? This kid sounds less like a baby and more like a picky celebrity diva.

I know it's sometimes hard to believe, but things in the trash are usually there for a reason. The next one would have any parent pulling out their hair...

But she changed her mind! Why can't you change it after you've already cut it! It's not fair!

Oh my goodness, that pose is perfect. She's like a character in a movie being left behind by a ship.

What is wrong with a mother who cannot provide enough geese for her child's amusement? Seriously, parents these days...

No beer for the kid

Listen, kid, I get it. Beer is great.

The diaper indecision is real

Being a kid is hard and full of contradictions. Why can't parents understand that? The next one is actually too much...

Too much of a good thing

Girl, I get it. Pizza and cookies are where it's at.

Why would you ever try and take that booger away from him? It's stealing! That's his booger!

*through choked-up tears* How is he supposed to see the washer and the dryer if the door to the laundry room is closed?

Someday, she'll thank you. Until then, you can deal with the banshee screams.

You know what? This kid is right! Christmas Eve is a dupe by Big Christmas to make kids mad, and it's working. Share this with someone who would understand these parents' plights!