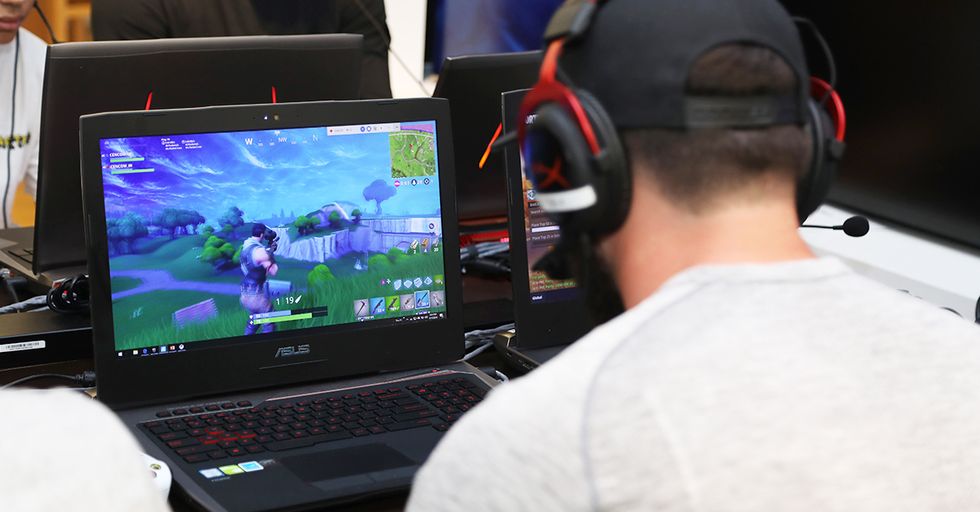 30 Things Parents Need To Know If Their Kids Play Fortnite

Are you a parent or guardian whose child is begging to play Fornite? Or maybe they already are, but you’re looking for a bit more information.

Either way, you’re in the right place! Fortnite is the latest gaming craze among youngsters of a certain age, and our guide will tell you everything you need to know about it!

What is Fortnite, anyway?

The obvious answer is “video game." Fortnite is an action-shooter game, with an online multiplayer version called Fortnite: Battle Royale.

The main game is single-player.

In the main Fortnite game, players survive a post-apocalyptic world by shooting down zombie-like creatures.

The popular part of it is actually a different game mode.

Battle Royale mode, the most popular part of Fortnite, pits teams of players against each other instead.

Fortnite is actually being praised for its emphasis on teamwork, strategy, and creative thinking! If you want to win a match, you’ve got to think fast and work with your fellow players.

Of course, Fortnite does contain violence; fighting and 'killing' other players is a core mechanic of the game.  Next up, we dive into Fortnite’s rating, and how helpful that is in getting to know the game!

Fortnite violence vs. other games:

It should be noted that the game doesn’t contain as much graphic detail as, say, Call of Duty; the violence is cartoonish in appearance.

How young is too young to play?

Ultimately, that’s up to each parent. Still, if we’re going by ratings as a guide, there are a couple helpful guides. Fortnite was given a T (teen) rating by the ESRB. This translates to ages 13 and up.

What went into the rating? According to the ESRB, "players use guns, swords, and grenades to fight skeleton-like monsters (husks) in ranged and melee-style combat. Players can also defeat enemies by using various traps (e.g., electric, spikes, poisonous gas). Battles are highlighted by frequent gunfire, explosions, and cries of pain."

It’s got a similar rating on the App Store.

Fortnite is listed on the App Store for ages 12 and up, with flags for “Frequent/Intense Cartoon and Fantasy Violence."

These ratings can help you determine how much you want your child playing. Not every child is the same, after all, but once you know what to expect, you’ll know if your child is suited to the game! On the next page, see how the social aspects of Fortnite come with both risks and rewards.

Essentially, Battle Royale starts off a match with 100 players. At the end, there’s one winner left standing.

Can players talk to each other?

Yes. This is another thing to be aware of; while Fortnite itself doesn’t have anything too inappropriate, players have the ability to engage in live and unmoderated chats: voice chat (with microphones) and text chat on the screen.

Make sure your child is careful when engaging in the chat features of the game. Playing with friends can be great fun, and they can also make friends through the game! Nevertheless, being wary of strangers is always important.

One way to mitigate the risk of your kids overhearing things they shouldn’t in the chat is to physically get them in a room with friends. That way, they’re still communicating with fellow players, but they don’t have to turn on the voice chat feature!

Speaking of voice chat, you don’t actually need it.

The voice chat feature is totally optional and can be disabled on Fortnite’s menu. How much will a fun time in Fortnite cost you, anyway? See the answer to this, and more, on the next page!

Where does the teamwork fit in?

Battle Royale also lets players build bases, and gives them objectives to reach. This is accomplished through effective communication and teamwork!

Is it free to play?

Battle Royale, the online multiplayer, is indeed free-to-play, which is why so many kids are playing it! The main game costs about $40.

Even the Battle Royale has catches.

Just keep in mind that there are in-game purchases for Battle Royale; the average player still spends about $85 on optional cosmetic items and content.

If you definitely don’t want your child buying things willy-nilly, make sure your credit card information is password protected! There are settings to do so within Fortnite.

Why is Fortnite “the new Minecraft?"

In other words, what’s so catchy about it? The short matches and highly accessible gameplay make this game one that kids can get easily attached to. Worried about children going overtime on the game? We’ve got you covered on the next page!

How long is each match?

The average Fortnite match in Battle Royale mode specifically is about 20 minutes long.

What makes it so addictive?

Because matches are so short, it’s easy to lose track of time and tell yourself “just one more." Plus, nobody wants to pause right in the middle of a match, when suspense and action is at its peak.

Don’t worry, you can make sure your child doesn’t play too long.

Allotted playtime is adjustable, as the game comes with a set of parental controls in its settings! You can also regulate in-game purchases here.

Basically, the game itself isn’t alarming to most experts. Make sure it’s not the child’s only activity, and you're all set.

Is one version of Fortnite more suitable than another?

Again, this one is mostly a judgment call. Both very obviously include the use of guns—although, again, the violence is bloodless. The main solo-player Fornite game is thought to be a bit scarier, due to the presence of zombie-like creatures called husks. What’s the verdict on Fortnite? Keep reading to find out!

What’s with Fortnite’s reputation for causing anger in kids?

It has been reported that Fortnite’s fierce competition has brought out negative attitudes in some younger players. This is intensified when you consider that Fortnite goes by instant-kill rules; once you die, it’s game over. That's not the case for every child, however, and if it does happen, there are solutions!

Is there a way to avoid negative attitude swings?

A simple way to keep your kids on an even keel when frustration is mounting is to have them take a break. You don’t even have to kick them off the game altogether; a regular break every so often is healthy.

If you’re ready to have your kids end their current session on Fortnite, it’s most helpful (and effective) to have them finish whatever match they’re on. If a player quits once a match has started, thus bailing on their teammates, they can actually lose standing in the game.

One thing is for sure: Fortnite has earned is fame.

The game has become a pop culture phenomenon, and it has amassed over 45 million players!

All in all, should kids play Fortnite?

As always, individual parents must make the final call, and know their kids well enough to know if Fortnite is right for them. Objectively, there’s a lot of fun and benefits to be found in Fortnite. As long as parents understand the dangers that come with such an engrossing game, and manage their kids’ time wisely, there’s no reason kids can’t enjoy it!