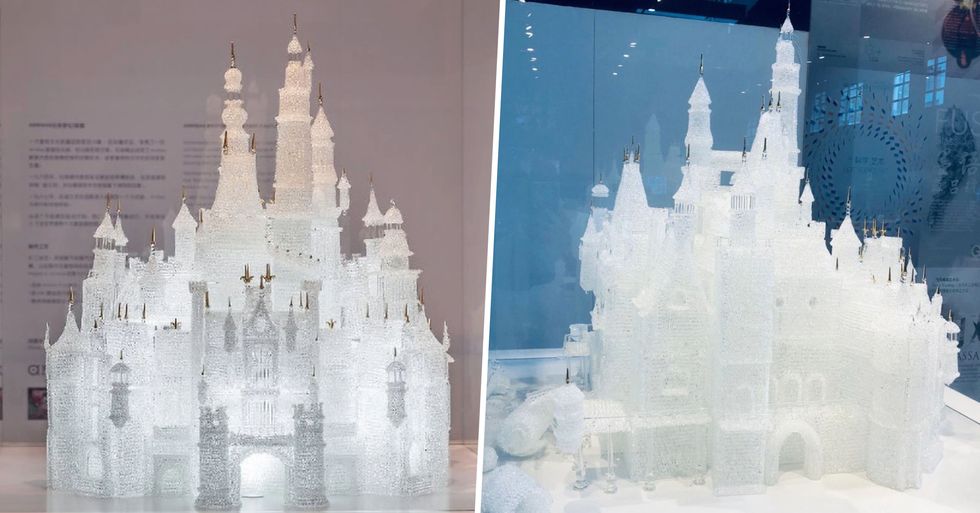 Parents Vow to Pay for Museum's $60,000 Statue After Kids Accidentally Destroy It

If there is one place children should not be running around in, it is a glass museum. And this story has divided parents online completely because of the heartbreaking consequences of such behavior.

Now the parents of the children have come forward and vowed to pay for the damage.

Read on to find out exactly what happened as well as the reactions from other parents...

A glass museum is not the ideal place for children, is it?

Well, these parents learned their lesson after their children broke a $60,000 Disney sculpture right in front of their eyes... Yeah, it's as bad as it sounds.

Teaching your kids the appropriate behavior for these kinds of situations is crucial.

Because if not, things like this Disney disaster will continue to happen.

However, no matter what you do, there will always be someone ready to criticize your parenting techniques.

And, often, it is for the most trivial of reasons.

But this incident has probably the most controversial yet...

And it has caused the internet to descend into a fierce debate.

The artwork, which was a replica of the iconic Disney castle was left shattered in a thousand pieces after the children decided to chase each other around the space.

And just to make matters worse, they even climbed over the protective barrier...

They then continued chasing each other around and knocked into the castle as they were doing so, sending it tumbling to the ground.

And a glass sculpture would not survive that kind of hit.

A glass replica of #ShanghaiDisneyland's castle has been put on display at the Shanghai Museum of Glass! https://t.co/lrclVCgK5u
— kotavision (@kotavision)1463767601.0

It was left so completely damaged, that it had to be removed from display.

The Fantasy Castle is an iconic one in the world of art.

Based on the Cinderella Castle at the Walt Disney World Resort, it was the world's largest glass blown castle. It even contains a 24 karat gold spiral. Impressive or what?

And just in case you weren't impressed already...

The piece also used half a million glass loops according to the artist's brother, Manuel Arribas, who, along with his brother, works for Disney Parks around the world.

Miguel Arribas, the artist had spent just over 500 hours completing the piece...

Only to have it knocked down right before the fifth anniversary.

The main spire was completely shattered, while most other sections also suffered some damage.

Even though the museum has not specified how much the damage will cost yet, the parents are already pulling out their wallets.

If you've got a spare wad of cash lying around, go for it, but that kind of money is not easily accessible to most.

Regardless of the amount, the parents have vowed to pay for the damage.

I don't think there's really a choice in this matter, to be honest.

The museum has contacted the artists, but due to the pandemic, it won't be possible for them to get there right now.

There are still certain travel restrictions in place, especially to and from China, so it's looking very likely that the Spaniards won't be able to get there in time for the fifth anniversary of the sculpture.

But here's the initial problem... Why were the kids running around a glass musuem?

I understand, "kids will be kids", but if you're a parent and you've decided to take them to such a dangerous location anyway, then why are you not keeping a watchful eye on them?

Kids don't just silently run around, you'd be able to hear them.

So, as a parent, why wasn't your first instinct to make sure you knew where they were or at least put an end to their inappropriate behavior when they first started running around?

It's all very confusing.

Shanghai Museum of Glass urged visitors to make sure they are following the guidelines. Running and crossing protective barriers is against protocol.

They have also issued an apology to their visitors.

The Fantasy Castle is a piece of artwork that attracts the masses and due to the extensive damage, it won't be on display to complete the current collection of glass art.

Some parents defended the "kids will be kids" phrase...

That amount of money would cause more than just "a few sleepless nights."

While others called parenting techniques into question...

It is their job to "take responsibility," this user explains.

And this user decided to argue with people defending the parents...

A museum of glass is not a playground. Everyone involved is lucky that none of the children were hurt in the process of the accident.

Let's just hope the artists are able to fix it...

In other controversial parenting news, read on to find out how one mom defends the fact that she smokes weed in front of her kids...