19 Parents Who Negotiated With Their Kids... and Lost | 22 Words 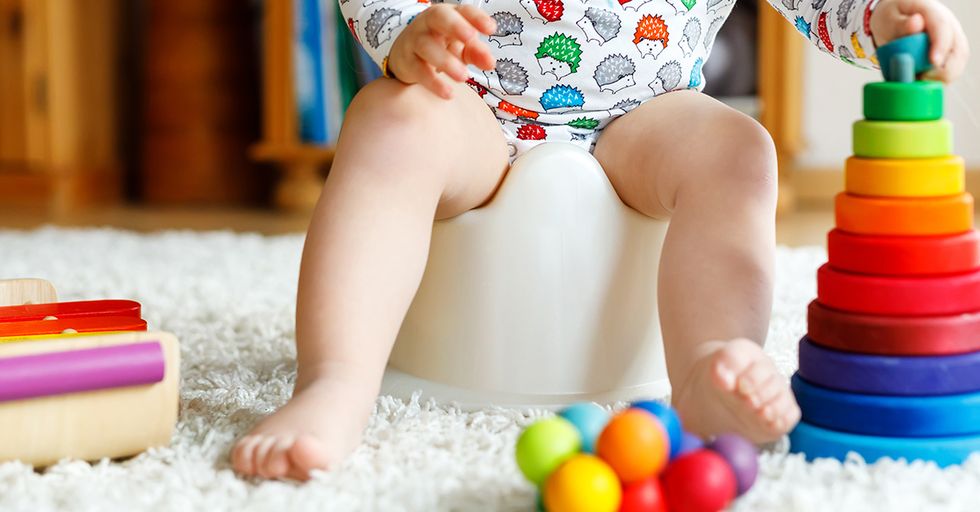 19 Parents Who Negotiated With Their Kids... and Lost

In a recent Reddit post, "Never gamble what you aren't willing to lose,"  parents shared the deals they've made with their kids in desperate yet mostly failed attempts to keep some small semblance of their sanity. Call it what you want; bargaining, negotiating, bribery or just flat out lie to yourself and call it a "reward system," but at the end of the day, one fact remains. A deal is a deal and you better deliver.

I myself have been known to offer a serving or two of rainbow sherbet ice cream (*cough*) before noon, in attempts to appease certain challenging and disgruntled customers, ages 2 and 4.

We're not perfect. We're desperate, tired, and there's an 85% chance that we are in need of a shower. We do what we gotta do. Don't judge us. OR actually, go ahead. But perhaps a scoop of sherbet would temporarily quiet your criticisms? Hmm?

Take comfort in these deals that parents made with their kids, and know that you are not alone in your daily parenting bribery tactics nor are you the only parent who totally sucks at the fine art of negotiation.

Just today I negotiated a deal with my four-year-old. Nothing fancy, just a good old-fashioned bribe to get him the hell out of my car. The terms were simple enough. If he went to preschool, then we would stop by grandma's house afterward. Why did I do such a thing? Well, like I said, he's four, you see, and his tiny knees have yet to be worn down from carrying the heavy burdens of life. When in the car, the tiny evil genius extends his legs and presses his feet against the back of my driver's seat in protest, locking his small yet sturdy knees like the jaws of life. After this tired, desperate, and disheveled mom had tried everything short of a public-middle-of-the-street-mother-son-wrestling-match, I caved. Of course, he insisted on a brief verbal confirmation from grandma via FaceTime before agreeing to the terms. I wiped the sweat from my brow and my son's tiny locked knees instantaneously released and off he went with a taunting skip in his step. What can I say? I'm just a mom, standing in front of a little boy, begging him to go away so she can be alone for four glorious hours. Is that too much to ask? Apparently, I'm also a mom who is going to have to take my son to visit grandma every day after school for the foreseeable future.

"Never gamble what you aren't willing to lose."

I know it's tempting but you shouldn't offer your kids sweet things to complete tasks. The little monster immediately cleaned his room and I had to share my cake with him. -u/Drunk_monk37

Parents, be prepared to pay the piper.

Ya I bribed my toddler with “candy" (fruit snacks) to take her antibiotics, and for dayyyyyys after she was done with the meds, she’d come up to me and say “mecine?" I asked her if she had an owie and she says “no, candy" HAHA - oh_ya_you_betcha

I'm potty training my kid with Hershey kisses. DONT JUDGE ME, he's my fourth and he's three and I'm done with fuc*ing diapers already.
-RawketLeeg
NO judgment here. I hear you. I feel your pain. Just get through the day mama, one Hershey's Kiss at a time.

We're all in this together.

Man, I'm using lollipops. I am just done with poop everywhere. Haha, good luck mama. -RawketLeeg This next mama really set herself up with this potty training bribe...

This mom's potty training deal with her toddler ended up having some unexpected implications...

My kid was fine with potty except for poop... so we started giving him the occasional Hot Wheel when he would poop in the toilet... Months later, we still get: Mommy, look at my poop! It’s big so I get a big car! -PaperclipGirl

This mom seems to have found a deal that she can stick with.

Potty training my 2-year-old at the moment, thank f*ck she loves stickers. -AvatarIII

And every once in awhile, everyone wins.

By the time we got to the last one, we taped a bunch of random candy and dollar store toys to the bathroom wall. If he pooped in the potty he could choose his prize. My prize was never buying or changing another diaper and I was more than willing to bribe my way across the finish line. -twinkie45

Never forget who you're dealing with.

I used to do the deal thing too. Then one day my 4-year-old pulls this out: “Well daddy, I took your deal and I changed it. I will not clean up the markers and still get a cookie. That’s the new deal." Ok, Darth Vader. -boxidea

Moms can have their cake and clean it up, too.

My best friend's nearly 4-year-old was eating [cake] and getting crumbs all over the floor which had just been cleaned. "Kathryn, please help mommy clean up all these crumbs." "No." "Ok, Kathryn, you can either help mommy or go to time out." Wheels obviously turning in Kathryn's head. "Ok, I'll go to time out!" She happily skipped over to the time out area and my BFF cleaned up crumbs...at least she didn't have to share cake! -zoyaheaven This kid could be the next host of "Let's Make a Deal."

Kids learn so quickly, in some cases... too quickly.

I used to always say, "I'll make you a deal," to my son and then go on to say if you do this, you can have this. Then my son started saying that to me when I would ask him to do something. "Buddy please clean up your room." "Okay, mama, I'll make you a deal..." I had to clear up who is the dealmaker real quick....and I also stopped doing that. ? -PotatoKingMom

Twenty-year commitment for a 20-minute chore? This mom really got the short end of the stick with this deal.

Made this mistake recently. We were thinking about getting a new kitten. Found one about 45 minutes away. Told my 11 yr old daughter that if she cleaned her room in 30 minutes, we'd go look at and possibly get the kitten. She had to fold all of her clothes and put them away, as well, because she'd just rearranged her furniture. I thought she'd never be able to do it. Well, she did. Room looked great. Went to look at the kitten. Adopted him. He had an upper respiratory infection that we didn't know about until a few days after when it started showing symptoms. We made the mistake of introducing him to our other cats a couple of days after adopting. $500 in vet bills later, her room is messy again. -The_Wicked_Ginja We wonder who in the world changes the litter box every time? Actually no. We don't. It's mom. Apparently, some parents must learn the hard way.

This next kid is smart. And slightly scary.

My nephew, when he was in daycare would hit another child at cleanup time so he would go on timeout and not have to clean. -Jesus_marley

My own kid would do the same when she didn't want to be at school that day. She knew that if she hit someone they would call for us to come to get her. We had to sit down with the staff and explain that they were rewarding her for her behavior. After they stopped sending her home, she stopped hitting. -Jesus_marley

This mom called her kid's bluff and straight shut him down.

Mine did this, except making himself throw up, rather than hitting. Once I made a rule that if he was too sick to be at school, he was too sick for Xbox, tablet, or computer, he stopped. -firead This next mom didn't have to work quite so hard to get her kid to behave...

And just when you least expect it, they'll surprise you.

So the other day my kid was playing with the tablet and begged me to let him continue playing when I went to take it away. I said "Ok, you can play, but no ice cream later" knowing full well he wouldn't give up ice cream. "OK, fine." "Well, shit." I thought to myself "there is no way when we go to get ice cream later that he isn't going to go into full meltdown because he can't have any. I really screwed myself here." So we get ice cream later and, lo and behold, not only does he not have a melt-down, he doesn't even ask for any. He just sits there content, totally happy with the deal we made. -EatATaco

Apparently, negotiating with children can be risky business. And not like young Tom Cruise in whitey-tighties 'Risky Business.' But like 'anarcho-capitalistic' risky business.

Yeah, I can imagine that once kids are smart enough to do some cost-benefit analysis, the "deals" start to backfire. I've heard similar stories when parents try to put a dollar or reward value on individual chores. It will sometimes evolve into an anarcho-capitalist free market in their home, where the kids see everything as an opportunity to haggle or refuse chores because they don't need any money right now. -feistypenguin

Bargain all you want but there ain't no way around it.

Also never promise kids stuff to get them to go to sleep because they’ll wake up extra early and call in that debt of yours.
-turtlewars

A deal is a deal.

When I was just about to turn 11 my friend’s cat was pregnant with kittens. I ask my dad if I can have a kitten and he says, full of sarcasm and smug disbelief that it’d actually happen “Yeah, if they’re born on your birthday." Birthday arrives and my friend calls screaming “They’re being born! It’s your birthday! Omg!" My dad didn’t believe me until he called the parents to confirm they were indeed born that day. I got a kitten. -OstentatiousSock

So, what have we learned?

Whether it's a Hershey's kiss or an expensive cat, one fact remains; ultimately, we will pay. We will always pay. We're parents. It's a part of the deal. Also, never, I repeat, never resort to pet bribery. Ever. Not even highly unlikely, hypothetical negotiations. Have you ever made a deal with the devil, ahem, excuse me, I mean, your child? How'd that work out for ya?! Share this with someone you know who's paid the price of negotiating with their kiddo!