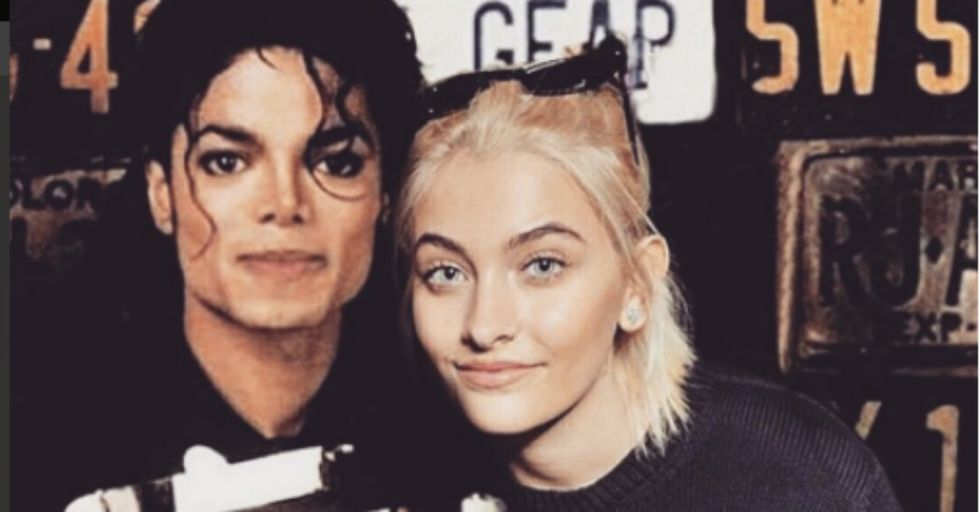 For most of his life, Michael Jackson was one of the most famous men in the world. Everyone knew the moonwalk and the words to at least one of his songs. He rose to levels of fame that up until that point in time, had seldom ever been reached before.

That's why his tragic death from cardiac arrest eight years ago shocked the world and truly took one of the world's greatest entertainers all too soon.

Few artists have had the reach and effect on the world the way that Michael Jackson did.

He transcended countries and cultures with his singing and dancing, at one time taking the title of the "King of Pop" and the less official title of the "Most Famous Man in the World."

Though he died young, his family lives on.

He has three children, who we'll introduce shortly, that carry on his legacy and talents in many different ways. They might not be Michael himself, but they are the closest the world will ever get to the departed star.

Like the rest of his millions (billions?) of adoring fans, MJ's kids wish to pay their respects to the fallen star.

The fact that he's also their father makes the tributes particularly touching.

Let's take a look at the children he left behind with his untimely passing, as well as the moving tribute that his daughter gave him.

It's as permanent as her love for her dad, and certainly as touching. It's easy to forget that the man had a family, but the following images will certainly remind you.

He had three children — Paris, Prince, and Michael Jr. (Blanket) — left behind to carry on his name.

Speaking of 19-year-old Paris, to say she's into tattoos would be an understatement. Paris, who signed earlier this year with IMG Models, is said to have 50 different tattoos, and she recently added some more ink.

On June 25, the eighth anniversary of her father's death, she got the word "Applehead" inked on her foot.

She posted a picture of the tattoo on Instagram, along with the caption, "With every step I take, you lift my foot and guide me forward. love you." “Applehead" was a term of endearment she and those close to the late singer would affectionally call him.

With fifty tattoos, it's no surprise this isn't the first one to honor her dad.

She has the word "Bad" inked on her hand, in the same font as on Michael Jackson's album cover.

Here's a look at the album that inspired that tattoo.

It remains one of the best-selling albums in global history, with the eponymous song, as well as "Man in the Mirror."

She also has the cover art from her father's album Dangerous tattooed on her forearm.

“When I was a kid, I was with my dad and my two brothers," she told Harpers Bazaar. “Growing up, I was treated as the favorite because I was the only girl." “I was the princess; I was perfect in my dad’s eyes," she added. Despite that, she remained close with her brothers, and even has matching tattoos with Prince of the famous Chinese symbol of Yin and Yang.

That tribe is derived from this visual, an eastern-inspired piece that graced the cover his album as well.

As you can see, Paris chooses to honor her late dad through much of his work, which seems fitting. After all, that's the way he touched the lives of millions of people in the far corners of the globe.

Speaking of Prince, he has his own body art honoring Michael.

“Sometimes I feel like my big brother and I always think the same thoughts," Paris said. “He just doesn’t have a filter and always vocalizes them." And he wasn't done with tattoos yet either...

It's clear that honoring their father is a family affair, much as Michael's early career was with his siblings.

The Jackson 5 took the world by storm, so such intimate tributes by his newer, surviving family seem very appropriate.

Proof that while he might be gone, a part of him with always be with his kids.

The most recent piece may not have come from an album, but that doesn't mean it's not rife with significance.

Tributes come in many ways, and it's clear that Paris has found the way that works for her. Regardless of what you think of tattoos or even Michael Jackson, you have to appreciate the sentiment from a daughter.

It's a safe bet that dad is looking down, proud and moved by his daughter's display.

He's also no doubt inspired to see what the future holds for his daughter and her siblings, who lost their dad far too young.