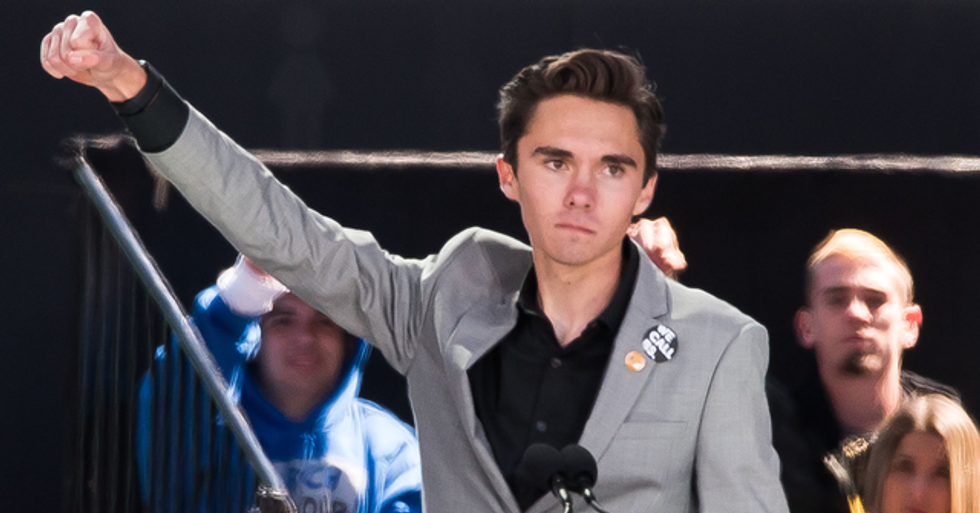 School shootings are a horrific problem in the USA. But with the NRA facing huge issues, one survivor has taken to Twitter to explain why it's something to celebrate.

David Hogg is a survivor of the horrific Parkland school shooting.

And, like many other teens from the school, he's gone on to be a huge anti-gun activist.

And his latest move has the NRA quaking in their boots.

As it seems there are huge systemic problems that could spell the end for the controversial organization.

The NRA fiercely defend the rights of gun owners.

Seemingly regardless of the tragic and horrifying consequences.

And one area of life that's particularly suffering?

The school systems, which have been under immense pressure from shootings in the past years.

Columbine was another of the earliest school shooting examples.

It is also the fourth-deadliest mass shooting by a single person in U.S. history. On December 14th, 2012, twenty-year-old Adam Lanza went into Sandy Hook Elementary school in Connecticut and shot and killed twenty-six people - including children aged between 6-7 years old. He had shot and killed his mother before driving to the school and committing these horrific murders.

Nikolas Cruz was a nineteen-year-old expelled student who opened fire on the school with a semi-automatic rifle. In both 2016 and 2017, the sheriff's office received a number of tips about Cruz's threats to carry out a school shooting. He had previously posted on Youtube and on social media talking about his plans to conduct a mass shooting, but the authorities dismissed these tips which eventually lead to Cruz killing all of these innocent people.

As those in power seem to drag their feet on legislating for any sort of safer gun laws.

This month's March reportedly marked the first March without a school shooting in the United States... since 2002.

Robert Klemko tweeted that the last time there was a March with no shootings was nearly 2 decades ago, and even that was a close call.

In fact, according to reports, gun sales increased significantly during the months prior.

The debates around gun control continue to rage on...

But it currently looks as though the NRA is in trouble.

As the New York attorney general has filed a lawsuit calling for the dissolution of the NRA and the removal of CEO Wayne LaPierre.

The organization is allegedly rife with corruption.

And it seems Parkland survivor, David Hogg, is extremely happy to see the NRA go.

There was also this amazing response.

"Thoughts and prayers" don't seem so useful now, do they?

WHich Hogg then repeated.

This time sending those same "thoughts and prayers" to Trump himself.

The NRA has allegedly been misusing charitable funds for years.

To the tune of $64 million, according to The Washington Post.

And the NRA response?

Well, it just seems as though most people aren't buying it.

Could this be a move in the right direction?

Want more proof of the NRA's damage to the US? Scroll on ...