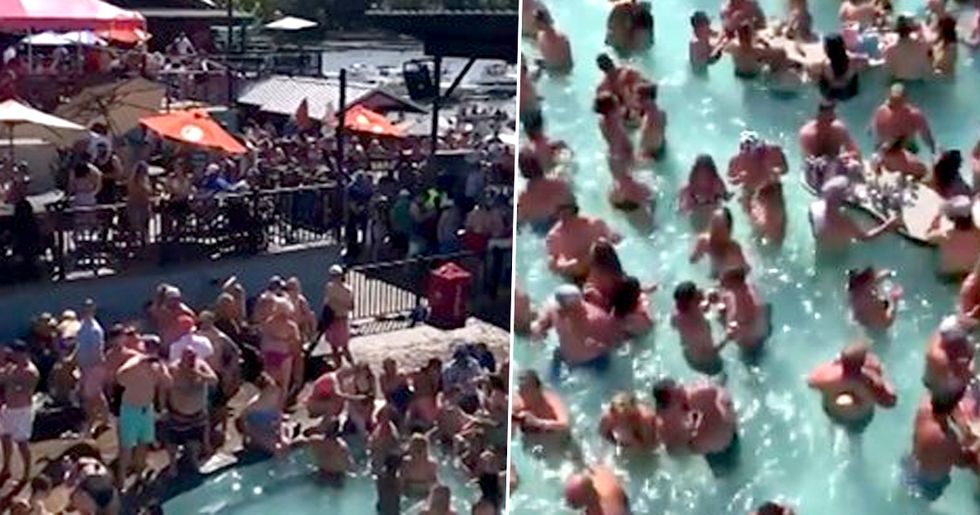 But things aren't back to normal and we definitely need to keep social distancing - otherwise, figures are going to get much worse.

Unfortunately, there was a huge memorial day party at Lake of the Ozarks recently and people definitely weren't social distancing. Now it's been confirmed that one person in attendance had COVID-19.

Things certainly aren't back to normal just yet - and we need to make sure we keep following the restrictions and guidelines in place.

Otherwise things could get much worse.

Which is something we definitely don't need!

But in Missouri, people have already been partying.

And shocking footage for the Park of the Ozarks shows countless people partying for Memorial Day - and they certainly aren't socially distancing.

Journalist Scott Pasmore shared the shocking footage of the water park, which was re-opened with social distancing measures in place, but people really weren't paying attention!

One person can infect dozens.

While things definitely seem to be getting better, we need to remember how easily COVID-19 can spread. Go out. Have fun. But keep your distances for goodness sake!

Well one person who attended the huge pool party has been diagnosed with COVID-19.

The health department confirmed the news.

Writing online, The Camden County Health Department posted online confirming the news, and claimed that the 'case' had been at the pool party at bar Backwater Jacks, as well as a number of other bars and public places.

Camden County Health Department has been notified of a Boone County resident who has tested positive for Covid-19 after being in the Lake area on May 23 & 24. The case arrived here on Saturday and developed illness on Sunday, so was likely incubating illness and possibly infectious at the time of the visit.

Due to the need to inform mass numbers of unknown people, we are publicly releasing the following timeline, which was provided by the case. Investigation is in progress by Boone County Health Department, with Lake Area Health Departments assisting with local contacts.

There have been no cases reported in Camden County residents this week.

How many people will have been infected just from that pool party alone now? How many will die as a direct result of attending. Is it really that hard to stay at home?