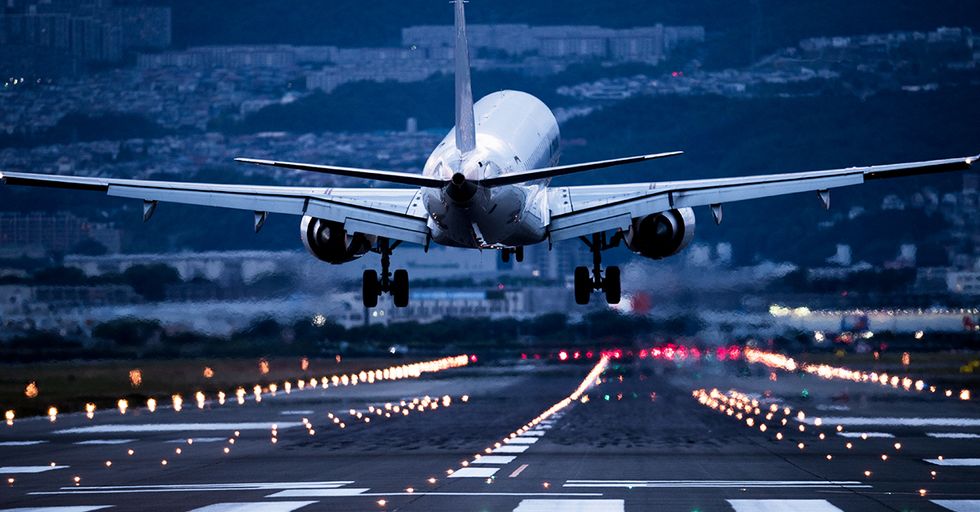 Most of us are familiar with the rigorous standards at every airport security checkpoint. Supposedly, it's impossible to get anything through security that the TSA agents don't allow. Naturally, this includes firearms or weapons of any kind. And that's a good thing; we want to be as safe as possible when we're flying.

But a new story has called TSA security into question. That's because recently, someone was able to bring a gun through security and onto an airplane. And Delta airlines reported the gaffe to the TSA after landing in Tokyo, Japan. But how did this happen in the first place? Read up on the whole story, and what people are saying about it now!

So, the TSA had a breach of security.

And this didn't just happen yesterday – it was back on January 3rd, right as the new year began.

We all know the rules.

Liquids and aerosols are allowed in restricted amounts, absolutely no explosives (i.e. fireworks), firearms may only be transported in checked baggage, and we have to take our shoes off when we go through security.

There are more rules, but that's the gist.

Note in particular the "firearms may only be in checked baggage" part, because that's exactly what didn't happen on January 3rd.

Someone actually walked through security with a gun.

Somehow, a passenger passed through security and boarded a Delta Airlines flight to Tokyo, Japan with a gun in their carry-on luggage.

The plane got all the way to Japan.

Which means there was an unchecked firearm on a 14-hour international flight. Yikes!

So how did this happen?

The TSA released a statement after the event. "TSA has determined standard procedures were not followed and a passenger did, in fact, pass through a standard screening TSA checkpoint with a firearm at Hartsfield-Jackson Atlanta International Airport on the morning of January 3rd," the statement reads.

In a statement to CNN, Delta said that "upon the customer's disclosure, the airline reported the incident to the TSA."

Many are blaming the government shutdown as the cause of this mishap.

The incident occurred about two weeks after the government shutdown began in late December of 2018.

In case you're unsure of what the shutdown has to do with this:

Basically, lawmakers had a deadline of midnight on Dec. 21, 2018, to pass several pieces of federal budget legislation. When they failed to meet the deadline, the government went into partial shutdown.

And that puts TSA agents in an unfortunate position.

Because they still have to work – we can't just abandon airport safety, after all – but they're not being paid.

And many TSA agents are rightfully frustrated by that.

January 11th marked the first time TSA (and other federal employees) lost a paycheck to the government because of the shutdown. And some TSA agents are refusing to work through it.

Miami airport has shut down a terminal.

On January 12th, Miami International Airport announced it was temporarily closing one of its terminals, to accommodate the shortage of workers.

But, when you factor in things like childcare costs, it's actually costing some agents more money to go to work, at a time when they're not receiving any income. That makes things difficult.

So there have been a lot of sick days.

CNN reported that on January 4th (the day after the security breach), hundreds of agents from four major airports had called in sick to work.

Despite all that, the TSA claims that this breach wasn't caused by the shutdown.

The TSA has reported that there were a normal number of staffers on hand at the Hartsfield-Jackson Atlanta International Airport that day and that the breach had nothing to do with the government shutdown.

"The perception that this might have occurred as a result of the partial government shutdown would be false," the  TSA said on  Twitter.

Apparently, more people turned up for work than last year.

"The perception that this might have occurred as a result of the partial government shutdown would be false," TSA said. "The national unscheduled absence rate of TSA staff on Thursday, Jan. 3rd, 2019, was 4.8 percent compared to 6.3 percent last year, Thursday, Jan. 4th, 2018. So in fact, the national call-out rate was higher a year ago than this year on that date."

Michael Bilello is the TSA assistant administrator for public affairs. He has acknowledged the increase in absences since the shutdown but has also insisted it hasn't affected anything.

But it still isn't business as usual.

Yes, the TSA is continuing to do its job, which enables Americans to keep traveling in safety. But the dissatisfaction of the TSA's agents speaks for itself.

The TSA has promised that it is handling the situation.

The TSA has also stated of the security breach that it will "hold those responsible appropriately accountable."

And, to be fair, this isn't the first security breach.

Even when it was business as usual, and no shutdown, the TSA hasn't always caught weapons that passed through security.

One acting administrator was reassigned because of it.

In 2015, a report found that TSA screeners failed to detect weapons and explosives in almost every test that an undercover team conducted – across dozens of airports.

There are a LOT of people going without pay.

Approximately 51,000 TSA agents number among the 800,000 either working without pay or not able to work at all in the shutdown.

The Air Traffic Controllers Union, Aviation Safety Inspectors Union, and other various travel groups have condemned the consequences of the shutdown.

But ultimately, we can still travel safely.

Both the TSA and outside aviation experts have declared that flying is still safe for people. So that, at least, is good news.

But travelers are beginning to notice other side-effects of the shutdown.

Experts have said that longer security lines and flight delays will be travelers' biggest problems. No dramatic changes have happened yet, but experts are concerned that things will worsen if the shutdown continues.

And the government shutdown could make things dangerous in the future.

As we've said earlier, flying is perfectly safe. But experts are also concerned that it won't be as safe if the shutdown is still happening, say, a few months from now.

That's because a shutdown isn't meant to be sustainable.

In a few months, understaffing and employees quitting would be much worse. In addition, the government shutdown means that pilots can't get their licenses renewed. New air traffic controllers (and other crucially important positions) can't be trained to assume their roles.

Right now, the TSA has measures to keep everything running smoothly, and it'll continue to operate in a safe and secure way. What exactly was the cause of the hidden gun hasn't been made clear – so let's just hope the TSA can pay its workers again soon. Share this news with your friends!