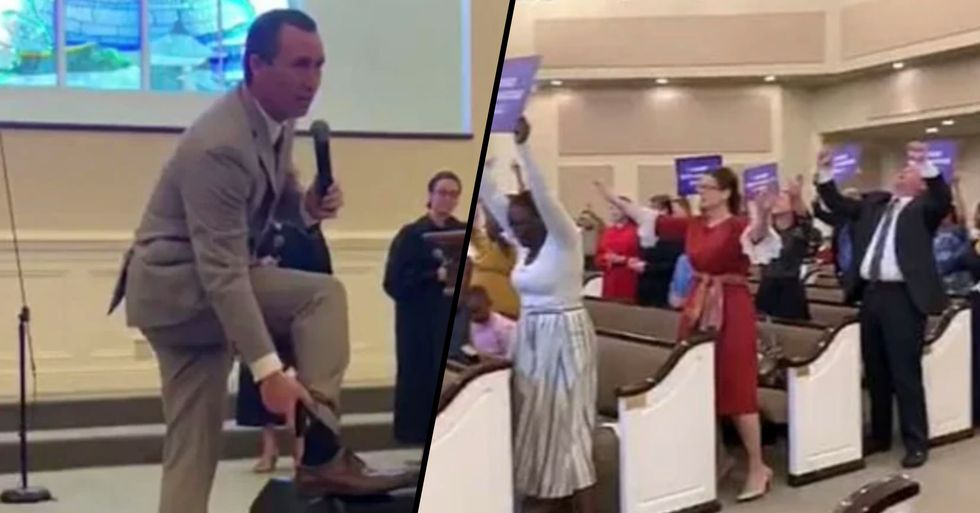 This week, as his defiance of the law continues, the infamous pastor has held a church service despite being on house arrest.

Keep scrolling to watch the shocking clip, and to see how local authorities have reacted...

Self-isolation is about protecting others and slowing down the spread of #Covid_19. It is very important that anyon… https://t.co/vccShkApbV
— FishCross Medical (@FishCross Medical)1587977196.0

The Pastor vowed to never close his church...

On the religious day of Palm Sunday, thousands of people across the country attended church services.

But regardless of his ignorant mindset, he still continues to boast a huge following.

Or else more and more people will lose their lives to this deadly virus. The controversial leader has also whipped up another flawless idea, which he calls the #PastorSpellStimulusChallenge. It has 3 rules: The first rule is it starts this Sunday. The second rule is to donate your stimulus money. The third rule is to give your money away to North American evangelists, missionaries or ministers who haven't received any money in the last month. What?

And If that wasn't enough, the Pastor is now holding packed church services while on house arrest.

Spell was arrested last Tuesday for allegedly trying to run over a protester and placed on home confinement, but that didn't stop him going to church. The pastor showed off his ankle tag to his congregation and said that it was a shame that people have to "hide."

Spell continues to believe he is above the law.

"It's a blatant disrespect to the law and to the judge's order. It's further proof Tony Spell is out for himself and has no respect for the law," Chief Corcoran said.

Matters have become even crazier...

There's even a protest scheduled outside the PD to protest the "unconstitutional arrest of Tony Spell," organized by TV evangelist Joshua Feuerstein.

Truly unbelievable. For more like this, keep scrolling to learn about the deadly fate of a pastor in Virginia who held a packed church service amid the pandemic...