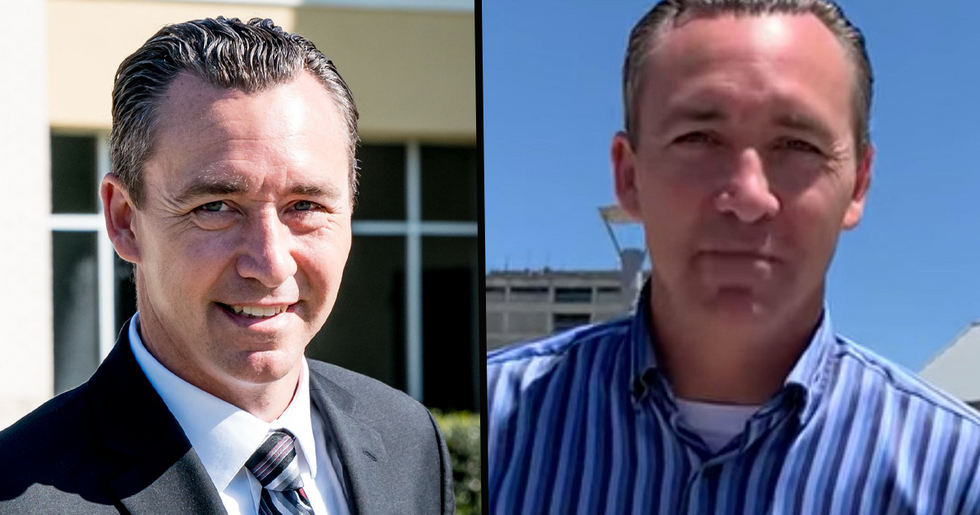 Pastor Tony Spell has been hiding behind the word of god for too long, and it looks like his devilish plan has reared its ugly head once again, this time, it's clear that he hasn't been completely truthful about where that money's going...

But he doesn't seem to care and many have theories as to what the money's really been spent on.

Once again, pastor Tony Spell has hoodwinked America, but this time he's making a profit.

What the money's being spent on has left the internet seething, but it doesn't look like he's stopping anytime soon...

It's been made pretty clear that mass gatherings are not allowed to happen until further notice...

And it seems that Pastor Rodney Howard-Browne has set a trend...

Thousands of people across the country have continued to attend church services.

Jack Roberts, a seventy-six-year-old preacher at Maryville Baptist Church in Louisville, Kentucky, said he would rather face a fine than close his doors. "I’m not interested in trying to defy the government," he said, "I don’t want to battle with anybody. What I’d like to do is just preach the gospel, and that’s become more difficult as time’s gone on. And it’s truthfully what I plan on doing."

People online aren't happy about these congregations. And one pastor is determined to get the internet all riled up.

And he has really been outdoing himself during the pandemic by encouraging mass gatherings at his church.

Spell has recently faced charges for continuing to hold these gatherings, but this hasn't stopped him, as he was simply doing "what the Lord told him to do."

But regardless of his ignorant mindset, he still continues to boast a huge following...

And If that wasn't enough, the Pastor is coming for your stimulus check...

The controversial leader whipped up another flawless idea last month, which he calls the #PastorSpellStimulusChallenge.

At first, people praised the Spell for his actions, although some were a little skeptical.

He doesn't specify whether you should donate all your stimulus, but he is still encouraging people to donate as much as they can... and there's a devilish reason behind his plan.

You'd think a pastor would understand that people are in desperate need of their stimulus to stay afloat.

Then again, he doesn't seem to be the type of person too concerned with the wellbeing of his congregation.

As it turns out, the pastor was a wolf in sheep's clothing all along...

Using the name of god to pocket the money from his, and many other churches...

But for now, it doesn't look like there's any limit to what Tony Spell can get away with...

Since his "stimulus challenge" began on April 19, 205 people have given a percent of their stimulus checks to his church.

That includes outsiders that don't even belong to his church! He's clearly a pretty good con artist.

Surprisingly, Spell would not reveal how much cash he's hauled in from the public.

Although if our calculations are correct, it's a whopping sum of money...

It's not impossible to believe that his wife was using this money to bail him out of jail! If each donor gave 10% of their $1,200 stimulus, that's juicy $24,600 straight into Spell's bank.

Although it could be a lot more as Spell was encouraging doting donors to give their full checks to "the church."

Despite his recent run-in with the law, he continues to act like he's above it.

And he's not changing his mind any time soon...

This weekend he plans on leading another service, where he expects a bigger turnout than the 800 people last week, and his pockets will be better off for it. Keep scrolling to find out what happened to one pastor who refused to close his church...