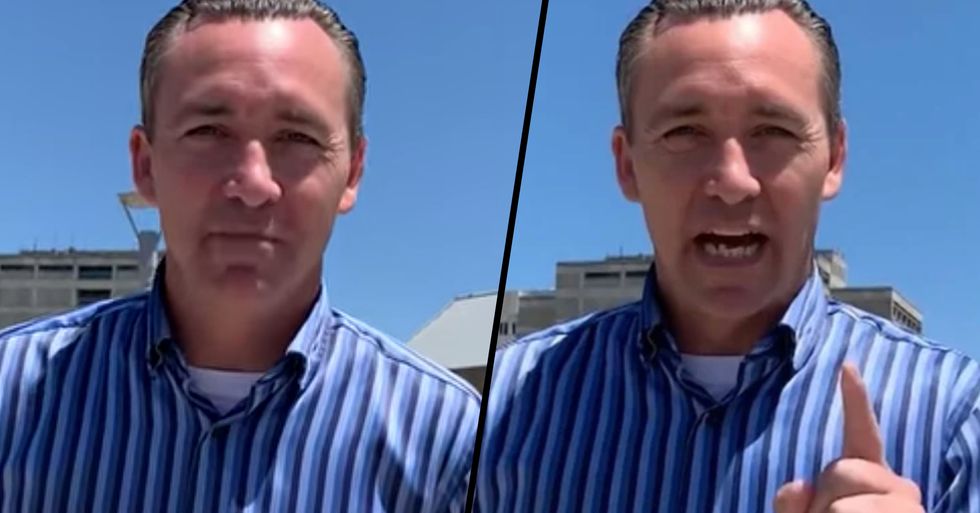 Despite thousands being wiped out by the deadly pandemic, and the rules put in place to keep people safe, some still think it doesn't affect them...

You'd think a religious organization would only ever do what's best for its congregation, but the shocking footage reveals this clearly isn't the case.

And now one pastor wants you to do the most unimaginable thing with your stimulus, all in the name of god.

Since the first case in Washington, there have been 614,246 more confirmed cases across the country and 26,064 deaths.

On the religious day of Palm Sunday last week, thousands of people across the country attended church services.

But regardless of his ignorant mindset, he still continues to boast a huge following... and scenes from Easter Sunday most certainly prove this.

And If that wasn't enough, the Pastor is now coming for your stimulus check...

The controversial leader has whipped up another flawless idea, which he calls the #PastorSpellStimulusChallenge.

The first rule is it starts this Sunday. The second rule is to donate your stimulus money. The third rule is to give your money away to North American evangelists, missionaries or ministers who haven't received any money in the last month.

Oddly enough none of the rules involve him pocketing the money. Still, that's not stopped people being skeptical.

He doesn't specify whether you should donate all your stimulus but has put his money where his mouth is, and donated all his $1200 to his cause along with his wife.

You'd think a pastor would understand that people are in desperate need of their stimulus to stay afloat.

Then again, he doesn't seem to be the type of person too concerned with the wellbeing of his congregation. Keep scrolling to learn about the Virginia Pastor who has passed away from the virus after continuing to hold gatherings...