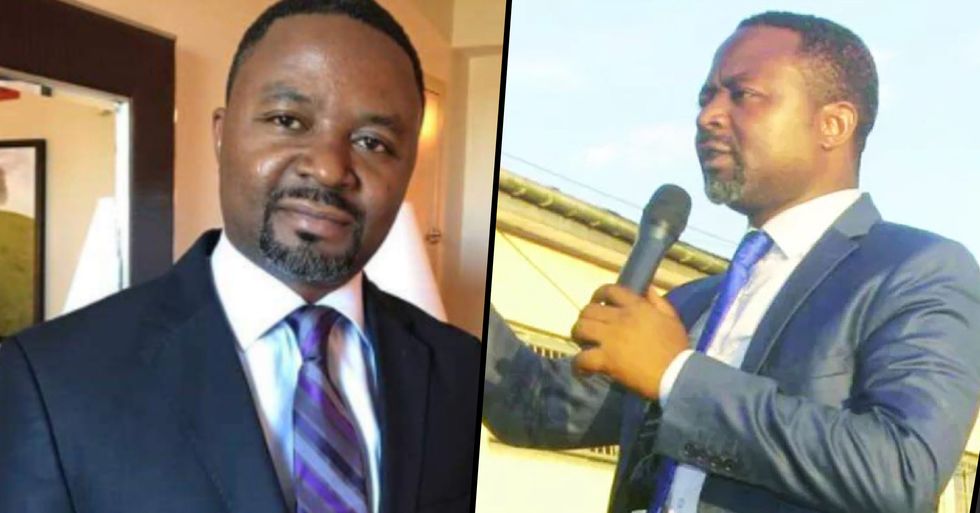 Pastor Who Claimed to Cure Coronavirus With Faith Dies of Coronavirus

A pastor who made very bold claims that he had cured the coronavirus with his faith passed away last week... from coronavirus.

Keep scrolling to learn more about this shocking story...

A pastor who claimed to have cured the deadly virus with his faith has sadly passed away.

But this isn't the only case of pandemic-related crises amongst the religious community...

So let's firstly have a quick recap of these unfortunate turns of events.

During these dark and turbulent times, many have been turning to their faith for comfort.

Religious people all over the world are turning to God amid the ongoing medical pandemic, and many are seeking answers from their religious books and readings.

Religious leaders are working hard at keeping people united during the pandemic...

And, despite places of worship closing their doors and mass gatherings remaining suspended indefinitely, these religious figures are continuing to spread messages of faith and positivity.

Pope Francis, the leader of the worldwide Catholic Church, encouraged people to use the pandemic as an opportunity to reflect on how they use their time...

And claimed that it is the time to build on conversation with others. "What we are living now is a place of "metanoia" [conversion], and we have the chance to begin," Pope Francis said. "So, let's not let it slip from us, and let's move ahead."

He sees the pandemic as a time for creative challenges.

"I'm living this as a time of great uncertainty," the Pope explained. "It's a time for inventing, for creativity."

And, most importantly, he wants people to look out for one another.

He said: "Protect the elderly from solitude. Make sure that no one is left in the desperation of abandonment and discouragement. Console those who are most fragile, encourage those who waver, intercede for the poor."

But, sadly, not all religious figures are spreading such positive messages.

A growing number of right-wing pastors have been causing shock and outrage regarding their stance on the ongoing pandemic.

And, while some have been ignoring lockdown sanctions and encouraging mass gatherings...

Others have been saying some pretty appalling things about those who have succumbed to the virus.

Tony Spell has been no stranger to ruffling some feathers.

This Louisiana pastor, from the Life Tabernacle Church, is the latest to come under fire for his rather controversial stance on the medical pandemic.

The pastor is notoriously anti-LGBTQ, and is a member of the homophobic group, Louisiana Family Forum, according to the LGBTQ community of Louisiana. According to Spell, “It is unnatural for boys to be attracted to boys, and girls to girls!" He went on to say that "same-sex marriage gives the benefit of sexual pleasure and marital rights while separating themselves from the responsibility of reproduction."

But, amid the pandemic, he has been truly outdoing himself.

Back in March, Spell was criticized for continuing to host and encourage mass gatherings, despite social-distancing measures being put in place.

He has been determined to keep his church doors open during the pandemic...

Despite the fact it could endanger the lives of his worshipers.

The pastor is facing charges for the gatherings...

But this doesn't phase him, as he was simply doing "what the Lord told him to do."

But now, he has caused even more outrage.

Just when we thought this guy couldn't get any worse, he goes and makes some pretty damning comments regarding the victims of the pandemic.

According to Spell, if any of his church members die from the virus, they'll have done so in the name of God and freedom.

And he believes that "true Christians" won't mind dying from the virus.

When asked if he would have blood on his hands if one of his worshipers died from the virus, he nonchalantly replied:

"No. The day that we walked through the valley of the shadow of death, we will fear no evil because God is with us."

"The bible teaches us to be absent from our bodies to be present with the Lord."

He continued: "So, for any revolutionary, any zeolite, or any pure religious person, death looks to them like a welcome friend."

"True Christians do not mind dying - They fear to live in fear."

When asked if he thinks his worshipers would rather come to the service and risk dying from the virus than staying at home, he responded: "People that can prefer disgrace to danger, and people that prefer tyranny over freedom, do not deserve freedom."

He believes that those who die are "free."

"They will die as free people fighting for their convictions."

And, of course, Spell doesn't believe that people should be remaining self-isolated.

He said, with a look of pure contempt on his face: "People have been locked in their homes for twenty-three-days now. Like prisoners. The only vent that they have for their emotions is coming through the house of God and worshiping."

He finished with some wisdomful words on the matter.

Well, it seems that Spell's "words of wisdom" were complete and utter garbage.

News is just in that Pastor Frankline Ndifor, who is from Buea in Cameroon, passed away from the deadly virus last week on the 16th of May - proving first hand that Spell's words are a load of nonsense.

The authorities had to use force to enter Ndifor’s residence because his followers, who believed he was a prophet, had blocked entry as they prayed for his resurrection.

The pastor made very bold claims that he had cured the deadly virus.

"This is a pastor that has been laying hands [on the sick] and claiming that he cures COVID-19," one of his followers, Rigobert Che, told local media. "If you, the person that claims that you are curing COVID-19, you are dead, what about the fellow people that were affected by the COVID-19? Now that he is dead, I do not know how the people that he was laying hands on will be healed."

Things get even worse...

Ndifor’s family and followers had planned to contest the death ruling and keep the body for his "resurrection."

It seems that the family are in complete denial that their son has gone...

And what is even more worrying is that Ndifor has lead his thousands of followers to believe that the virus can be cured by a religious faith - which isn't at all true.

Ndifor was laid to rest this week by authorities...

The Cameroon Tribune reported that police needed teargas to disperse the crowd surrounding the pastor's resting place, and a very quick burial was performed.

Our thoughts go out to his family during this difficult time.
20%