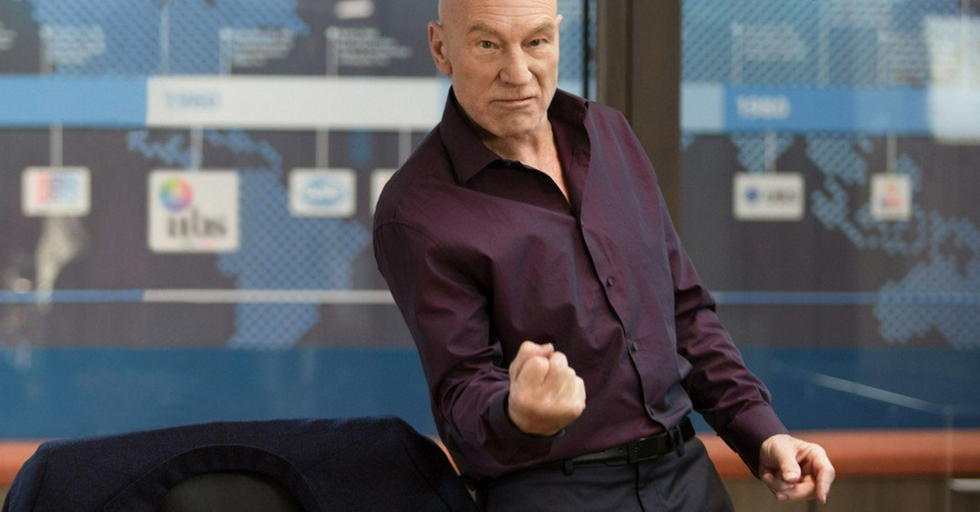 This week the world was rocked by Blake Shelton's upset victory in People Magazine's Sexiest Man Alive contest. And amidst all the drama, only one man was captain enough to shut the whole scandal down.

This week the world was rocked by a lot of stuff that really mattered and one big thing that didn't at all.

Blake Shelton was named the sexiest man alive by People Magazine. After a contentious campaign season filled with numerous sexiest man debates, the contest was close, and controversial.

People were taken aback by the decision that seemed to many as very out-of-left-field.

The employees of People magazine being forced to write about Blake Shelton being the sexiest man alive https://t.co/e49uVNlRwn
— shqueen (@shqueen)1510940907.0

Not that Blake Shelton isn't sexy, it's just that there are a lot of men who are very much alive right now. And lots of Twitter users didn't have him at the top of their list.

Though he did have fans coming through.

There are plenty of people for whom Blake Shelton is a tall drink of hot sexy middle aged hairy cocoa. And that's fine! To each their own. And he had plenty of celebrity supporters as well.

Hugh Jackman himself was offering tips.

As a former bearer of the coveted title himself, Jackman knows all about the role and responsibilities that come with it. It's a heavy burden to bear.

Ryan Reynolds, on the other hand, had fighting words for both Shelton and Jackson.

Pointing out that neither of them held a candle to a man who is still very much alive and definitely the reining king in the sexy department. But no one expected Patrick Stewart himself to shut the whole thing down with a single tweet.

The captain himself is here to lay down the law.

Gentlemen, come at me when you are THIS sexy. #SexiestManAlive #WelcomeToTheGunShow @BlakeShelton @RealHughJackman… https://t.co/2w3pOl0mvA
— Patrick Stewart (@Patrick Stewart)1510926688.0

Issuing a challenge no man has yet been brave enough to answer, Stewart tweeted out a retro pic of himself at peak sexy - putting all the other contenders to shame. And reminding us all of a time when you had to read a magazine to see what was going to be on tv.

And sure enough, even the reigning champ agreed.

If this were Game of Thrones, you might say Shelton bent the knee to the man he agreed was the true king of the sexy north. And all of Twitter follow suit.

Everyone paid their respects.

Captain Pickard commands the respect of more than just die-hard trekkies. He's truly everyone's captain, and so his status as permanent sexiest man was impossibly to argue.

Who else could pull off a leather vest?

That's the kind of confidence and leadership we need in a sexy king, especially in times like these. It's been a really rough year for men, after all.

He's one of the dudes we need to keep.

With every day bringing new revelations of sexual harassment and abuse, we need the men who understand consensual sexiness now more than ever. Men like these are keeping sexy alive.