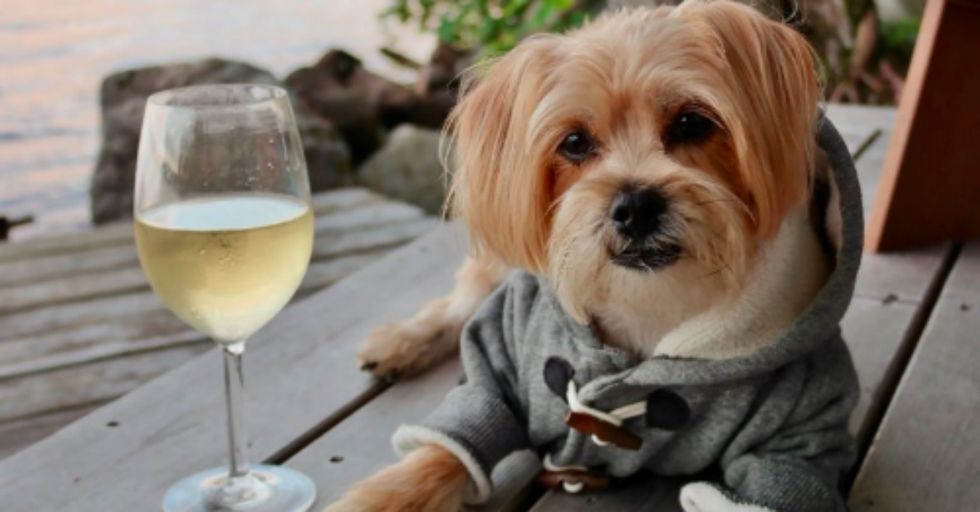 19 of the Best Pet Photos from #AllAmericanPetPhotoDay

There's not a whole lot to be proud of as an American these days. But one thing is for certain: Our pets are better than we are.

We love any excuse for a holiday. And that's literally the only reason we got #AllAmericanPetPhotoDay on July 11.

But I'm not complaining because tons of people shared incredibly adorable photos of their pets, and now we've gathered some of our favorites for you.

Some pets were totally decked out for #AllAmericanPetPhotoDay. Some were not. All were adorable.

This cat named Justice is exhausted, and that pretty much sums up how every American is feeling these days.

There's no doubt that Scout here is a star of epic proportions. The bow tie really completes the look.

Henry here is the First Dog of Indiana, and Henry wants YOU to pet him on the head and give him a treat. The next one might be the most American Pet of them all.

Is there anything more American than relaxing by a lake with a crisp, cool glass of white wine? I think not. Rambo, the puppy, gets it.

Max and Minnie are making two faces that I make almost every single day when I hear the news.

This corgi is peering into your soul to let you know that although being an American is rough right now, if we fight hard, there's still hope. I know, but that's what he's saying!

Just hanging out and doing nothing with your BFF. Supremely American.

Anna Belle, the cat, knows her angles, but she's also staring off into space wondering when this will all end. We get it, Anna Belle. The next cat is also making a priceless face

When their owner went to take this photo, Zee the cat was like, "Hold on, let me get my serious, dignified face on."

This rescue pup knows how lucky she is to lead the life she lives. She's grateful to her human family every single day.

Vote for Hank to Make American Fluffy Again! Honestly, I would vote for this dog over anyone who's in the White House right now.

Astro has that sort of "deer in headlights" look that has characterized American life for the last two years. We're on the same page, Astro.

Maggie May was abandoned and injured, but some amazing folks picked her up and nursed her back to health before she was adopted to a loving furever family! The next pup is way too cute to handle.

One ear up and one ear down, hanging out the window of a car on the road to freedom! Looks pretty patriotic to me!

Roscoe is just drooling with the possibility that you will scratch his belly today. Make his dreams come true!

Look at this face. You can't tell me you don't love this face.

Porter is such a ham for the camera! What's more American than snapping selfies?!

Look at this little nugget puppy in a patriotic dress! Share this with someone who needs a smile!