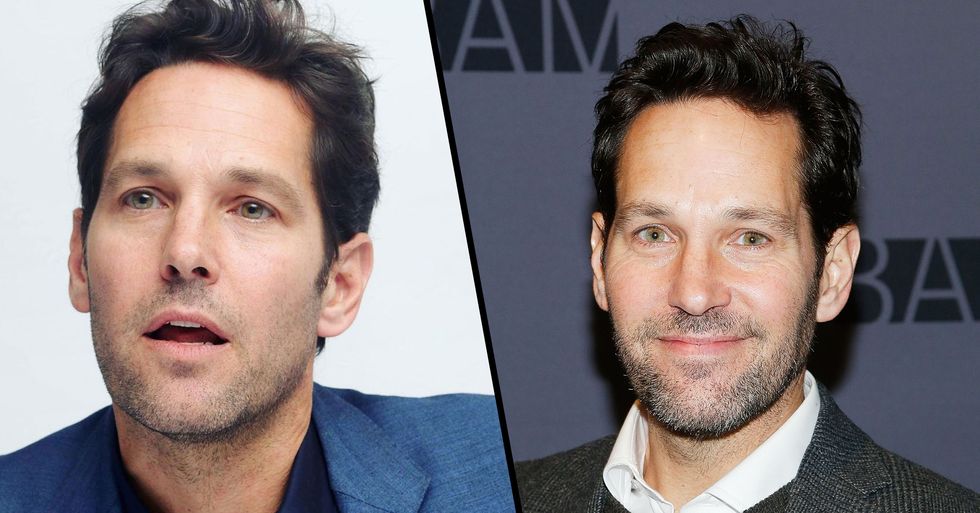 There are many phenomenons in life and Paul Rudd's age is most certainly one of them.

Fans are consistently left baffled by the actor's never-changing flawless appearance, and we simply can't believe how old he is after celebrating his birthday yesterday.

Paul Rudd remains to be one of life's many mysteries...

And this mystery is his complete inability to age.

And we need to know his secret!

But firstly, let's start from the beginning.

Paul Rudd was born in New Jersey, but he later relocated with his family to Lenexa, Kansas.

Paul had a relatively normal upbringing...

And he went on to major in theatre at the University of Kansas... a gradual start to a successful acting career.

He appeared in the TV drama Sisters where he played Kirby Quimby Philby, and later in 1994, he had a recurring role in Wild Oats.

The actor well and truly began making a name for himself...

And he was recognized strongly as a comedy actor, especially after his guest appearance in the iconic sitcom Friends back in 2002.

He is now a household name.

But there's more to Paul than just comedy.

The actor impressed millions with his leading role in Marvel's Ant-Man, which was a huge success.

Paul has earned himself a loyal fan base all around the world...

And there's one thing in particular that fans are forever puzzling over...

And that is his age.

Paul celebrated his birthday yesterday on the 6th of April.

Many fans refuse to believe that the actor is as old as he is...

And we will be the first to admit that we have also been questioning this matter. Just look at him!

Paul's inability to age has been a phenomenon questioned for years now...

And fans all over the world have been pondering... what is his secret?!

Amidst the birthday messages yesterday...

Many began poking fun at his youthful appearance by guessing his age, with Billy On The Street star Billy Eichner guessing that Paul is eighty-eight.

And he acknowledged that Paul seems to completely defy the normal human aging process.

Some fans couldn't decide if the actor was in his twenties or in his eighties...

And neither could we!

A killer skin-care routine must be involved to look this good...

How can someone still look this young?!

We need to come to terms with the fact that Paul Rudd simply does not age...

And we are completely fine with that. Happy birthday fifty-first birthday, Paul!