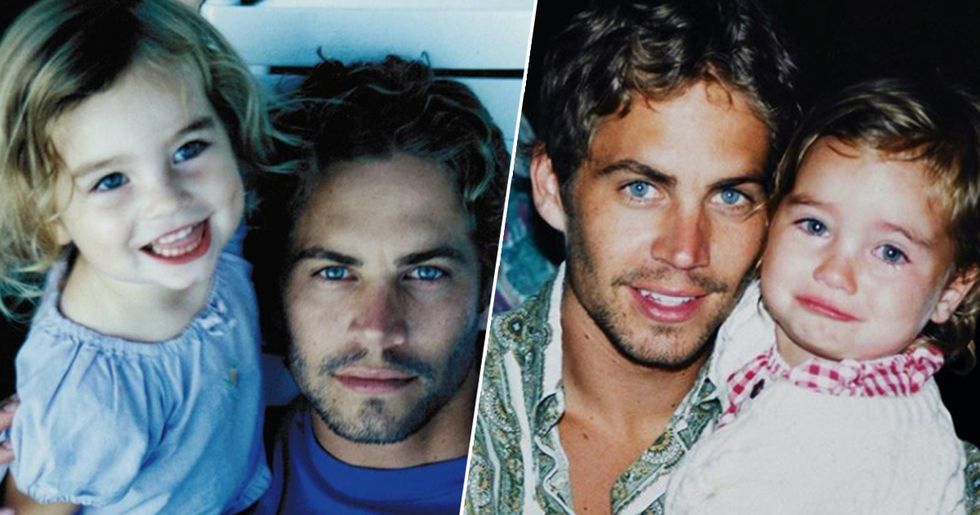 The actor left behind his now twenty-one-year-old daughter, Meadow, who regularly pays tribute to Paul on social media.

Now, on her father's birthday, Meadow has yet again honored her dad with a beautiful post.

Keep scrolling to see for yourself...

In his untimely death, Paul left behind his daughter, Meadow, who was only fifteen years old at the time.

And a few weeks back,, Meadow reunited with her dad's Fast and Furious co-star Vin Diesel's kids.

Pauline, 5, and Similce, twelve, and Vincent, ten, posed alongside Meadow in the snap.

The picture is adorable.

The comments were filled with love.

Celebrities and fans alike gushed over the pic.

Many said the snap made them tear up.

And to honor the special day, Meadow paid a beautiful tribute to her dad on Instagram. She shared one photo of her and her dad, writing:

The moment I realized we are twins. happy birthday to the most beautiful soul.

She shared another photo too.

In honor of my dad's birthday, I'm kicking off our annual do good challenge. this year, I'm keeping it simple and close to my heart. I am so blessed to be in love with my best friends. thank you Diva and Morgan for working on this project with me to capture a snippet of our friendships. my friendships are my foundation. they are my family. tell your friends you love them and acknowledge them for standing by your side no matter what.